Skip to main content
Postgame
..... Tigers 5
did you know I have the game's 2nd WICKEDEST fastball? ... me either 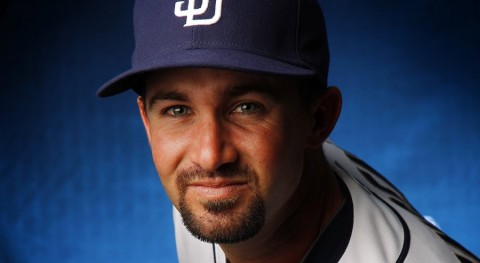 His rhythm had been 1-2 on a scale of 10 the last two games.  In this one it was a 5 on average ... 4-5 to start the game, 7 in the second, 3-4 for a couple innings after, 7 again later.  Blowers pointed out you don't see a lot of 7-foot golfers; it's too much area to control on the arc.  Same reason you have to let a miracle lefthander slowly figure his career out.  Good thing is, the trendline on the rhythm is "up" and quickly going up.

Paxton fanned 8, walked 2 and gave up 3 earnies.  Against a less right-handed power team he'd have given up, oh, 2 runs in 6.  But give the Tigers (and the ump) credit.  They cobbled four runs against our ace; we wound up doing the same to theirs.

So this was K-Pax, the rookie who came up for 4 starts and blew away four playoff teams.  With an unpredictable near-100 heater and a curve he would only throw in spots.  Such a pitcher would be about #10, #12 in the league.  But of course Zeus -- the one who hits spots with his fastball and works ahead 1-2 all the time -- will be back.

Having a tremendous year, of course, the M's best reliever after Sugar.  A very good career setup man, having a career type of year with his command.

On TV they had a long discussion about the crazy SwStr% on Vincent's 89 MPH fastball.  (Vincent is #2 in baseball on fastball whiff rate, to Aroldis Chapman.  The other guys in the top twenty throw 95 or more.)

Servais said he stood behind home plate in Arizona - real competition - and said "You know, you stand back there and you just can't pick the ball up out of his hand until he's let it go."  Which, Blowers said, is equal to 90 MPH becoming 96 MPH, or words to that effect.

Watch the video now:  is it that the baseball remains behind his body during the windup?  Maybe hitters are used to catching a flash of the ball to start their clocks, and Vincent doesn't give them that?

In any case.  The M's have their young superstar closer back.  And a tough setup crew behind.  The M's bullpen is in playoff shape, easily.  Let's go to war.

Am I the only one who thought calling on Diaz in the 9th inning was a suspect move?

We had a three run lead, so you didn't have to get him up.  A (very promising) rookie on the mound tonight and he had thrown 66 pitches over 3 consecutive days.

There are no off days until Monday.  Somebody else wasn't rested?

"he's got a young arm, he should be fine" is the opposite of logical. Young arms break more, not less, when overexposed.  I would rather have handed the ball to someone else, though I don't think we had any good options...unless you wanted to trust Povse with a save chance. Cishek is the opposite of a good option and he pitched the prior two days, Vincent and Zych were used up, Ayala...er...Altavilla is bad at life, and neither Pazos nor Scrabble would be wise choices against the top of their righty-loaded order. That leaves Gallardo and Povse.

Had the same thought

But I'm not as certain that it's the right thought.  They do know better than I what the arms are capable of any given day and days in a row.  The game to get to .500 is as important as the one to get over .500.  I'd think Diaz is unavailable tonight now, but I'm not used to seeing even 4 in a row.   Who knows...

Brad Adam called it his favorite win of the year.  Considering it was perfect against through 5, 4 runs down and then the events of knocking Verlander out and later taking the lead.   I'm with him on that.

Thanks for the reads the last week, everyone.  I have barely had time to keep up on posts, no time to comment.  Been increasingly busy with summer plannings and doings.  Those tickets for the 23rd that I had no idea who would start?  Well, my daughter gets to see Felix for the first time.

Can you imagine if they'd given it to Gallardo?

First appearance after demoting him from the rotation - here, save this gut-punch of a game?

Oh man. Not a fan of the Diaz move either, ackowledging that it worked well in hindsight, but it also could have been so very much worse.

Late reply, but I felt

Late reply, but I felt exactly the same way last night. The only answer I could think of was this: The weightiest factor for Servais might have been that he didn't want to blow the kind of comeback win that inspires teams to go on streaks. Not saying that's what he thought, it's just all I could think of.

But in my book, it was precisely because you could not count on Diaz being effective in the fourth straight game that you put someone else in. Personally, I felt it was an unnecessary risk not so much for Diaz, but for the game itself. So if you want to ensure holding the lead under those circumstances, you bring in another reliever you can trust to hold a three-run lead.

Who would you have gone with, though?

As noted, Vincent and Zych were already spent, Pazos and Zip would have been bad match-up choices against this line-up, Cishek is terrible. Altavilla is Ayala, and that leaves the overused Diaz vs. Povse or Gallardo.

...I could see giving Povse a go. What a major league debut, but also what a vote of confidence. I think a tired Diaz is still likely the better choice... but that's my plan B if I'm Servais in that scenario.

The problem was not created in the 9th inning though

Matt... I am in FULL agreement with you that when it came to the 9th, Diaz was really the only option.

The beef that I have is, and this is at least the 5th time this year the M's coaching staff has done this... this coaching staff does not truly have an adaptable in game pitching plan. They take each inning on it's own. This is how we end up with DeJong getting a loss in his very first game ever in the MLB by being the only choice in an extra inning game. IFFFF Diaz blows the game last night, there really was not much of a back up plan other than Pazos, Gallardo and Povse. I realize there are times a coaching staff has to put rookies / inexperienced guys in tough spots, but those spots should not be in the 9th or in extra innings.

Why not pitch Povse in the 7th (or 8th) right after the M's took the lead? Or even Gallardo, and save Vincent for the 9th... and IFFF Povse was pitching well, then he could have possibly even finished the game, and the M's save Vincent and Diaz for another day.

Nick Vincent could surely have gone out there for a 2nd inning.  Not sure when, exactly, 2.0 innings for a reliever became "verboten."

Pazos would have come in had the M's scored one more run for +4; why can't Pazos come in with +3?  It continues to annoy me that managers push buttons to address a STATISTIC.