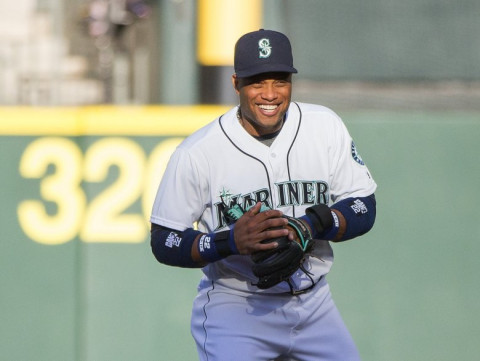 Mallex is cheaper than Z, under control for longer, and a better player in all MID or LO scenarios. Only in the HI does Zunino win, based on the 15% chance (1) that for one year he manages to keep his swing tight and is a .850 OPS catcher who gets a few MVP votes. Still, the odds of this happening in the next two years are terrible, and if he did it this year we still might not make the playoffs, so who cares? Also, Heredia for Fraley is hilarious. One has upside, the other has none. Pure theft.

If Sheff is the real deal, (2) or Swanson/DTW are useful, this looks better. But just in terms of how they look today, this seems about right for an ace with a short track record and Ferrari injury profile. Again, it looks better in the context of the rebuild, but in a near-vacuum the talent level of the org probably stayed about neutral. But I think there’s more upside than downside.

The way I see it, you literally had to trade Diaz to convince someone to take Robby. (3) His contract will pay him 24MM until he's 40. No one wants that, at all. And personally, I hate to see Diaz go. Just like I hated to see Sherm leave the Hawks. You don't let a HOF in their prime walk, if you don't have to. In this case maybe we have had to. Also, if Diaz goes on to have the HOF career he looks capable of, I think he would literally be the first closer ever to do so with his build. Am I wrong? Can anyone think of a wire-thin guy who threw 96-98 for ten years? I dunno, much as it hurts to watch him leave we are definitely selling at the maximum peak of an extremely volatile asset. I would actually argue that Cano for 50MM of dead money would never have flown, and that Diaz' surplus value was equal to not only Kelenic/Dunn, but also the delta needed to make them take Cano. So, long story short, this hinges on Diaz. If he stays healthy, we can't win this trade without Kelenic also going HOF. (4) If he doesn't... which seems likely, given RP history and build... then we win. Emphatically, I bet. So my 6 rating is really just the hybrid of the 4 DWN and 8 UP, which hinge on the 3-4 year durability of one man’s right arm.

There is essentially no upside here. Segura is a stellar player on a below market contract at an important position. JP Crawford, in the UP scenario, is hoping to be a 98 OPS bat with a good glove. In that case, maybe he provides a bit more value then Jean did by being cheaper, but meh. The only possible way this makes sense is if Jean had turned into a Figginsesque prima donna, single-handedly threatening to drag the clubhouse below the minimum threshold required to field a functional team. Which, being the only logical explanation, Occam’s Razor suggests is the right one. (5) Maybe this is what Dr. Martin was talking about: Jerry and Scott, in a fit of pique, bemoaning that Robby had turned Jean into a drama queen while both were holed up in the Dominican.

Meh. The pick is nice. It looks better if Edwin kills it in the first half and gets traded to a contender for something cool. If he plays the whole year here, let alone next year, this is just a shuffling of the deck chairs.

Now we’re talking! An in-arb closer (7.3MM this year, up with a bullet from there) for a catcher who can hit? Sure, maybe Narvaez’ defense tanks this scheme, but I doubt it: Bref has his dWar at 0.0, 0.3, and 0.1 for his three years at C. An average defensive catcher with a career 106 OPS who’s still pre-arb? Age 27 with experience? This is the kind of scrub you build a winner with, baby.

I headed into this post thinking this was a 10/10, brilliant baseball move. Then I discovered that both Bref and Fangraphs hate hate HATE Santana’s defense. (6) Hate it! Both ding him consistently for an entire Win of limited range over a full season. This is troubling. No one had told me he was a trash defender. Mike Blowers said he could run well, Jerry Scott said he might play center, and a Denizen said he has a good arm. I inferred that he was an average LF! Apparently not. And yet, even with that factored in, this is a steal. They’re nearly identical value propositions: a 25-26 year old corner outfielder with several years in the league as a useful backup. Better speed than in-game defense, capable hitter with a high floor. The difference is that one of them hit .278/.371/.505 in 2017. For reference, last year Mitch Haniger hit .285/366/.493, played better defense at a slightly harder position, and racked up 6 WAR. So. Then he was buried behind Lorenzo Cain, Christian Yelich and Ryan Braun. Now he’s at .455/.520/1.091 in ST. And the ball hangs up in the air in our home park’s LF, giving a good runner who takes bad angles time to adjust. You think he’s gonna post 3 WAR this year? Cuz I do.

One was a recent 2nd Round pick, the other has the greatest baseball name since Boog Powell left town and a surprisingly emphatic bat launch. Call it a push.

So I’ve got Jerry at a 6.125/10 average for the offseason blizzard. However, some trades matter more than others. Santana for Edwin? Who cares. Shed Long? Meh. Segura, if you assume as I do that this was the only trade made for non-roster-improvement reasons? A decent job of salvaging a rotten asset. If you leave those out, I have Jerry at 7.2 for his five biggest trades. He ditched our Ace, starting C, Star 2B, HOF Closer, other Closer, some useful relievers and two 4th outfielders. In exchange he got far more years of club control over 3 blue chip prospects, a starting C, minor star CF, minor star LF, a 50% chance at a starting SS, and whatever Jake Fraley is. Seems like a fair haul to me, assuming the same number of prospects pan out for us as would be expected to if we weren’t the Seattle Mariners. But hey, I’m cautiously optimistic that Mitch Haniger has broken that particular curse for us.

Final note: funny also that Jerry flipped Ben Gamel, a gritty baseball-rat white guy, for the Domingo Santana, a Dominican with soft rumblings of character concerns in his past. Sound like the move of someone who hates Latinos and doesn’t trust Dominicans especially? (7) Yeah, okay. Sure. Whatever.

Final-final note: Doc, I disagree with your assertion that Jerry thinks the AL is hard now, will be easy in a few years. I think what your missing is how problematic our roster was. We were a team whose UP season was 90 wins, and probably due for a MID or DWN year in 2019. Sure, missing the playoffs by like 10 games last year due to 4 superteams factors in, but the bigger problem is that he had an 85 win roster, + or – 5 games of variability, and no high-probability way to improve it more than regression hurt it. (8) So he did the responsible thing and looked for a way to improve into the 95 win range as soon as possible. He alighted on sacrificing ten wins in 2019 to add them back and then some in 2020-21. Whether it works or not will determine whether he’s a good GM, but I think the logic underlying his decision is sound.

Dr's Kibitzing.  Not to take away from Sherm or "trump" him, but just to roundtable it a bit.

1) This is an interesting idea, that Mallex is a clear profit for Seattle in any MIDRANGE scenarios.  HQ has Smith projected for .280/.350/.400 and worth $33 in roto based on 50 stolen bases, meaning that HQ thinks Smith is now a RELIABLE speedster.  This leaves him in the 3-4 WAR range, a Dee Gordon lotto pick v2.0.

Zuum was worth only 1.5 WAR last year, but 3.7 the year before.  .... since I regard Zuumball's defense as worth 1-2 WAR, I guess I'd have to take the other side on this one.  Loosely speaking I do think Zuum is a .450 SLGger with critical defense at catcher.  Mallex as a quality CF and quality leadoff man, is on paper about a push.  But catcher defense is a tough commodity to replace.

:: shrug :: Mallex "feels" much more solid in terms of health and return.  I guess I'd Just tweak the statement a bit to say "the 50th-percentile return is a touch to Mallex' side" precisely because we all agree that the DL is a serious threat to Zunino's game.  Spot me 400 PA's for Zuumball and I'll take him; spot me his 2017, much less any more than that, and ...

2) Having seen a few Sheffield missiles in ST, it's hard to imagine him not being the real deal.  Curious:  is there anybody here not very bullish on Sheffield?

Here's a fun read on the M's big four prospects reeled in.

But let's remember that the Mets don't get to keep Diaz for 10+ years and cc the next Mariano Rivera; after about year 5 they'll be paying what they'd pay a free agent closer.  But yeah.

Servais, a skeptic to start with, is giddy over Dunn.  A snippet from the article above:

Dunn — Seattle manager Scott Servais: ”Not good, he looked great in this camp. Our amateur guys were really on him in the draft and then Kyle Lewis fell (to 11th in the 2016 draft, the Mets got Dunn at 19). What I have seen from the first bullpen to now is a big change. We are trying to get him to be more athletic and let it fly. The other day it was 95-96 [mph], there was life on the fastball. I like his four-seamer and letting it ride up in the zone along with a good slider. He is a really smart kid.”

5) Yep.  I think SOMETHING related to clubhouse harmony had to drive a lot of this winter's thinking.  Segura is the first place I'd wonder.

Which is like the glory Seahawks.  No matter how good that defense was, if a few guys (like the Sherminator!) were tearing into Carroll as though he were an employee, then you've got to do something.

I have no proof; the only evidence, even, would be the apparrent irrationality of some of these trades.

6) John Dewan's Fielding Runs Saved has Santana as a middling corner OF; last year it's got him for a positive +5 runs saved.  Also, we might bank this billiard ball off the railing of JeDi's internal metrics, his loathing for bad defense, and as Sherm pointed out, Santana's 117 Speed (SX) score.

7) Yes, and I find it hard to believe that the average white guy born and raised in the crucible of MLB's melting pot would have a natural dislike of Latinos.  Would need to be shown a LOT of evidence towards that.

Whether there was a particular 6-8 guys who banded together in 2018 to form a clique that hurt the team, that's another subject.  But that has nothing to do with whether Dipoto cares about Edwin Diaz', or Edwin Encarncion's, ancestry.

8) This is a very tough argument to beat, and the one that Dipoto and Servais themselves make.  "What, are we going to sit and hope for 6 career years in 2019 to be in the WC race again?" I think one of them said.

Wouldn't be a lot of fun to try to win this debate against Dipoto.