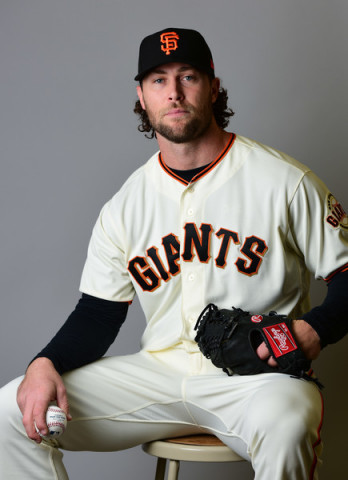 Hi Bill. Have you ever done a study on the effectiveness of bringing in pinch runners late in close games to replace good hitting slow players? Do you know if it is generally worth it or not?
Asked by: izzy24
Answered: 7/19/2013
Generally speaking, it is NOT worth it.   It's like most other strategies--the bunt, the intentional walk, calling in the infield, bringing in a left-hander to face a left-hander.   All strategies like that are used much more often than they logically should be, because of the "action bias" in decision making.
Without running the numbers. . .I would be surprised if any pinch runner can increase the chance of scoring a run by more than 3%; that is, if a runner has a 30% chance of scoring anyway, using a fast runner won't make it 33%.   It might make it 32%.   But let's say you can gain 3% of a run by doing that--and, of course, gaining 3% of a run cannot be more than gaining a 1.5% chance of a win.
But a good hitter creates maybe .18 runs per at bat, whereas an average hitter is more like .12.    If that spot in the batting order comes around again, you've lot 6% of a run, and potentially much more than that.    So. . .if you're going to pinch run, you've got to be pretty certain that the big hitter's spot isn't going to come around again in the 10th inning or something.
In the first round of the playoffs, 2004, Game 3, Anaheim at Boston, David Ortiz singled with two out in the bottom of the 8th.   Tim McCarver, broadcasting the game, said that Terry Francona would pinch run for David.   My wife, watching the game on TV with me, was screaming at the TV "NO NO NO.   DON'T PINCH RUN FOR HIM.   DON'T DO IT.  WE NEED HIS BAT IN THE LINEUP."   Terry didn't do it, and McCarver openly second-guessed him for not doing it.
But in the 11th inning, David dropped a bomb on them, and we won the game 8-6.    Up until that point, the issue you raise had been a discussion item with us, as Terry would pinch run for David sometimes.   But after that happened, he never would.     You pinch run. . .it's a 1-in-40 shot that it makes any difference.   If you get into extra innings, then and now, you want David Ortiz' bat in the lineup.

"Action Bias" ... based on game theory, and chess strategy, and other things, there is a definite human bias towards DOING SOMETHING to CONTROL the game or year or career or whatever.

It's one of the things that drives me crazy about those NFL coaches who want to play defense 1st, 2nd and 3rd; playing from the defensive side of the ball, it feels like you're in control of the game, choking the life out of the other team.  Hold them to 0 points and you can't lose.

Back in my day this "defense first" bias was unbelievable with the high school coaches there.  They just HAD to feel in control of the action.  (Are the Kansas City Chiefs less in control of the game than some more-defensive team?)

The first post I started writing up, when returning this spring, was a Bullpen Candidates Power Ranking.  I dropped it when I realized I didn't have a clue who was making the club ... or, if they did, in what roles they'd pitch.  I still don't!

Hunter Strickland sounds okay until you realize that Dipoto won the bidding at [$1.3 to $2.7M] or whatever it was.

Anyway, if you'd like to list your best understanding of the current roles below, I'd appreciate it.

Physically looks much better than expected.  Hold on, though:  why's he batting 3rd every game if Encarnacion is on 1B and Vogelbach is at DH?

Anyhow, BaseballHQ liked him before spring even began, based on the premise that in 2018, it was mostly just injuries that derailed him and says "Something left here.  Like in 2016-17, a bucketful of HR could come cheap."

I'm not arguing for his enshrinement in the team HOF or in the T-Mobile lineup.  But like Bill James sez, most of a player's value consists of his being average.

THE A'S AND ANGELS

In James' Twitter feed, he points out the performance that each team got out of its #8 slot in the order.

And it hit me.  Wham.  This is how you understand Oakland's 97 wins; their #8 slot in the lineup.  Does this strike anybody else as a mondo cool way to compare lineups?  By the production out of the 8 slot?  Not the #8 hitter.  The #8 SLOT, as you have to fill it week after week, month after month.

Bill only cherrypicked a little by selecting the 8 slot; here are Oakland's splits by number in the lineup.

Of course you run the backups through the 8 spot, too.