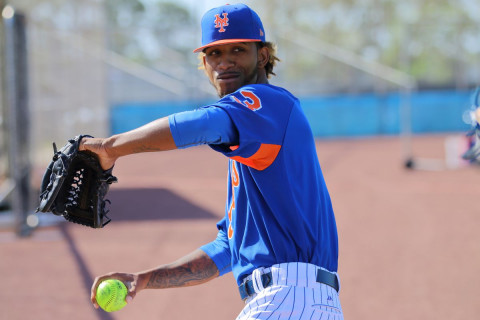 You can imagine what the Zeus trade was like for me.  LOL.  But it was actually the Edwin Diaz trade that put the kibosh on my rooting M's 2019.

That one was the one that felt like a tire blowout, 65 MPH twenty-three vehicles currently reported ... it was dumping the bullpen, that dispelled any illusions I was trying to maintain.  At first glance and at 2nd, 3rd and further glances ... Diaz?  Colome?  Segura?  What, are you going for an NBA lotto pick?

But on our Trade Ratings, here is the Sugar trade doing with a 7.5 rating.  EVERYBODY loves the deal now. Diderot's wide-cast "Gentleman's D for the offseason" notwithstanding.

Until a couple of days ago, I hadn't even tried unwind the deal.  The mighty Jeff Sullivan thrashed around for a couple thousand words on Fangraphs and didn't get very far.  "Fascinating trade," he concluded with satisfaction.  But finally having looked at a good bit more intel on it, and a thin bit more Justin Dunn curve balls, Dr. D has arrived at a few thoughts.

Number one.  Remember, Jeff, remember.  To "analyze" is to cut into smaller sections.  Greek "loosen up," to untie something by looking at smaller parts.

For me, one good way to split the deal is Cano and $50M for nothing, and then Sugar for Kelenic-Dunn-Bautista.  We ain't chasing our tail around the coffee table asking "Who won the deal?"  Very often both teams win a deal; very often both teams lose a deal.

I like it a lot.  We enjoyed the first half of Cano's deal, the age 31-35 part and don't have to deal with the 36-40 part.  Is Felix reminding us now what we don't like about the later years of superstar contracts?  :- )

Number three.  I took Jay Bruce as a sunk cost, but that was before watching his bat launch this year on TV.  Then, looking around ... the projections all have him at 100-115 OPS+ this year.  Hm.  How bout dat.  Little bit Ryon Healyish?  Whatever.  Just saying, I can see a few little scenarios out there where Bruce does have an UP year for us.

Day of trade, I figured assumed Dunn was a Grade B prospect, who had a good 50% chance of being bullpenned.  (So did Scott Servais, as near as I can tell.)  But we're all grading this trade 7, or 8, or 9 because a month of looking at it has us thinking differently.  Dunn is a certified top-100 starter with the velo, the vicious offspeed and all the trimmings.

And Dunn is ML-ready, loosely speaking; his command is supposed to be better than Sheffield's.  It isn't often you see a ML-ready top-100 righty SP traded for anything, much less a reliever.

Kelenic as a super-blue chip teenager and Bautista as the near-100 MPH reliever we all had pegged easily enough. SSI sermonizes on this point constantly and annoyingly.  If the Angels trade Mike Trout you'll probably only recognize one name of the 8 coming back...

Not that we care who "won" the trade but in the comments section to this Fangraphs article, there is a spirited argument as to whether this 3-for-1 (Diaz for Kelenic, Dunn and Bautista) was the largest return for any RP in history.  No kidding, I looked up that article after splitting the deal, so I'm as dumb or sharp as Fangraphs posters, I guess.

The debate starts with the below gentleman's remark:

I doubt Diaz would’ve commanded much more than Kelenic + Dunn + Bautista if traded alone. That’s more than CIN or NYY got for Chapman or than SD got for Kimbrel. It’s probably a bit less than NYY got for Miller (Frazier and Sheffield were BA #44 and #88 that year — if you told me that Kelenic and Dunn were going to be #44 and #88, respectively in the BA mid-season Top 100, I wouldn’t be that surprised).  (Aren't they already at least that in MLB's? - Jeff)

OK, the analysis makes this much easier.  We've isolated to a 3-for-1 that is obviously a huge haul for a young, volatile closer.  The Mets get him for 4 years, but year 4 will cost them what, $20M?  Ah well ...

Point five is this.  I forgot something.   Totally forgot one of my most-stubbornly held sabr beliefs.