Skip to main content
Sabermetrics
Fangraphs on the M's Pitching
I dunno what Paxton Marinera is, but I like it 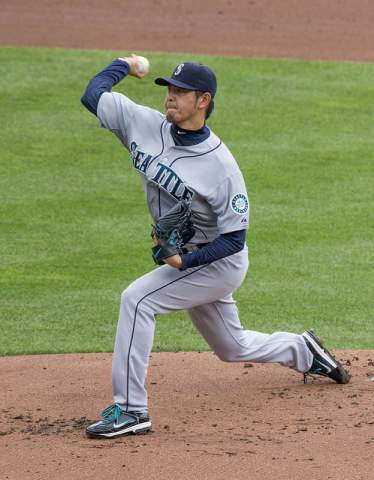 Two fun articles at FanGraphs, one on the rotation and one on the bullpen.  The titles are even fun:  "King Felix and the Paxton Marinera" versus "Seattle Mariners:  Best Bullpen in Baseball."

In the comments to the rotation piece, the readers argue about whether the Nationals' rotation is better than the M's.  This is a little bit like hearing an argument about whether Spec66 or Bill James is the weightier author:  the fact that the discussion is occurring tells you everything you need to know.

The commenters also argue, snidely, about J.A. Happ.  Apparently that Saunders-Happ trade will be the year's most popular whipping boy for the avant-garde sabes who --- > still insist that ML org's are capable of kindergarten-level errors in player evaluation.

But as to the article itself, here are a few snips and scraps the author lays out:

The bullpen article had a few smile-inducing opinions embedded:

In 2014, McClendon had some serious magic sparkle dust going on the pitcher-batter matchups.  Will be tough for him to redux that level of touch.  But with the stuff these guys have, he can't go too far wrong.

At Shannon Drayer's blog, she emphasizes the idea that Logan Morrison comes into the year with a silver spoon in his mouth.  In contradistinction to that, we saw a Jeff Sullivan chat in which he opined that, as far as he's concerned, Morrison is a weak link.

Tending towards Jeffy's point of view, here is Ron Shandler on Morrison:

It's a good point Ron makes about the template, that as first basemen go, Morrison has limited power and a limited walk rate.  On the other hand, you've got a guy who OPS'ed 123 at age 22 in the major leagues; there is unusual talent there.

If Jesus Montero beats out Morrison, whether in March or June, it's okay by Dr. D.  Over the last thirty-five summers he has seen worse first-base decks to draw from.