Skip to main content
Sabermetrics
Byte Sized: Component Skills
it's comin' ... come ON got to BE 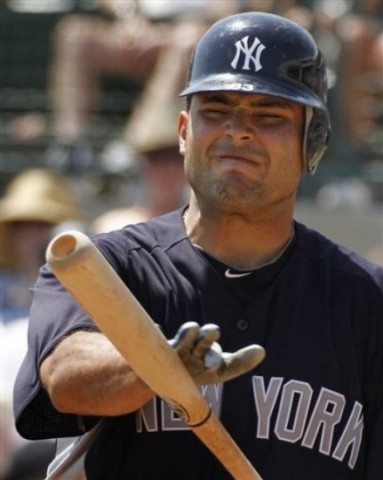 Hey Bill, what do you think of this idea? A stat for pitchers based on what percentage of the time they allow a hard-hit ball. Pitchers for the most part are trying to prevent the batter from hitting the ball hard, and batters for the most part are trying to hit the ball hard, right? And if I'm not mistaken they already keep track of hard hit balls.
Asked by: manhattanhi
Answered: 1/14/2016
I think it would be useless, but go ahead.

My impression of modern ML-internal sabermetrics was --- > that it had "reduced" to the question of speed off the bat.  Forget AVG/OBP/SLG and forget K/BB/HR.  We're just going to track how much wood a player gets on the ball, and extrapolate from there.  Tony Blengino is the poster child for analysts who care much more about contact results than about slash lines.

James is, obviously, cognizant of that line of thinking.  And, obviously, doesn't esteem it highly.  "Useless" leaves not much room for debate.

Michael Montgomery.  Decent strike zone results, if a bit wild.  Tended to get tatoo'ed once batters got ahold of a pitch.  That's not what I'd associate with a change-speed pitcher, but...

Seth Smith and Jesus Montero.  Better EYE results than they had smoked balls in play.  If you wanted to go with the Founding Father, you'd be UP seasons for these two hombres.

Love his shtick, but that just seems off to me.  Batted ball velocity isn't a perfect coin of the realm, but it makes scientific sense, and it has been shown to strongly correlate with BABIP, HR/Fly and even K rate (!)...

Fangraphs already has it, actually.

2015 sorted by lowest % of hard-hit balls looks like this:

Does that correlate to anything ... like ... Cy Young votes?  Why yes it does!

And here's the Mariners.

Nice Work Spec!! JeDi not so much

I hope Dipoto knows A LOT more about baseball than those here, or else... Oh boy.

Every pitcher who threw at least 200 IP since 2008 (or once PED testing/sanctions was having meaningful impact).

Only one pitcher is under 20%: Mariano Rivera.

At No. 5 -- surviving (sometimes thriving) despite allowing lots of baserunners -- Fernando Rodney.

Note who was under 20% on that Mariners chart: Tony Zych (although only 76 batters faced) and new-Bostonian Carson Smith.

Maybe it's just me, or I have clicked over to BJOL...

At just the wrong moments, or maybe the upcoming presidential election is stressing him out...  but it seems like Bill is going to the curt, absolutist, even rude retort more often that he used to.  Confrontational even...

Even if the stat is "Useless" he could have given some of his reasoning and not been dismissive with an almost, "You idiot" sneer...  What's going on with him?  I thought he was all about discourse and asking lots of questions even the dumb ones, because that’s how we get progress?

For a guy that was wrongfully dismissed for a lot of his career, he sure seems quick to dismiss others these days...  color me massively unimpressed and disappointed...

And where there's smoke...

I would bet that there is more to it than just a casual blow off. Something smells like BJ has already done some research on this, and it proved to be worthless in his mind - or Bill is trying to create a new stat based on batted ball velocity AND something else, or BJ believes pitchers just vary so much year to year, or even just month to month that charting something over a long period of time would not work. It just does not seem to be that much in character for him to dismiss something this quickly.