Skip to main content
Postgame
Paxton Tipping His Pitches? Um, No
At least we know 10,000 things that don't work 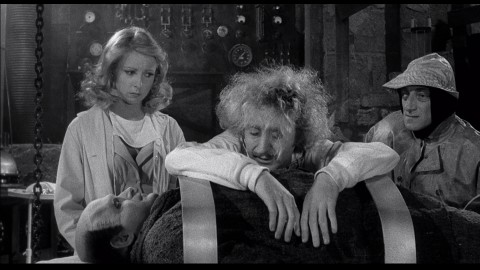 Q.  Do the other guys have the pitches?

When you have the pitches you stand there with the bat glued to your shoulder on any offspeed pitch.  You get the bat head out in front on a fastball.  The Astros were swinging at Paxton's cutter/slider a lot ... they were swinging at everything a lot.

Q.  Maybe it's a zero-deception thing?

Paxton's FIP, after tonight's loss, is 3.27.  In terms of bases gained and bases lost, he has DELIVERED an All-Star performance, one of the ten best performances in the league.  So we've got to keep in context that we're asking, "Why is he pitching like a 3.00 pitcher and not like a 1.99 pitcher?"

His results would be superb (3.27), except that the balls are finding holes and the runners are clumping.  :: shrug ::

Q.  Maybe it's a not-enough-deception thing?

SSI has maintained for a long time that Paxton telegraphs his slider and changeup, as Taijuan Walker telegraphs his splitter and slider.  It hasn't hurt him; his cutter has a +2.97 runs per 100 sliders thrown.  But still, nothing for it than to get Paxton to spit-and-polish his delivery.

A.  Paxton and Iannetta did a good job "establishing the slider."  Paxton got plenty of swings and misses.  The Astros are so absurdly aggressive -- and they're good -- that you need a chess plan to exploit.

He threw the ball very well, albeit without a changeup.  Some balls found green again, some runners clustered again, the Astros' fine young offense took this one.  Watching baseball has its ups and downs....

You know I'm with you on this Paxton thing, Doc.  I'll be Curly to your Ringo Kid.  Or something like that.

Paxton is good.  Let's leave him generally alone and give him the ball again in a few days.

I will say this about last night, however.  He threw a LOT of sliders, it seemed.  And low and behold, when I look it up on fangraphs (just now) he did indeed:  44% of his pitches were "Cutters" (fangraph's designation), averaging 90.4 MPH.

From this perch, with my coffee in hand, it appears that one of two things were going on:  Either the game plan was to keep the very aggressive Astros off balance with the slider/cutter and curve....or somebody calling the game failed to realize that Paxton was throwing the ball in the Ryan Express-Saturn V region of speed.  Heck, when Aroldis Chapman shot up his garage with his .44 he likely didn't average 98 MPH for 75 shots.

Paxton had thrown between 11-25% cutters in each game this season....then the leap to 44%.  After throwing 18-20% changeups for three successive starts, he's thrown 4% in two straight games.  Now those three previous starts weren't great ones...but it looks like the game plan is to abandon the changeup.

The 21% curveballs were a recent high by a HUGE margin.  In three of his last 4 starts he threw no curves, according to fangraphs.  In the one before that he yakked up just one.  Basically, he threw a total of 5 (total) curves over 5 starts.......then jumped to 21% last night.  If I'm reading the f-g stuff correctly.

So the "keep 'em off balance" theory must be it.  But there were a lot of cutter/sliders that were ripped right at Seager...so they weren't much off balance.

And I know Ianetta's reputation for bing a fine backstop.....but I am beginning to not be very impressed. Just me, I suppose.  I could use a steady diet of Zunino for a week.

OK...I will give up this:  It appears that his FB was a -2.1 value last night and his cutter was +1.6, but that doesn't seem quite right to my (nearsighted but lasiked) eye test.

On the other hand, a guy who was throwing 98 MPH (which isn't THAT normal, even in the bigs) only had one K last night.  We weren't fooling anybody with all those cutter/sliders and curves......Some more high heat might have been nice.