Skip to main content
Postgame
Indians 5, M's 3
M's turn their own power to their disadvantage, botch a big one 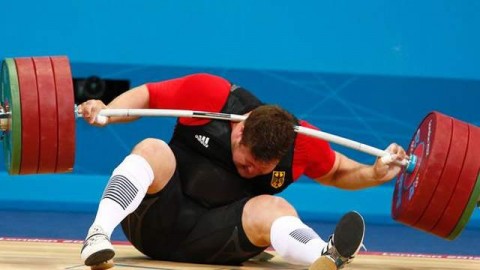 In the Shout Box in the early innings, we were counting hard-hit balls.  After three-plus innings we had it at M's 8, Indians 1, if you included loud fouls raked to the pull field.  Official base hits themselves?, if you're into objectivity which you should not be?, were 6:1 also.  Four of the first five M's hitters squared Tomlin up and launched him:

Marte was thrown out by an eyelash stretching a single.  Seth Smith creamed a single up the middle.  Robinson Cano followed his CF blast with a double.  And we have not yet got to the end of the third inning!

If Tomlin had a cut man, the dude would have thrown a towel into live action.  But somehow, Tomlin scrabbled and scraped and kept the Indians in it, 1-0.  In the Shout Box we fretted that the game had a sour feel to it already in the third.

While the M's were taking Joe Rizzo style BP in the Tomlin cage, the Indians squared up exactly one Nate Karns pitch.  All the outs were skyballs and strikeouts, and Karns finished the night having allowed two scratch singles.  Talk about taking a beating.  Hit the showers, kid.

You think we're exaggerating?  There was one foul ball pulled down the 1B line sort of firmly, and a fairly crisp fly out to Smith, and that was it the whole two painful hours.  Except for the Lokiball.

The one ball hit well --- > the Lokiball (mischievous but relatively harmless) that Carlos Santana hit out to deep left-center field with the bases full of walks.  Any normal center fielder would have tracked it down gliding.  The heroically miscast-but-plucky Nori Aoki pulled a Jim Edmonds "Let's make ESPN! moment" and timed his stagger so as to snow-cone the ball.  For the first time in months, Dr. D actually got a flush and adrenaline charge when Loke almost missed it.

(Speaking of Loki, he spent the night moving his feet around to foul low pitches off.  Diderot with the Shout Box quip that brought the house down:  That guy shoulda been a cricket player.)

We've decided that really, Nate Karns' biggest problem right now is that he picks and nibbles and fiddles about when he's got 0-1, 1-2, 2-2.  There is absolutely no reason for the best curve ball in the league, and a 94 fastball he can throw up and down, to throw a ball 18" off the plate on 1-2.

Scott Servais got sick of it and yanked Karns' Keister with two on in the fifth, the 5-2 Karns in position to win if he finished five, and no runs having scored.  Honestly:  give me a specific game in which a young pitcher got yanked like that, just shy of the W, with ZERO runs allowed!

It was a huge message, one delivered with a megaphone to four directions of the Safeco wind with Dave Sims and all creation watching.  ... and the message was "I ain't talking to you to hear the sound of my own voice."  Karns wakes up this morning in serious fear for his job.  That's a little odd when you're the #8 strikeout man in the American League, but this is a new culture.

If you look over Karns' CTL ratio, his xFIP and his won loss record, he's doing great.  If you look over his relationship with the manager and the SSI denizens watching him, it's in smoking ruins.  Everybody senses that Karns should be out there running 7 IP, 2 ER start after start.  Instead he's shooting for 5 IP, 0 R, 8 K.  Dr. D is climbing the walls just like yer are.

In Chronicles of Narnia, Susan tried to show off her braininess and mucked something up.  Forget what.  ... "I was just trying to be smart," she whined.  "No!  You were trying to be CLEVER," Peter said.  That'll do for me too.

Karns is the anti-Brandon League.  Too much of anything will kill you, up to including distilled water.  Amazing to realize that thinking can be bad for you.  But it can.  What was Yogi's line?  How do you expect me to think and hit at the same time?

We'd stoked the expectation fire to a raging thirty feet high, such that anything short of Steve Nebraska, and a catcher bowled over into the ump, was going to be a letdown.  Diaz gave up a run, and the Shout Box was like, "Ah, fuhgeddaboudit.  We thought we had a good pitcher here."

In reality, Diaz sat 96 the first two hitters and then went to 97, 98, 99.  He did leave one slider up and in to a lefty, and saw it tennis-volleyed down into the corner.  Other than that, it was the same kind of 1-R inning that Joaquin Benoit or Steve Cishek or any $6M relief stud might have once every fourth or fifth time.  (Cleveland's setup man Bryan Shaw gave up a run, and the closer Cody Martin gave up three hits and probably the lead, except that Chris Iannetta's single somehow bounced off the third baseman and saved Martin's bacon.)

Diaz' projection does not change, except that he is not Steve Nebraska.

After two cards, you put your opponent on a hand.  The early hand for Diaz:  some outings like his first one (overwhelming).  Some outings along the lines of his second outing Thursday (very good, in context; two strikeouts but one well-struck XBH).  Quite amazing that Scott Servais put Diaz into a tie game only his second appearance out of AA, but guess what.

You know you're going to get strikes!

When Benoit gave up three runs, everybody realized maybe Nate Karns' 4.1 IP, 2H, 1 R, 5K line wasn't such a travesty after all.  The first 50% of the game, Karns gave up 1 run.  The second 50% of the game, three glamor arms gave up four.  Karns gives up one run and they're all over him; the bullpen gives up four and the TV guys apologize profusely for them.

But that's cool, because the TV guys are reflecting the attitude they get from Servais and Co.  Hey, it's their club.  We report, you decide.

Dutton had the quote from Servais:

"Anytime you walk people like that…," manager Scott Servais said. "You have to give them credit. They laid off some pitches that were close. But, yeah, you’d rather have them bang the ball around the park against you versus (losing by) walking them."

'tain't so.  Pitching coaches say exactly that until the other team actually does bang the ball around the park.  The 1969 Ball Four Catch-22.  What the pitching coaches mean is that they expect you to not walk anybody AND not allow many hits :- )

You'd rather have James Paxton and Nate Karns battling only themselves, with mixed results but the bright, sunny Hope of a World Series, than --- > Horacio Ramirez in complete control of his own decapitation.

But Scott Servais has made a very public statement about Nate Karns.  Either he starts taking more of the plate or he can go sit in the corner for two months and watch the rest of 'em play.

Dude, there is a LOT of daylight between "This is more what one would expect from a raw callup fresh from AA" and  "Ah, fuhgeddaboudit.  We thought we had a good pitcher here."

Wasn't talking about you Grizz, you know dat

Was just being tongue-in-cheek about our general deflation that Diaz wasn't throwing 101.  :- )  If you go back and read the Shout Box there were a variety of moans and groans about the 96's and then about Diaz blowing the lead.  Which comments also were no big deal - just funnin' youse.

You've been rock solid, and your observation about "just out of AA" was right on point.  Diaz' inexperience was visible and relevant.  You and I know there's a lot of pitches to be thrown between here and "reliable major league stopper" for Diaz.

If I should suddenly want to alienate our resident Voice Of Reason one of these days, I'll let you know.  ;- )

A statement....but the wrong time to make it.

Maybe Karns gets lit up if you leave him in....but with just 92 pitches thrown, pulling him was a bad move.  Well, it certainly worked out that way, which falls on Servais.

From this seat, that move smacks of something Wedge would do. I suppose it is possible Servais and Mel. Jr. have been chewing his bee-hind, in private, and maybe he hasn't got the point. Or maybe they have already decided that he isn't long for the rotation.  Perhaps all that came in to play, and Monty is a pretty comfortable guy to bring in.

But it smacked me just a bit wrong last night.

Glad to hear you got my boy's back

Am sure we'd agree that Servais is a more Alston-like, or at least LaRussa-like, decisionmaker than Eric Wedge (more of a 21st century staff sargeant personality) but yeah.  That's part of why I was so taken aback with the move.  Huge cognitive dissonance that Servais would do that to Karns.  Who had to slink back to the dugout in shame 2 outs shy of the W, but to Karns' credit, he stayed on the top step rooting for his teammates.

Did Cano get too greedy?

Swinging at a pitch like that, and then so stunned he stands at home plate not even considering for a crucial second or two that the pitch was so bad the catcher would even miss it.

All geared up for a fastball to rip with a clearly nervous pitcher and Nelson Cruz on deck. Yeah, I wanted a homer too, but seems he should have trusted his teammates more there.

Yes indeed, either too greedy or too amp'ed up

That's one of the dee-lish subdramas in sports, the deciding hitter at 3-2 and the pitcher trying to summon the guts to go outside the zone for Ball Four.

Worked this time.  And if even Robinson Cano can do that -- make a decision on his swing before the pitcher takes the stretch -- then anybody can do it ...

Maybe Servais was just trying to give Karns some confidence by relieving him before a collapse: had he knew the bullpen was going to struggle even more than Karns did he sure wouldn't have changed, but when Karns goes out it's still a 1-0 game and if the bullpen hold the lead Karns gets out having rebounded nicely from a subpar game against Texas. It happened that the bullpen doesn't stop the walking and the bleeding but you don't know it when you make the call; Karns was coming of 10 walks in 8 innings and even if the Indians wasn't hitting him hard any lucky bounce was going to kill his game, his numbers and maybe even his confidence. Now Karns has the chance to be angry because he was removed too quickly and maybe it's better than being sorry for being relieved too late.

Just a little hypothesis, my view of the same game with a different idea.

Digging the charitable take on it Tyler

Might have expected Servais' postgame comments to sound a little different if he were "protecting" Karns.  But you know what, I'll bet there was an element of protection in there somewhere.  It did look like something horrifying was imminent.  :- )

Might have been an element of protecting himself and the ballclub, too.  Monty has a more typical outing, we go into the 7th inning with a shutout.  's about winning.

I'm pretty sure that in a situation like that in a moment like  last week with the bullpen tired because of a string of bad games by the starters the manager does not give the hook to his starter, yesterday we were coming of a string of good to great games by the starters, the bullpen was rested and my guess is Servais was trying to both save the lead and save Karns from his own wildness.