Skip to main content
Dr's R/X
Sizzlers and Fizzlers - Bottom Half
an' I don' have to paint my teeth to play?! 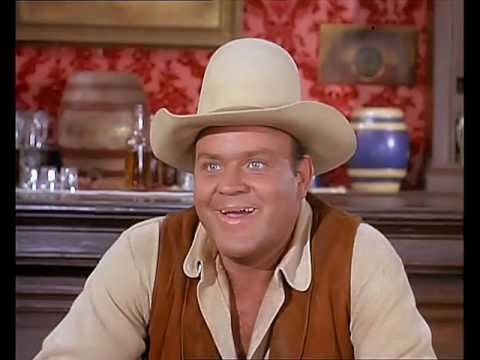 RYON HEALY -    Only one "minus" because he is a good player and he will have a good year at 1B for Seattle.  Did follow up his 2-for-23 start with a very painful ankle injury.

Gentlemen, let me ask you with smiling body language and a friendly tone that the internet does not convey.  Is it really necessary to blame the Mariners' organization for every injury?  What are you supposed to do about Nelson Cruz stepping on slippery plastic steps with plastic cleats and slipping?  Are you supposed to tell Mike Zunino not to take his batting practice if he's tired, which he is every day of the regular season?  :: smile ::  I suggest we drop the trend, but that's just me.

Well, it's kind of stress-relieving and there may be a little basis, so you go ahead without me if y'like.  :: group hug ::

Had gone 1-for-21 when the ballgame was 5-3 and the Twins crouching up silently behind the M's to shank them like MAD Magazine's spy vs spy.  Bases loaded, I had literally written up a little note on the most painful out of the season.  But!   Healy got a fat pitch, an 85 BP slider if I recall, and his eyes lit up.  He put a controlled, nervous swing on the fatttttball and whacked it into his natural power alley, left-center.  It rolled all the way to the wall through a drawn-in (? whaaaa ??) outfield.  8-3 M's and the Twins' chests collapsed.

In fact, later their left fielder chased down a roller on the LF line and, Dr. D is not kidding about this, submarined it diving motion, to 2B.  The ball rolled way into right field, of course, and a runner scored.

The point is, the Twins quit.  An excellent, [hard times three] ballclub.  We went toe-to-toe with them Rocky-Apollo, pitch for pitch.  And when Ryon Healy delivered the vicious headbutt, they quit.  Think of what that does in the Mariner dugout.

Oh yeah.  Healy's out.  So Dan Vogelbach gets 1B, right?  At least vs. the righties?

DAN VOGELBACH +    He most definitely is not in the Spring Training groove.  ... HEY! ... Dr. D gets to use a Fangraphs phrase in this situation!  "No Evidence Exists" that it's because he's a quad-A player, that he lost his hot touch.  Dr. D favors the observation that the M's flew North and then 'Bach stopped playing.

As the Emperor Mainframe had forseen, his zone numbers are In. Sane.  The league average for fishing is 30.0%, and 'Bach has a rate of 17%.  His swing and miss is also league average at 10.5%, excellent since he is a power hitter and since he has faced some vicious slider-first lefties.  He is 0-5 compared to 4-11 vs right and looking every blinkin' inch the platoon candidate for 2018.

We're drooling over the prospect of his getting hot during the regular season.  The moon and stars, or at least the DL archives, appear to be aligning in favor of giving the kid a chance.

ICHIRO ---    When Ben Gamel gets back, he's gone.  It's been one of our great sports-life experiences, Ichiro.  Domo Arigatou.

Some readers did not see the game Saturday.  In the 6th (?) Mike Leake threw a pitch and a Twinkie hit a long, very high fly into the left/left-center gap; Ichiro hustled over and .... pulled up a yard short, as the ball weirdly bounced on the track beside him.

The next batter!  A Twinkie drove the ball to left, deeper, over Ichiro's head.  Ichiro ran back, slightly decelerated trying to find the ball, and ... it landed on the warning track behind him.  Odd interlude before the punch line here:  let me know the next time you see a baseball land on the warning track directly behind a major league outfielder.

I should asterisk to say that it is 8:1 odds-on, for Ichiro's DFA, rather than 100:1 odds-on because of the slight possibility that Dipoto will rule those Sun Balls.  It was bright out, everybody with sunglasses on.

It is amazing that a 44-year-old can hit .280, and Ichiro can hit .280.  He is still cat-quick at the plate, his peripheral numbers good.  He can hit, but he can't run or field, and he can only hit singles.  That makes him a novelty and not somebody who should take Guillermo Heredia's time.

DEE GORDON +    Showed his 70 HIT tool when he fought off that bases-loaded, infield-in JAM pitch by taking it right up the middle, exactly where it's supposed to go, and through the infield.  Running a SwStr% of 4.  Is a pleasure to have in class.

Or not.  :- )   He certainly has a 65 HIT tool; his last AB vs the Twinkies, he got a ball shin-high, broke his bat with a cue shot off the end, but hit the ball so perfectly square that he flined it into left for his daily hit.  He's hit in 6 of 7 games and has a

ROBINSON CANO +    Ready for a big year, do you think?  What's your opinion?

A Twin hit a hot grounder up the middle and Robby flew over like a young Jose Altuve, slid on one knee, and got the mitt ALL THE WAY DOWN to shovel the ball out of the dirt.  Rose and fired the player out.  Defensive stats are running better than average, better than the average American League second baseman.  Remarkable.

Looks wonderful in the batter's box.  His RBI on Saturday was a clean liner into the gap and he's ripping along at a .440 clip to start.  Luck, or do you like the way he looks?

K-SWAG +    Batting .192 but that's just luck.  His zone numbers are fine, and the Twinkies found out that if you make a mistake then ---- > he's got the REL reliable SKILL of pulling the ball in the air.  He is 25-30 homers in the bank, from a Gold Glove infielder.  They don't leave those laying around on the street.

That has been from 3.6 to 5.2 WAR, every single season, since he got the job.   Guess where he ranks for total WAR since he started playing?  See below*

And he's a super-humble guy who represents your city with dignity and class.  He's not what I think of as a Hall of Famer, even if he plays until he's 40 ... but he is a Mt. Rushmore Mariner.  Just enjoy it.

If you check his b-ref page he's got an amusing number in the career hits total.  When the Mariners get Nelson Cruz and Mike Zunino back they're gonna have a lineup.

*Kyle Seager is #6 in the American League with 25.4 WAR over the last six years, well behind the Big Five of Trout - Donaldson - Cano :- ) - Beltre - Miggy all over 30+.  But ahead of Encarnacion, Pedroia, and everybody else.

Should we let Ichiro go?  Yep?  All the same, I bet we keep him for a bit.

Heredia's dinger yesterday certainly helped his cause.  Yet I can see Dipoto saying that a few weeks of everyday Tacoma CF will help Heredia.

In 2015 Robby had no range.  After the season an injury was revealed.

In 2017, Robby had no range.  After the season an injury was revealed.

So far this year, he has SOME range.  Which is good, but it's been too early and too cold  to see him loosened up. I retain hope.

And in every game he's ever played, he's had Hall of Fame pillows for hands, and the footwork of Bojangles.  Keep him healthy, and with that swing, maybe he can earn in every year of his contract.  Wouldn't that be great?  Wouldn't Jack Z be cheering for that?

My concerns about ichiro seem validated.  How much age...how much diminished eyesight...I don't know.  But having both Gamel and Gui as a platoon/defensive replacement/pinch runner makes us look VERY strong.

Kyle: PLEASE be like Robby--hit the ball where it's pitched.  Once you start doing that, the shift disappears, and you flirt with .290.

Is is possible that by August Felix is our fourth best starter--and still is decent?   I guess tomorrow we find out more about Marco.

It's a Mariners Meme at this point... Like Tide Pods and snorting stupid things.

Except the part where it's painful to be a Mariners fan and we look for something fun whenever and whereever, since the product never seems to actually produce any fun...