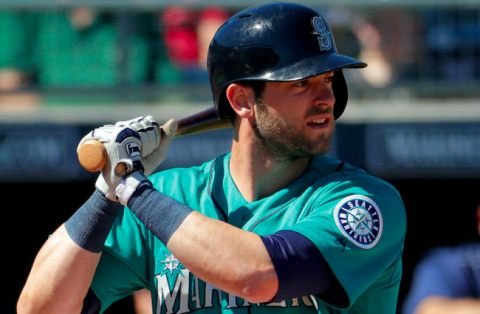 As you know, everything Bill James says is true, and he wrote something pertaining to Mitch Haniger.  My duty is obviously to pass it on.  (BJOL is still only $3 per month.)

Well, he wrote something about Dwight Evans.  I think it was DaddyO who wrote that Haniger strikes him as the spitting image of Evans, both statistically and stylistically.  I agree with that 1,000% and probably a bunch of Denizens do too.   ... I agree even more after reading something James wrote.

He did a three-part series on "Rookie Surprises," a gorgeous study on which rookies went on to disappoint, or to surprise positively, from a given rookie year.  For example, he points out that Omar Vizquel 1989 would have projected to a feeble 26 career WAR* but that Little O actually went on to amass 94.

P.S. He mentioned that the 1989 Mariners' rookie class was THE greatest in baseball history (Unit, Junior, Edgar, and Vizquel).  The aforementioned Dr. D of two months ago would have snarked at this point about the Mariners' 40-year menagerie of dysfunction for -- among many, many other things -- doing so little with a rookie class like that; the Dr. D of today will do no such thing.

P.P.S.  This 3-part pot of oyster soup is so loaded with fresh mollusks that I'm hoping to do quite a few articles off it.

Inside the oyster pot there is an interesting list:  the 25 most pleasant young-player surprises in history.  For example, Paul Konerko 1997 is on the list; based off his rookie year James would have projected 26 WAR* but Konerko made 6 All-Star teams and finished with 86; notice the similarity to Omar's totals.

P.S. James noticed as part of this study that many, perhaps most, of the players on his 25-man list were used out of position early, as the Dodgers used Konerko at 3B early in his career.  This is the type of light bulb that I absolutely love finding buried in James studies. .... also that most of them were traded early, as Konerko was.  How are you going to notice patterns like that without James-style historical-arc studies?!

Steve Garvey's on his list; so is Michael Young.  Garry Sheffield you'll agree with right away.

Anyway, by now you've guessed that Evans is on the list of 25 most extreme such young players who ever lived.  Bill writes,

Isn't that a great little light bulb, that last about Runs and RBI?  You could watch an entire baseball season through that lens.  You could, if you were cynical, view the high-hit, low-walk low-power guys as being paid way too much and the other kind of player as scoreboard-changers you can't collect enough of.

So:  Dr. D is a HUGE believer in the idea that it matters more how young a rookie is than how good he is, and that's been his one worry about Mitch Haniger.  The tidbit about Evans' late development is gigantically comforting to him on that score.

Mitch had 183 runs and RBI last year -- 90 runs and 93 RBI.  He had 170 hits.  He had 202 secondary bases.  Some guys look fancy; other guys Change The Blinkin' Scoreboard.  ... One thing the Jerry Dipoto Mariners do not lack for, right now, are core pieces around which to build.