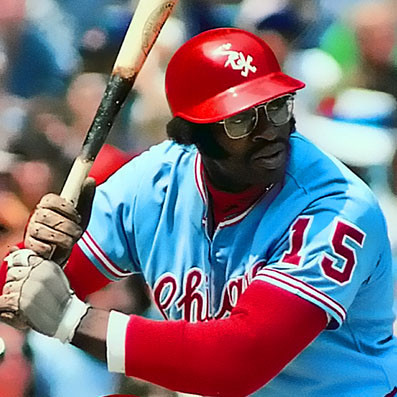 Congrats, Bill, on the championship.  Did you get a champagne bath?  More to the point of this site, though, I'm curious where the 2018 club would sit in your "Greatest Teams" analysis, posted here in 2011.  I suppose you can't do the analysis yet because you don't have the range of years on the far side of 2018 yet.  But poised for greatness assuming no collapse?
Asked by: tkoegel
Answered: 11/1/2018
Right. . .you can't put things in perspective two days after they happen.  I try to be disciplined about things of that nature.  In my view, much of the empty, useless analysis that permeates the media culture is driven by exactly that.  It is "instant history", and there is no such thing as instant history.   Instant history is just BS, pretending to be history.

Just noodling here, not analysing ... the 2018 Sox certainly had a tremendous team, tremendous with a capital T.  My glib-quick reaction is that a truly overwhelming team has an overwhelming rotation.

I realize that the Sox just beat the Astros, but ... that's just 5 games or whatever.  Anyway, James gives the 1996-2001 Yankees as history's greatest dynasty.  That's my idea of a bone-crushing team, taking for example 1996:

Anyway, just talking off the top of my head, if you're giving me History's Greatest Team I'll take the overloaded rotation.

Of course James did a mirror list to the one we just mentioned; he limited it to hitters because if he hadn't it would have had 23 of 25 pitchers on it, or something.  :- ) On the list are Rocco Baldelli, Mitchell Page, Vada Pinson, Rene Lachemenn, and Richie Allen.  (Dick Allen, I think he preferred, right?)

Wikipedia writes a praise-filled entry on Allen and in the BJOL article, Craig Wright defends Allen vociferously.  Apparently Gene Mauch claims that Allen was a model citizen in the clubhouse and according to Wright, all 3 dozen people he interviewed said the same thing, that everything negative ever written about Allen was a lie.

James has written Allen up as history's 2nd most-divisive player, behind Hornsby, which is saying a whale of a lot; one of the rumors about Allen, for example, was that he was constantly tardy ... because he stopped off at bars to get plastered before games.  Bill goes on to specify that Allen "represents a fault line in discussions related to"

The relationship between on-field success and off-field behavior (like Manny being Manny).

I don't know who's right.  It's an interesting discussion, though.  James says that there was never One Single Player with more baseball talent in all history than Allen.  Related to this list, thought, Allen amassed "only" 117 WAR* whereas his rookie season projected to a fantastic 227.