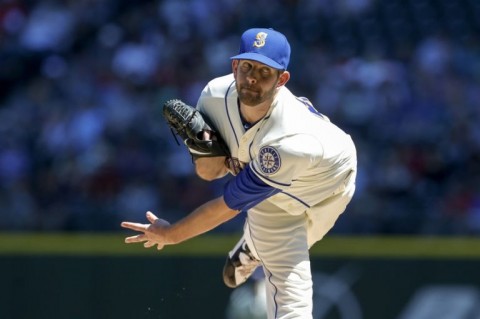 "I just sat down stairs with Rick and Scott, and they're pretty confident he's going to make his next start," Dipoto said shortly before Tuesday's game against the Astros. "Felix feels good, he went out and did his pregame work and felt perfectly good about it. It was a precautionary measure taking him out of last night's game, which I think was the right thing to do.

"I was very encouraged with how he threw, and I believe he is as well. I thought he threw the ball great. Right now, we anticipate him making his next start."

Felix is a bit like me, willing to gimp around until I'm sure I'm perfect.  Don't overreact to my grimace shots :- )

JUNK YARD DOG STRAINING AT HIS CHAIN FOR THE 8TH INNING

Dipoto charcterized him as "one of the better sneaky 7th-inning guys in the league" in 2014.  Heavy mid-90's sinker, high groundball rate.  Here's the article. 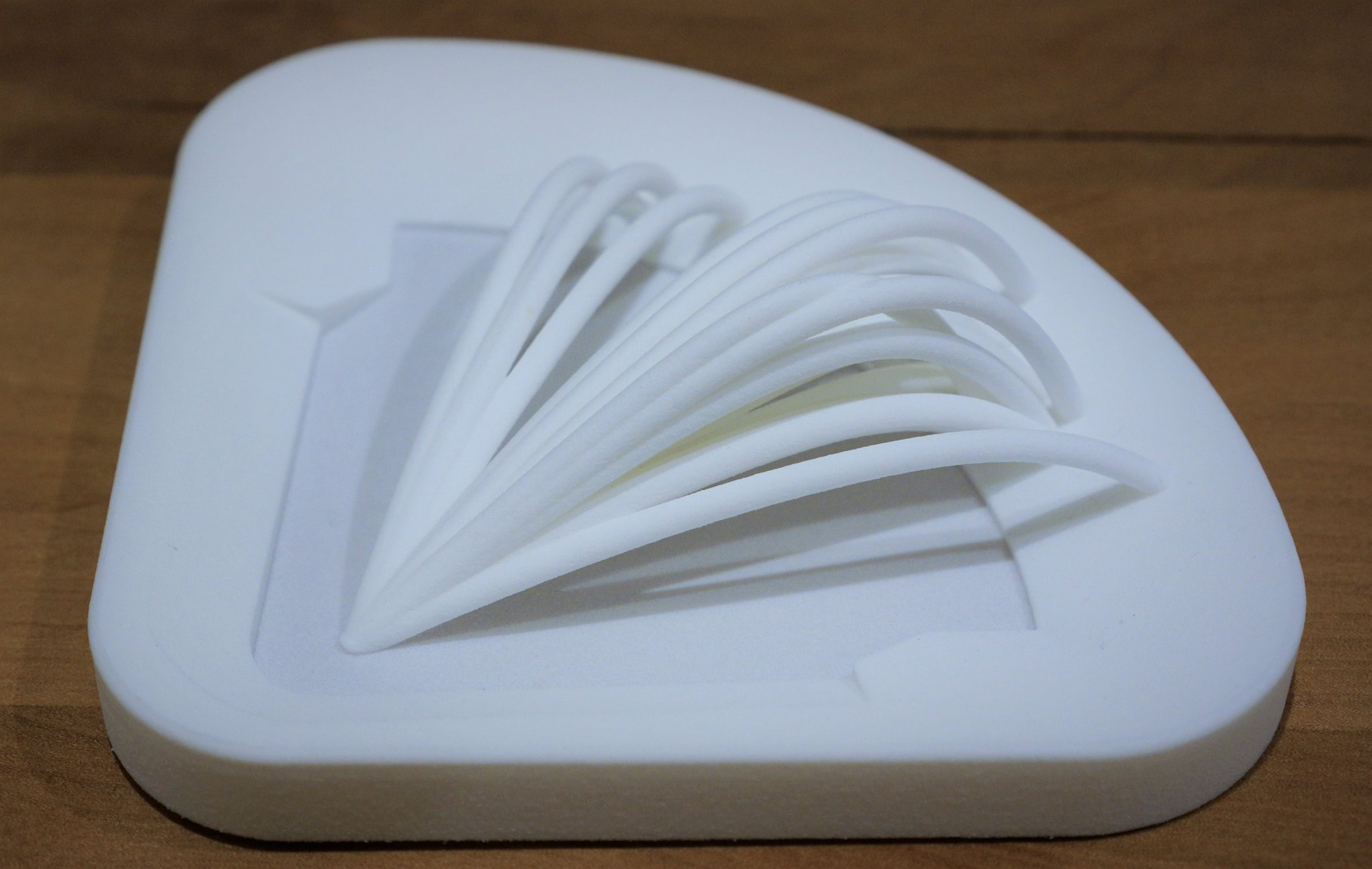 Read someplace that a lefty in the league finished #2 with 30-some balls thrown at over 98 MPH.  Paxton was #1 with ... 230-some such pitches.  Aside from everything else, K-Pax comes into the season as BY FAR the fastest lefty in the American League.  Aside from being our #1.  Stop it, James, STOP it.  The two gamer, that is.

The Mariners types will tell you, to a man, that Paxton has the Cy vibe around him this year.  Knows that he can do, let's go do what we gotta do type shtick.  We, at least, are willing he make it so.

Will be watching for that low karate-chop curve ball that has been giving everybody fits.

Which would be exactly my lineup.  Perhaps with an understanding that I reserved the right to decline at-bats to any customer, including the two left hand defense guys.

I've been pretty clear about my LF/CF bat worries  They are taking some of the "fun" out of my joyful life.  :)  Daps to Rick.

But I wouldn't have changed vs. the RHP tonight, either.  Vs. a lefty, yep and yep.  heck, I might have BOTH Motter and Heredia in there tonight if we were facing a southy.  But not against a run of the mill righty.  It would smack of panic and second-guessing.

So I would roll the Dyson/Martin dice and hope that Paxton went Koufax while Seager and Cano went yard.  I'm not betting on much offense from D and M.

We get a RHP tomorrow night.  The Angels have yet to  announce a starter for Friday, but if Martin/Dyson lay eggs tonight, I'm starting Heredia and Motter vR tomorrow.  Perhaps Motter at 1B. But I'm giving Heredia a vR start if either/both Martin/Dyson get o'fers tonight.

Panic?  Not a bit...just getting guys on the field.  Yeh, that's the ticket!

Right on. And they gotta get everybody some AB's

before they go stale.  Slightly unusual even to go 3x games with exactly the same order.  Sure like the looks of the lineup, though.  Some runs comin' right up.

leomydas to 9 and perhaps out for Herdia for the next game?

lessee if he takes off

good wheels by Mainiger to snuff the DP

broken bat grounder by boom ends the top of the first

2 perfect fastballs, one out, one in, then a curve 2 bounce to short

2 97 fastballs  off the plate for a walk

zuumball cracks an HR first pitch but the 25 foot wall rejects it for a double.  Mariners best looking hitter so far in the series

strarts with an excellent curveball, 0-1 ... on 1-1  throws a challenge 98 right by him – 98 again but not called  – Gattis eans over and front arms a fliner down the line

top of the lineup playing with 2 outs :- ) but gets its 2nd look

Our lefty Edgar with a sorry 1-3 GRRRrrrrrr

Could the MOTO please hit the danged baseball?

1.  FB fould, fosh popped up IF.    Astros game plan is to avoid strikeouts -  get him early if they can

hellacious 94 paintball  makes it oh and two on Springer ... two more nasty pictures, one foul, and it's 12 ... theres the curve K but runner takes 1b

the longer the pitch coint the more the hitters favor ...

Headed over to Shout box

which looks functional for in-game thgreads :- )

Ok Doc, Tiananmen Square, do you remember what happened to Tank Boy?

When you look it up, does it match what you remember?

...my memory matched the photos and accounts. I've never paid close attention beyond seeing the photo, maybe a second of video.