Skip to main content
Hottest Groks
Korner: Rick Michaels on Fun vs Joy
Sub 'fun' for 'happiness' in the grapx above and you're right there 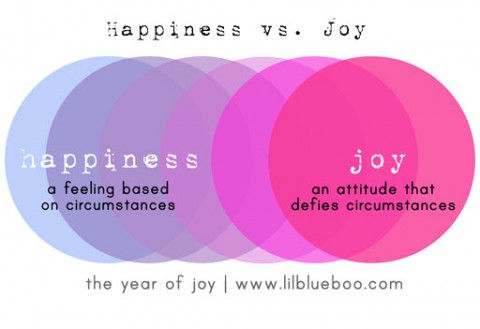 In the book of Ecclesiastes chapters 1-3, King Solomon (rich as Croesus, or Midas, or richer) has everything he could possibly have.  Wine, women, song, entertainment, riches, unsurpassable knowlege, all of it.  He sets out to investigate, methodically, which will make him happiest.

He concludes, none will.  "I said of mirth, what doeth it?"  You go to the greatest standup routine of your life, and your good mood lasts until --- > somebody cuts off your parking spot at Wal-Mart.  Your beautiful wife is wonderful until she gets real mad at you.  A Ph.D in neuroscience is great until you get the 6-year-old boy you can't cure; knowledge leaves frustrating gaps in your ability to control your life.  These are Solomon's words, not Dr. D's.  None of these life pathways guarantee that we'll be glad when we get to the end of the road.  Solomon, in fact, guarantees that they won't.

So, best thing according to Solomon is to accept the nature of existence, enjoy good times when they arrive, be equipped for bad times when they come, and prepare for your best day to be the day of your death.

There is a parable in there somewhere, about Spring Training followed by two losses in Houston ... :- )

He has a wondeful article up right here, COACH PATTON ADDRESSES HIS TROOPS.  First section, "the difference between fun and joy."  This grabbed Dr. D because his own life couldn't be more joyful, and many times could scarcely be less fun.

A clip from Rick's essay:

At one time, a new team came along that was even worse than the Cubs. It was the New York Mets.  As bad as the Cubs were, the Mets were even worse. And then one season, in the Summer of 1969,  the Cubs and the Mets were suddenly good. But the Cubs, it seemed anyway, were better. The Cubs had an 11 game lead on the Mets late in the season, and with only a couple weeks left to play and a championship in sight, the Cubs promptly lost just about every game in September. And the Mets, the only team worse than the Cubs, won first place and the Championship. The Cubs were so bad even the Mets could take a championship away from them. The Cubs were that bad.

(Pause for reflection and mental imprint)

BUT…the Cubs were also the team that had the most fun. Their ballpark was called Wrigley Field. Wrigley field was a magical place. It was named after the most delicious gum in the world. All their games were played in the daytime, when it was warm and sunny. Well, it was also cold and windy because Chicago was known as the Windy city. But mostly it was warm and sunny in the middle of a pleasant summer day.

Wrigley field was in the middle of a neighborhood. People could sit on their roofs and watch the games. When you walked to the ballpark, kids sold lemonade to you from their front yards. I know this, I did this once.  If a kid could sell enough lemonade before the game started, he could take his money to the park and buy a ticket. People walked to the games, or took the train, which stopped right behind right field. If you were a kid and didn’t have money to buy a ticket, you could, with your parent’s permission, walk to the street behind the bleacher seats.  There on the street behind left field you could listen to the crowd cheers, and another kid’s radio that was broadcasting the game going on behind the stands, and you would know the score. And if the announcer, who was the best announcer in the world, yelled that a long fly ball was hit toward left field, you looked up and got ready, because almost all home runs hit to left field went past the bleacher seats in the tiny ballpark and landed on the street you stood on. So, as a kid who had no money, you might not even be able to watch the game, but still go home with a home run ball as a souvenir. Wrigley field was the closest place to heaven on earth for a baseball fan, even a baseball fan who had no money.

Wrigley field was fun everywhere, but the most fun place to be was the bleachers, the cheap and worst seats far back in the outfield. The fans there joked, laughed, tossed beach balls, they loved it when the Cubs won, and they were mad when the Cubs lost. But they never stayed mad for long.

The fans in the bleacher seats never stayed mad at the Cubs because they loved the Cubs. The were called the “bleacher bums” of Wrigley field and they were the most loyal fans in the world. They never stayed angry at their team. They loved their Cubs so much, and enjoyed rooting for them so intensely that before long the outfield bleachers went from the cheapest seats in Wrigley Field to the most expensive seats in Wrigley because everyone wanted to watch the game there. The bleacher bums were loyal to their Cubs, and they were loyal to each other. Next week I am going to Wrigley field with my wife, and we will sit in the bleachers for the first time in our lives. If you get tickets before the season starts, you don’t have to pay as much. The bleacher seats sell out the fastest, and if you don’t have a ticket, you have to pay someone who does a lot more money to get one (uh, nevermind I said that, kids).

Yep!  And it seems joy is right next door to peace.  Both can be had apart from favorable circumstance and even in the midst of very great pain -- but not, in it's deepest sense, apart from the one who is its source.  Good word amigo.

SSI is one of my joys in life, win or lose.

At the risk of coming across as a downer

this essay has very little relevance to what life was like in the bleahers in 1969.

Ask Don Young how much peace, love and joy he felt.