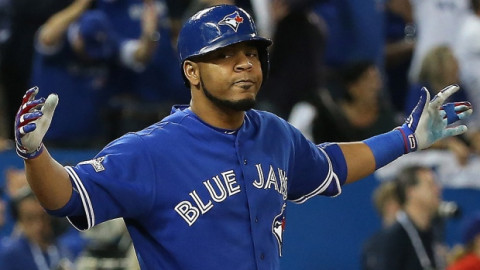 This is a rare spot of disagreement between expert M's denizens so lemme jump in too, spikes sharpened and crusted with dry mud.  Dr. D is well aware that he also is targeted for $20M trade termination.  All's he's sayin' is that he's hopin' circumstances converge to hold up the trade until (at least) July.

Let me read that last sentence again, wouldja.  That isn't something you'd say about Boomstick?!

The main reason I respect Shandler & crew is that they do it James' classical way, if not even in a more focused interpretation:

Edwin Encarnacion is a great, great hitter -- lifetime EYE of a screamin' 0.65 and lifetime flyball ratio well above average, making HR's impossible to avoid.  Granted, that EYE dipped to 0.48 last season, counting the bookend slump months -- which compared decently to Mitch Haniger's 0.47 in 2018.

WHY NOT STICK WITH BOOM, Dept.

#2.  This "reimagination" smells to me partly like kicking the can down the road two years (Paxton for Sheffield) ... but also partly like opening a window in a dank clubhouse cellar.  We strongly suspect that the 2018 M's had early arrived at a bad place psychologically, in part because they played way over their heads and then got gutkicked anyway.

His most-similar batters, lifetime are Frank Howard - Gil Hodges - Willie Stargell - Jack Clark - Mark Teixeira - Ndamukong Suh one through five.  Hey amigos, what would you say to getting a time-capsule Frank Howard in here for a 1-year rental waitng on JRod and JKel?  Well, Suh... that may just be a bad picture up top.

(Amusing side note:  at age 26, EE's number one comparable was one Kyle Seager.)

You bet.  Encarnacion is old.  It is precisely as a ONE-year rental that the Mainframe has interest.  As Kikuchi was able to spin Dr. D 900 degrees until, dizzy, the more he looked the more he liked, so does EE accomplish that for 2019.  A lineup feels different with an MLB(TM) cleanup hitter out in the sidecar.