Skip to main content
Dr's Prognosis
DOV Page A-16
Back page of the front section, 3+ news items with remarks 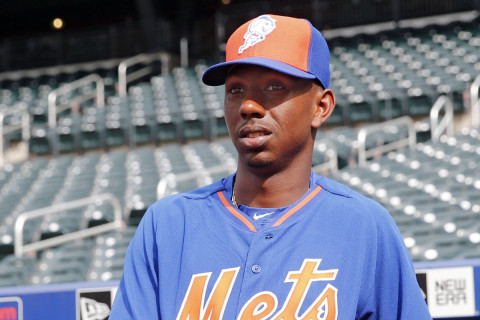 Dr. D is feeling awfully blessed this a.m. to see the hoboes back around the stew pot.  He'll take the accumulated thinkage at this site over any other in Seattle; these blokes aren't quite as sabe-literate, or connected, as a few groups 'round town BUT they are much older, wiser, have 100,000's of CF-camera pitches under the belt and they ain't afraid of math either.  You got yer Yankees analysts and chessplayers and attorneys and baseball novelists* and sea commanders and ...

You got a very adult, very enlightening Think Tank morning after morning with yer Joe.  And what do we find these guys saying?

Bobby Fischer once blew Robert Byrne off in a brilliancy and some putz axed, "What if Byrne had played ... QR-Q1?"  Fischer snapped, "That's finished.  Q-N4" or something glib.  But something bothered him and he went home and looked again...

And looked again, and spent days obsessing.  Finally he said, "The more I looked, the more I liked Byrne's game!"

It seems we're all having the same hallucination.  We strung ourselves from an attic strut when Dipoto sloughed Diaz and K-Pax, went home, read a few prospect reviews ... and read a few more.  And the more we looked, the more we liked the 2019 M's game!

Seems EVERYBODY feels that way.  And that's a chipper thing to see.  Thanks fer joinin' us again, amigos.

That Maldonado remains unsigned has seemed an oddity in recent weeks; while he’s unequivocally a below-average hitter, the 32-year-old is also among the game’s premier defenders at his position. As I noted about three weeks ago when Maldonado was linked to the Mariners, the 2016 Gold Glover ranks third among all active catchers in Defensive Runs Saved dating back to the 2012 season, trailing only Buster Posey and Yadier Molina — each of whom has caught at least 2000 more innings than Maldonado in that span. He’s also a perennially strong pitch framer with a career 38 percent caught-stealing rate, including a ridiculous 49 percent mark in 2018 (17-for-35).

The M's defense at catcher remains a tender spot worth keeping eyes slideways.  A ballclub like this one, trying to get it done on chemistry and a dozen things going right at the same time, that can be a big factor.

No one thinks Marco or Yusei is an ace, I doubt, but they're a fun 2-3 in either order. Mike Leake is the Platonic form of a #4 pitcher, Wade the White Wizard is a very cool #5/swing guy... if Felix still had a crown, we'd have an above average rotation. Easy to find room for Justus in a few months too, via injury, Felix demotion, Yusei innings-control or LeBlanc maneuvering. Justin Dunn, though, looks real good too. Do we know he's not a starter? Kid is built like a brick house. If he's a reliever, he's overqualified for it.

Everybody and but everybody will tell you that Justin Dunn has much better command than ... Justus Sheffield or for that matter, practically anybody.  So why wouldn't HE be in the rotation, week 1 or certainly as a general principle?

Oh well whatever nevermind.  Shandler** (in the MLBA, so actually Hershey) has an interesting way to put it:  "Could always go back to the pen and thrive."

Which I think is a great way to look at it:  view the RP role as a FALLBACK concept for this pitcher.  Which is aligned with The Sherm's instincts, above.

But.  Listening to JeDi about Felix ... how a long repertoire of pitches implies starting ... I think we can guess where this is going to go.

I'm not even clear on where this whole thing came from, an RP role for Sheffield and Dunn.  And until somebody enlightens me, I'm going to assume it crawled out of the dumpster. ... well, Dunn did RP in college.  But like Sherm and Hershey point out, he's very athletic and that's a plus for a pitcher going two hours, not a minus.

I was listening to Jerry talk the other day about how they don't view the rotation as a 1-5 like it seems to be by the fans. Heck if we have 3 #2 type guys (Gonzo,Yusei and Sheffield) and then sprinkle in Leake and LeBlanch.

You get bleedover into the bullpen.  Right now the M's are a 'pen away from being as good as they were last year; supposing Wade LeBlanc and Felix Hernandez and perhaps Mike Leake all invaded down there?

For those of you who predict 50-100 IP's worth of pit stop time for James Paxton per season.  ... With Yusei Kikuchi we are talking about the BEST pitcher in Japan, ELECTRIC stuff, UNUSUAL stuff that will be a novelty especially his first two trips around.

Kikuchi isn't a better pitcher than Paxton, at least not as things stand.  (Nobody IS.)  But what are the odds that Kikuchi will save more runs in 2019, just bulk run-for-run, than Paxton will?  We oughta put a taxicab meter on it.