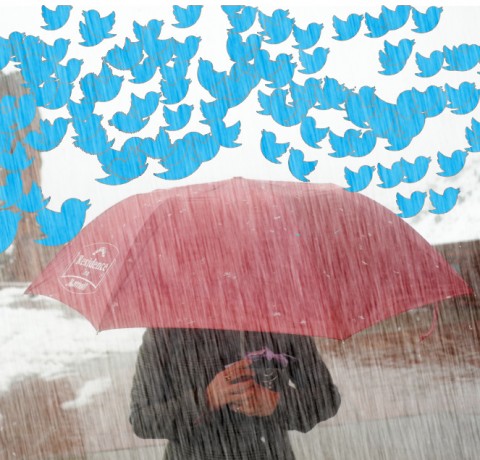 Twitter-sized takes.  Gotta vary your pitches, or so Yovanni tells me.  Who knows - maybe this will give room in the pot for Denizens to pitch potatoes?

YOVANNI GALLARDO - dibbled-and-dunked, with 60% offspeed 'mallows, to trick the Orcs for 4-5 innings.  I bet he can do that

VETERAN SP, 5 IP 3 ER - It's like the 34-year-old offensive lineman with bum knees in December.  There comes a time, you're just glad somebody puts a chip block on somebody

BEN GAMEL - Keep wondering whether we've seen his best (skills not slash line), especially in UZR.  He ran 77 feet in oh, around 1.1 seconds to snag this screaming meemie in the palm of his glove

EMILIO PAGAN - Finally watched him to grok the 26:6 CTL ratio.  Not too shabby.  Good fB location, starts and ends count with slider, goes above the hands.  Simply Executing

SERVAIS VARIATION ON THE LARUSSA SYSTEM - Skip is responding to 7-RP pen by letting "underexposed" Pagan and Casey pitch a little.  We heartily approve.  4.1 IP from scrub SP's okay if long guys go 2.2

ZEUS - On TV they talked about the Cy Young Award.  Yep.  Note that his top-5 CYA finish will end the establishment debate about Paxton.  Good riddance to it

The asterisk after "Orel and

The asterisk after "Orel and 88 Dodgers" is poking me in the ribs, as if to say, "Surely you, DaddyO, will chime in here!" For all I know this might have even been the intent of this appendage. 'Twas like hoisting a carcass in front of a savage carnivore.

First of all, appreciate the article, all the articles, all whatcha do. So I'm hoisting an "au contraire" with brotherly love here.

Now, 'bout dem Dodgers of 1988. No doubt, Hershiser was an ounstanding pitcher, and that year amongst all MLB pitchers he was The Colossus astride the gateway to Rhodes harbor. BUT.

22 starts by Fernando Valenzuela, 5-9 at 4.24, the worst starter on the staff in the second year of his long decline from superstardom

6 starts by hotshot prospect Ramon Martinez, 1-3 at 3.79, the first of two Martinez' to come up through the Dodger system, the second one being his younger brother, a certain guy named Pedro who turned out to be no slouch. Ramon was pretty good.

The only reason Hershiser stood out was because he lapped the rest of a pretty good staff.

PeeWee Herman went up against Mike Tyson in the World Series. Herman knocked him out in the second round.

I will say this, and this is probably what you had in mind. Come playoff time, as everyone knows, Hershiser truly did a Charles Atlas with the team.

Now the REDS. Lookin' from afar, it looked like they often had one Main Guy and bunch of Billinghams (as you point out).

Ya, that Dodger team gave Orel a lotta help din't it

I asterisked it because I didn't know how much Belcher and Leary sort of lucked into decent performances, vs. giving the Dodgers strong support.  So thanks for clearing me up on it.  :- )

How fun was that Hershisher season among a long list of epic Dodger SP clutch performances?  Wondering.  It was fun for ME to watch.  Cool guy, kind of like watching a Hisashi Iwakuma go bonkers on the league and the playoffs.

On clearing you up on it,

On clearing you up on it, blah. It was just a chance for me to look back on a special season. In so doing, I had to set a theme, so I blindly plowed ahead and what came out came out. Thanks for taking it in the spirit with which it was given.

Re: Hershiser. I had the privilege of following Don Drysdale's historic scoreless innings streak via TV and radio in 1968, when he broke Walter Johnson's 55 year old record. I can still remember watching the evil Giants' catcher Dick Dietz leaning into a pitch with the bases loaded to get an HBP and break the streak at 45 innings, only to see the umpire make the rare ruling that Dietz had not made a proper attempt to avoid the pitch. Drysdale's record was mythical to those of us who lived through it.

Which only makes Hershiser's feat all the more memorable. The same TEAM?! As I watched his streak unfold and he got near, I couldn't believe I would have the privilege as a hometown fan to witness such a thing twice, once as a 13-year-old teenager, and once as a 33-year-old man. The streak alone made the season special. When Orel set a new record late in the season, I had no idea that in a few weeks I would get to witness two more historic performances, Hershiser's playoff pitching, and Kirk Gibson's famous "I don't believe what I just saw" homer.

One further comment. You know who epitomized that Dodger team? It was not Hershiser. It was not Gibson. It was journeyman third baseman Mickey Hatcher. Not so great as a fielder, and not blessed with the greatest hitting talent, he was a classic dirt-dog spit-and-grit ballplayer. That season and in the playoffs he came up with big hit after big hit. It was not the loaded New York Mets who represented the NL in that World Series, the titan that everyone expected to tilt with the mighty A's. The Mets had Gary Carter, Kieth Hernandez, and Darryl Strawberry, plus a really good supporting cast. They had Doc Gooden, Ron Darling, David Cone, Sid Fernandez and Bobby Ojeda as a rotation. The Dodgers downed 'em in seven games. They somehow accomplished THAT feat BEFORE they even faced the Mark McGwire, Jose Canseco, Don Baylor, Dave Henderson, Carney Lansford, Dave Parker A's, who also had Dave Stewart and Bob Welch in their rotation and Dennis Eckersley in relief. Those be two SERIOUS upsets. And this AFTER watching Hershiser's regular season brilliance.

Thanks for offering the occasion to think about it again. I have been so privileged as a sports fan. I long for one more hurrah, a Mariners appearance in the World Series, perhaps even a  victory there. Who'd a thunk the Seahawks would ever do it. They did. Can DiPoto? Prob'ly not this year, but we can dream. Sometimes dreams come true.

A few of my favorite things

Best thing about Seager? We all knew this was coming. Mr. Consistency had to even our his line for the year.

Best thing about Gallardo? If we can ever get him back to the pen, he'll be a solid LR asset. Apparently.

Best thing about Boomstick? The screaming hissyfits thrown by certain people on certain websites upon his signing. (Okay, second-best to actual performace!)

Best thing about Paxton-for-Cy? Well, again not the BEST... but the fulfilment of ultimate prophecy regarding our Big Three SP prospects. One broke, one made it, one owns the league

Best thing about Gamel's play? He made it look somehow routine, despite the irrefutable awesomeness of every detail.

Best thing about this article? Daddy-O's response. =P (no shade thrown at Doc at all, I just LOOOOOOOOOVED the commentary!)

Best thing about this list of best things? It's done.

Sounds like somebody's squeezing a rubber chicken when those Dodger fans roll up behind you pedalling furiously ... :: ulp ::

And that decision to "go for it" by acquiring Andy Benes to be our #2. Using a couple of top prospects to get this highly regarded hard throwing stud, he turned out to be a Gallardo-Miranda-MarGon type, didn't he?

Yes, Matt, this has all the makings of a 1995 repeat. Let's hope the King returns to be what Benes was supposed to be.

Had a huge psychological impact

Benes did not deliver but he was more-or-less the first time the Seattle Mariners went out and glommed a celebrity rental.  I still remember hearing the deadline announcement over the radio.

We also traded for Vince Coleman

because we had no lead-off hitter and needed a legit player in left. Coleman was at the end of his career, but he was a lot better than Alex Diaz or Tiny Felder. :)

Nope, that is indeed one of the prototypes.  Sweet Lou managed to get Bosio and Belcher faking it for a little while, but no more so than if we got a couple of Gallardos out there throwing smoke and mirrors.

Seen in that light, the current Mariners start to remind me more and more of the '95 version.  For that to happen the M's need to go another 8-2 or 9-1 in Paxton's remaining starts.

Where's Kuma in all this? I've lost track of the likelihood he'll pitch again this year. If he and Felix both return to something like 80 percent of their former selves, we'd be in good shape.

And regarding Dodgeers/Reds: a pox on all y'all's houses.

Lol...yeah, I'm dabbling with blasphemy there.

A healthy Felix and this thing would be over. Just looking for that elusive #2.

On July 24th, he upgraded to playing catch from 140 feet and, after that, no further comments have been made. There is no timetable even for a bullpen session, let alone rehab. Iwakuma may never pitch in the big leagues again.

Felix should be back in early September, assuming no further setbacks, but I think he will be very limited and it may be wise for the Mariners to finish the season with a six-man rotation or to piggy back Gonzales with Felix (or somesuch), limiting the King to 3-4 innings at a time. His shoulder needs a full off-season off.

Funny you should mention about WBC-San's 'retirement'

Last night in the booth, Blowers was 'scouting' Gallardo's attempts to throw letter-high fastballs and he waxed nostalgic about Iwakuma's super-consistent elevation on that pitch.  What were his exact words ... "He used to throw that pitch so well" ... something that was subconsciously very past tense.

Which had been my feeling, but Blowers was reflecting the hallway conversations, I'd fancy.

He'll pitch again in future years but will it be for the M's?  Such a shame.  As you say Terry, it we be SOOOOooooooo sweet to see 'Kuma pull it together in time for late September.

You saw that Iwakuma qualified for the U.S. ammy in golf?  For me he's a true 2-sport athlete, graceful and precise in both baseball and (apparently) golf.

Didn't know Kuma could golf, but that's a very Japanese pitcher thing to do...precision and fine motor control is king in Golf.

Not so sure Kuma will ever pitch again...maybe he'll make an aborted comeback attempt somewhere...but it'll be brief if it does happen, IMHO

More than any other athlete, a golfer has to know where his spine is, and the pelvis attached to it.  Very aiki.  MLB pitchers are golfers, and I'd be surprised if NPB players weren't golfers too ...

Nicklaus said the difference between a pro and a weekend scratch golfer was the ability to produce excellent shots "automatically."  Sound like 'Kuma on the mound when he's in rhythm?

Divish says Kuma is throwing off the mound.

Acknowleding that he's too far off to project... but still. What a shot in the arm he would be...

So you're saying there's a chance

the odds are verrry long...

...I'm glad he's still throwing and now from a mound...progress...the first I've heard of in a while.

Now I'm dreaming of Kuma... well, not GETTING us to the playoffs, but maybe holding down a playoff roation spot if we make it there. He could definitely be right by then...