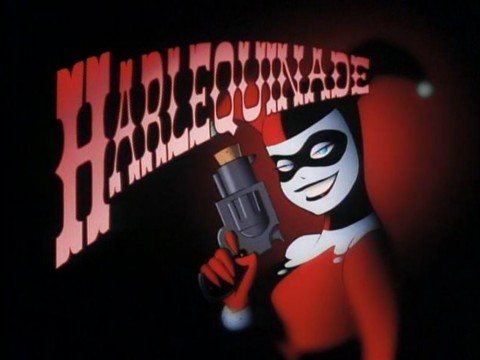 Was it just me?

....Didn't it seem like Paxton never shook off a sign tonight?  I din't see much of the early part of the game so I may have missed it....but I didn't see him shake off Ianetta once.

I hope I'm right and that this is the new Paxton.

I didn't see any shakeoffs either, mate.  I fancy the reason for that was ...

Not often at SSI we go with a simple description of events.  ... in the immortal words of Harley Quinn, reality is for people who can't handle 70-lb. circus mallets.  Or World War I "shell shock."  But in this case, Dr. D's ears are ringing as loudly as anybody else's.  More to the point, many SSI denizens now prefer to avoid watching Mariner games.

42% in swing states now poll as feeling that --- > one SSI postgame summary is as much Mariner entertainment as they can take in one day.

We live to serve, so:

1) Pregame, Dr. D called for necessary-and-sufficient sliders to get the Royals over the top of a few ... hence "in between" ... hence powerless against the lightning bolts of Zeus.

2) Duringame, Paxton was breathtakingly unable to throw anything but a fastball for a strike.  Those foshballs that WERE strikes, were waist-high spinners.  How they were not plastered for HR's time and again ... well, refer to rule 1).

2a) If you're one of the two LrKrBois left who insists on documentation, see this chart.  The cutters are the little burgundy rectangles waist high and/or outside the strike zone.

Just the fa'ax?  Paxton threw 59 fassssssst!balls, threw 18 lousy foshballs, threw 1 changeup and threw 0 knuckle curves.  Lemme get serious for a second here:  assuming that you throw 80% fastballs and 20% high offspeed pitches, and assuming that you're any normal ballplayer, then normally your ERA is north of 7.00.  No joking about that.  If you wanted to test the limits of ERA theory, the way you would do that would be with 2-0 fastballs and 0-0 high changeups.

3) In spite of the fact that Paxton was limited to one pitch, he shut out the Royals through seven.  For the following reasons:

4) The Mariners scored only 3 runs on 9 hits, because Duffy was tough and because that's baseball.

5) Fate conspired against the M's to push them, improbably, into a save situation for Cishek.

6) Cishek's slider was so Nintendo that he was hitting people with it, throwing it so that Iannetta couldn't catch it, and so that things got really random.  Random is not good for the team that has a lead.  This is forty years' game theory talking.

7) Salvador Perez is a really classy player and he got the GWRBI.

Iwakuma and then Mike Montgomery,

...is that it was literally brain dead...yes literally...as in anyone with neurons firing at all would question the call...to replace Paxton after 78 pitches, regardless of the 2 runs he gave up in the eighth, which largely scored due to Paxton forgetting that throwing to second was a thing in baseball.  Stupid...stupid...STUPID...to go to Cishek with a one-run lead against a team that good at making contact.

Thumbs up to Matt on this one.  Paxton deserved to get the ball in the ninth, at least until he allowed a guy on base.

Cishek has been just ducky this year but in that situation, with that pitch count, I think I'm giving the ball to my big hoss, unless I had one of those Riveras or Eckerslys ready to go.

I'm agreeing with Doc, as well.  Perez is a class act and a heck of a catcher/ballplayer.  I want to think he's a 34 year old, 12 year veteran...but he's just 26.  We should make Zunino watch Perez tapes all day....use the Clockwork Orange-type calipers to keep his eyes open and tell him, "copy this dude!"

Yep, it was a little strange to pull James Paxton

Although, there's no manager or GM who is going to fault you when your SP hands the ball to your (legit) closer.  Whatever the circumstances.

Must have been very tempting for Servais to leave Paxton in, because of the losing streak.  But like it sez in the game program, Paxton was actually throwing poorly by his own standards ... had given up 2 in the 8th ... was looking at guys the 4th time around ... and you hate to let Paxton get hung with a L.

Sometimes managers seem underpaid, no matter what they're getting ...

Not letting him get the L is a fair point.  That's partly why I leave him in until the 1st guy gets on base.  I thought it was a bit too much "by the numbers."  9th inning, go to the closer.  But sometimes you dance with the gal what brought you there.......especially if she's at 78 pitches.

I believe it was after the third pitch Cishek threw

During the first batter Cishek was facing, Blowers mentioned that NORMALLY late in games, teams play their outfielders deeper and the corner infielders on the lines... but as Blowers noted, the Mariners choose not to do this.

So what happens... Merrifield hits one down the 3rd base line, and Perez hits one over Martin... Classic.

Score one for Old School vs. those fancy new defensive metrcs.

Nobody cares what your roto team is doing, to be sure, so move along if you wish..but I gotta say that I follow Doc closely when he's onto something, and he made a point a couple years ago when we signed Hultzen that if you are a left hander and throw 94 or so consistently, it's hard not to find you among the league's best starters. I studied his charts, and darned if he weren't right.

So...once Duffy had a couple good starts, I picked him up, added him to Paxton (a $1 flyer at the auction), traded Danny Salazar (a $3 flyer on his option year) for Jose Altuve, and went to war. And darned if last night didn't validate Doc's observations.

Mostly because I was doing the DaddyO fast forward in anticipation of the impending doom.  Great catch Rain.

If Servais bunched the infielders and pulled the OF in, it shows you his commitment to numbers over proverbs.  In general that's pretty admirable, but that doesn't help us last night.  Doesn't help Servais when his own ballplayers second-guess him either; he had a big sell job on the mere idea of a shift.

Now I know how Navin from "The Jerk" must have felt when the new phone book came.

I always knew that in my life I would make some great contribution that would leave a lasting impression. :)

One other thing about Duffy

I didn't watch last night's game, but I enjoy watching Duffy pitch on gameday, with the heat map on the left (I watch on CBS Sports). Duffy more than any pitcher I follow hits that heat map like it's burned in his memory, going after the blue zones and avoiding those red ones. Watch that guy. He's got it figured out, and if he is now healthy...

I had the same reaction Rick

Hadn't seen Duffy pitch much, and here he was bringing 96 from the left side.  I'm going, what has been the holdup on THIS guy?

None, really, it turns out.  He's 27 with ERA, K, BB, HR numbers very similar to Paxton's.  Looks like a monster pickup for your roto league Rickster.

The M's feel totally out of sync.
More a mental thing it looks like, but hopefully, the All-Star Break can put an end to that.

One other thing I haven't liked about this team is the old sucking it up and rubbing dirt program they had with Walker and a couple others.
What happened to the days of "ohhh, nooo, YoungAwesomePitcher might blow out his arm" and all the hand-wringing over possible blown elbows and shoulders?

Walker should have been DL'd way, way earlier.
The season is a marathon and wasting 4 starts with an injured Walker was not a winning strategy.

None of the 'foot doesn't affect arm' arguments will ever make sense to me.

If your foot hurts, you're gonna change something to compensate.

I wouldn't be surprised if Walker blew out his arm now.

You're probably too young to remember Dizzy Dean, Ice.  (Come to think of it, so am I.)

Wish I lived in Japan.  They've got two clues to rub together about body control.  It's 2016 and MLB(TM) is STILL !!! reluctant to listen to anything from Japan.

At this point I'm assuming (hoping?) that Taijuan gets the year off, basically.  Which could still leave us with a top-flight rotation, if a few dominoes fall.