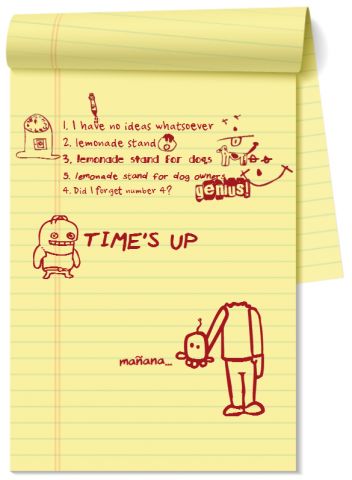 Success in the Sunday experiment would have cut deficit to -6.5 games behind the Astros.  Instead we are now -8.5.  On the plus side, we could have been down -12.5.  The 1995 miracle run that saved baseball was staged from -13.0 games back and was an electrical miracle unlikely to recur.

Two thousand mineral compounds have been attempted in finding the filament to light up the corpse.  As Dr. Edison said, that is 2,000 filaments that we now know to be useless.  Of course, this remark came from a mind so insane that it would publicly execute giant elephants via 6,600 volts of alternating current.  Cannot predict whether my own enthusiasm for baseball will withstand similar treatment.

Record is 8-7 over last two weeks plus.  Only feels like 2-13.  Progress is documented but painful.  Unfortunately, I have nothing better to do with my life than to continue the experiments.

Take heart from Dr. Cobain's first great experiment.  "About a Girl," he said.  However, females are far less confusing branch of science than reanimation of local ballclub.  Dr. Cobain's frustration and elation over his baseball/female relationships provide comfort in darkest hours.

VINCENT VELASQUEZ.  Have never seen a starting pitcher KO'ed after 3.1 IP having allowed only one run.  Still less to have seen the home team then "locked down" for 2 total runs in the game subsequently.

The entire 6-2 experience was absolutely surreal.  This is the case even relative to my own life itself, which the mob outside my lab incorrectly considers to be surreal.

Goes to Dr. James' theory that the Astros' lab is managed by geniuses.  Velasquez, having thrown >40 pitches in the first inning several of which were ripoffs via the home plate umpire, then amazingly threw a 97-MPH fastball by Brad Miller to end the inning.  And competed brilliantly for the rest of his pitch count.  Makeup off the charts.

J.A. HAPP.  The Mariners have three (3) of five (5) starting pitchers with "minus" change speed games.  Despite this they pitch with fair effectiveness.  Lack of change speed threat places undue pressure (circa 1,200 PSI) on pitch location and quality.  However, pitcher arsenals withstand this pressure with few signs of rupture.  Another physical oddity about the 2015 experiments.

Happ has the body language of Cliff Lee.  He is relaxed yet aggressive, powerful yet corpse-loose in deceleration.  A few left hand pitchers automatically begin the game "in a rocking chair" -- Lee, Hamels, Oakland pitchers -- and J.A. Happ is one of them.  Even when behind on the scoreboard his demeanour is that of Dr. Einstein.  Rarely extends the tongue jocularly, however.

Happ's control ratio of 61/20 is very similar to the 68/19 ratio during his surprising 2H 2014.  Also he performs in an environment conducive to his success.  If the Mariners could obtain four (4) starting pitchers who outperform him, this would be similar to the 2001 experiments that produced 116 victories (Paul Abbott was the #5 pitcher).  Very few clubs have five positive starting pitchers without contending; fewer still fail to contend with five SP's together with an average offense.  Quality #4-5 starting pitchers have a tendency to weigh heavily against weak opposition during a long season.

EDGAR MARTINEZ.  Has, in only two games, taught his teammates how to take long, long looks at pitches before swinging.  Results documented in BB totals and pitch counts.

The phenomenon is somewhat paranormal, since his teammates have not yet begun listening to him, and since the phenomenon extends to approximately 2-3 games before his arrival.  For some 3-5 games, the Mariners have been consistently "hunting" pitches according to their pregame plans.

Particularly notable in this regard are Mark Trumbo, Austin Jackson and Nelson Cruz.  Relative to their own standards, Brad Miller and Mike Zunino are also showing premature manifestations of star quality pitch selection.

Enemy homers do in fact hurt me, but Walker's role is secure under the circumstances.  Also, his fastball is improving (in velocity and location) on game-by-game basis.  Schilling manifestation (ca. 1994) emerges as possibility.

Yellow pad above is --- > corrupted by final headless-man doodling, made not by Dr. D but by Taijuan Walker, with reference to manager who removed him from game after 94 pitches.

GAME BROADCAST.  Am not predisposed to affinity for Aaron whathisname.  That said, the young man has the following qualities:

Also on the broadcast, they made a comment to the effect of "Pitcher wins and losses Is an Extinct Stat," following with remarks about Felix' 20-win season not two minutes later.

Must remember to preorder olanzapine,

I like Aaron whateverhiname is.  He calls a good game and doesn't get in the way.  Sims needs a lot more of that second part.  But anybody who is buying into the idea that pitcher wins and losses don't count, or are going extinct as a valuable stat, is too wrapped up in "new paradigm" and baseball metrics.

It is like saying that RBI don't count.  They are both valuable stats that indicate valuable skills.  There is no Unified Theory of baseball stats, the one number that finally exposes the truth.......so lesser stats, somewhat flawed (as all of them are), need to be used judicioulsy and with care.  But those lesser stats certainly have merit.

The key to the "new" Walker is his rhythm.  He gets a sign, takes a breath, and winds up.  If he never shook off Zunino again, I wouldn't mind.  Such an approach isn't necessarily throwing without thinking, it is rather throwing WITH conviction.

And I still wish we had a new manager in the dugout.

And I still think Jones was the very wrong addition.  Yesterday certainly did nothing to dispel that concern.

Taijuan's "grip it and rip it" mode

Agree witcha Keith-O.  There are guys who benefit from reducing to one or two swing keys, right?  Walker's fastball is so dominant -- including long stride, "hop," and life -- that he can afford to focus on refining it.  Wouldn't work for Erasmo, that's fo sho.

LOVE the Unified Theory analogy.  Fangraphs' demand that everybody crowd into the same undergrad class is illogical, but thankfully diminishing in impact.  People are moving to the next stage, which is to be aware of the Unified Theory info, but not be limited to it.  James himself leads the charge.

Monitoring your idea on Jones.

What are we doing Doc?  I don't have cable, so I generally only watch about 6-10 Mariners games per year.  Yesterday's three hour affair was one of those games.   After KO'ing this Velasquez, and getting to that soft Houston underbelly, the Mariners forgot the part about removing the entrails and dining on the remains before the vultures showed up. There is the see saw, the hope for the big hit, the dissapointment when it doesn't come, the hold out for the rally at the very end.  Watching a 100 games per year of this could make you crazy!

I think that baseball is best left watched by other more well adjusted people at SSI, and then they can tell me about it.  If they start acting like one of Pavlov's pigeons, then I will assume that something bad happened, or worse, nothing good happened when it should have.

The problem with taking baseball too seriously, is that the team doesn't perform miracles, answer prayers, or do what you ask them to do.  You can yell at the TV, wear funny socks, never shave, swear an oath, or do whatever type of fan or player superstition that you think might help, but in the end, baseball is baseball, and group insanity is part of the package.

The difference between Edison and the Mariners, is expectations and funding.  Back in the 20's, no one expected a light bulb.  Edison had unlimited funding, and an army of inventors, and thousands of trials to prosecute his visions.  The Mariners have a season or two before a Marlinesque fire sale, they have a $120 million payroll and a second round draft pick.  Also, a lightbulb has a lot fewer moving parts than a baseball team.  How are you to know what the correct filament is, if you don't have your air pressure, amperage and voltage nailed down?  If Edison's experiments made him crazy enough to electrocute elephants to prove a point, how is there hope for us Mariners fans?

Removing the entrails :- D Can always count on The Counselor for a vivid Alaskan Bush image.  I looooov eeeet.  But I gotta say, "watching 100 games per year" sells Dr. D way short.  (Anybody else?)  Admittedly, my fast-forward time is getting shorter and shorter.  Yesterday it was maybe 45 minutes.  You've got to do something to avoid schizophrenia besides just olanzapine.

Kidding.  Jn. 14:27 is much better than olanzapine.  In both cases, taking the Mariners with a grain of salt is imperative.  Hopefully SSI is on this bandwagon most the time.

+2 on your Edison analogy bro'.  The number of trials remaining to Zduriencik has got to be limited now.

Zduriencik has been allowed more than 1,000 experiments and he's still sitting there imperiously making painful public judgments of people like Howard Johnson when he fires them.  Does Jack Zduriencik not carry himself as though he has GM'ed three World Series teams?  Tell me he doesn't.

Where's that grain of salt when you really need it?

"Has, in only two games, taught his teammates how to take long, long looks at pitches before swinging.  Results documented in BB totals and pitch counts."

I hope the trend continues and this isn't just a temporary bump. I think many of us have been frustrated for years at the Mariners' lack of patience at the plate. For Cano, especially, we see the need to tighten up his strikezone, which hopefully Edgar can help with, or at least continually reinforce the notion.

You can see the batters' decisions

Counting up BB's is one thing ... if you watch the M's hitters let the ball travel before they make a decision, it's pretty remarkable the last week.  No lunging, no cheating, just peering at the pitch studiously and then letting the bat fly.

Not saying they're the 1961 Yankees, but it's been cool to watch during the homestand.

Edgar's place at the table can't do anything but help sustain the pre-planned AB's.

Wouldn't it be great to get someone like Jeff Sullivan in the broadcast booth? But I do like Goldsmith. I suppose his demeanor suits me better than Sims. But it's not like Sims is awful. He's a perfectly competent broadcaster. And, I thought it was hilarious the other day when he got salty at Cano for the latest baserunning gaffe. At this point in his career, I don't think Goldsmith would dare to go there.

Sims got uncharacteristically fiery during that game.  Niehaus used to do it any time he felt like it, and except that it got old w/r/t walks, it was hilarious.

I wonder if much of the Edgar move was partially intended as a last gasp effort to let Dustin Ackley find himself, and in a Mariner's uniform.

Maybe Edgar can help find The Lost Kid underneath all that hair.

Lot of similarities between Edgar and Ideal Ackley

If Edgar could somehow help

If Edgar could somehow help salvage Ackely his hiring would be worth it for that alone.

If I was Edgar (now THAT's a laugh!), I would sidle up to Dustin behind the batting cage and say something like, "I don' know man, butchoo might try to shake things up a bit, do something like shave off that beard, just to see what happens. Whatever you've been doing since your second season hasn't been working out so well. It can't hurt, and who knows, maybe it'll put you back in touch with a time when you were successful."