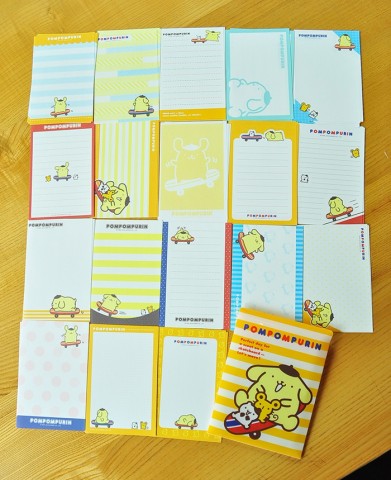 Had three separate "Plus Shortstop" plays in the opening Coin Flip game.  He darted quickly to his left to snare a line drive up the middle, starting an early double play.  He scurried 4 quick steps to his right and jump-threw the lead runner out.  I forget what the third one was, but it was a marginal play too, a 60% er that Marte converted.

Early on, we complained that Marte looked stiff, mechanical, and nervous.  He seems to be finding his rhythm with the glove.  UZR stats aren't up yet, but Dewan has him for +5 plays above average already, all +5 to his right, which are the defining plays for plus shortstops.  Mercy sakes alive, he's been an asset defensively and the M's sit at #7 of 30 teams in Defensive Efficiency.

Tell me you expected this team to be upper-echelon in defense?!

Aoki is a radical outlier.  There is no slap-hitter in baseball who draws walks like he does, or at least no slap-hitter with a K/BB ratio like his.  We'll go out on a limb here and suppose that Jerry DiPoto likes that.

How does he do it?  He's got a super quick two-hand backhand tennis swing that covers about half the arc it should, and pitchers get very frustrated trying to keep him from zinging the ball through the infield.

Mike Blowers has always been puzzled that the shift would apply to Robinson Cano.  In Monday's game, he got an outside pitch and rolled it to the left side -- on the McDonald's Super Mo(TM) you could actually see Cano's eyes shift, during the swing, up to the left side of the field.  He leisurely blonked it over to the "shortstop" and then strolled up the line for an easy hit.

In November 2015, the rumor came out that DiPoto might be able to lure Iannetta in here on the cheap.  The Mainframe grok was that Iannetta could "stabilize" the Mariners, be a big part of the difference between "dysfunctional collection of talent" and Serious MLB Ballclub(TM).  The evidence appears to be coming in on DiPoto's side.

Was again talking to etwoncoug last night during the game.  I brought up Marte thusly:

SABRMatt: Marte's cleaned up his defensive game quite a bit in the last two weeks.
etown: Not really.  He had that really ugly error just yesterday.
SABRMatt: Not worried about occasional miscues, I'm talking more about the balls he's getting to.
etown: I think he will end up with 40-50 errors this year
SABRMatt: LOL, wut?  Not even Russ Davis made errors at a sufficiently high enough rate to get there playing SS, and he was far more mistake prone.  More like 28-33
etown: Davis wasn't a SS
SABRMatt: As I said...he's nowhere near as much of an airhead as Davis was.
etown: I just looked it up...huh...he only has 4 errors this year?
SABRMatt: It's all about the perceptions you've forged...he made a ton of errors in ST and three in the first five games
etown: I thought he had like 2 in this past weekend alone - he must have had a favorable hometown scorer

And later, after Iannetta threw a ball into a runner coming to 2B for a steal attempt in the 9th inning:

etown: Those are the errors you don't see in the box score
SABRMatt: That's not an error on Marte...that's on Iannetta - that was a bad throw...at best a 30% conversion rate for even the best of SSs
etown: You gotta catch those balls
SABRMatt: *blink blink*
SABRMatt: Nah...he's been doing a pretty good job receiving Iannetta's throws all year...that was a bad throw into the runner.

Perception is a powerful thing when it comes to how we evaluate defense.  etown is on record saying he hates basically everything about Dipoto's offseason and thinks this is a bad team...he is looking for the mistakes...can't really blame him...we're all conditioned to figure out how they will let us down by now.  To my eye, at least, however, Marte looks like an above average fielder who might play at only average to slightly above for a few years while he tightens up his decisionmaking and body work and gets used to the league.

wish we could get etowncoug in here more

You need a guy married to the Disaster Scenario for a season like this.  :- )

I like Coug, but he's a little too committed to his initial reactions.  It shouldn't be that tough to see what's been happening.

They're easy on the eyes so far.  The games are competitive each day;  timely hitting most games; decent pitching and defense.  Also pleased with the Paxton-as-backup plan regarding the rotation. Because we have some replacement-level back-ups in Tacoma it's hard to see long losing streaks upsetting this season has have occurred previously.  This front office is acting more nimbly when it is required and with better pieces to work with overall.  This is stacking up as one pretty enjoyable season.   Can't believe I feel this way and it's May already.  Hooray for baseball.

M's fans justifiably had the "Show Me" attitude

Since the 2-6 start, the M's have shown us the best team in the AL.  Granted it's only been for two-three weeks, but still.

This team is special

The play is elevated across the board.  Iron is sharpening iron.