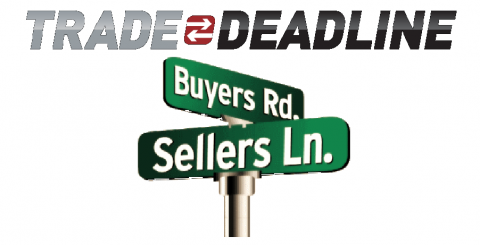 You know Dr. D is a big fan of Greg Johns' mailbox feature for two reasons:  (1) he's got the ability to put his finger on relevant topics, and (2) he's got a hair-fine feel for what is truly actionable between ML teams.  So we look forward to this feature each week.

The method should also be familiar by now:

We'll start with this:

I read the Royals might be interested in Ryon Healy. What do you think the return could be with him and how likely do you think it would be that the Mariners use him as a trade chip?
-- Paul W., Seattle

That's an interesting situation because typically contending teams trade Minor League prospects to bolster their Major League rosters, not current starters. But Healy's role clearly will be lessened once Robinson Cano returns in mid-August, so it's not out of the question that Mariners general manager Jerry Dipoto might use Healy to acquire pitching help.

I don't see a likely match with the Royals, however, given Kansas City has considerable young first base depth coming up in its system. And while it'd be great to land a quality starter like Danny Duffy, the Royals' rebuild doesn't likely involve getting rid of guys with three years of team control remaining.

The other issue with trading Healy: Who plays first if you get to the playoffs, when Cano is ineligible?

Dr. D is bullish on a Healy trade because of the .275 OBP and the Mainframe sees Dipoto as laser-focused on "traffic."  Wasn't that Dipoto's first practicable move, with both the Mariners and the Angels LOL, to shed Mark Trumbo at the first conceivable opportunity?  Tell me again what is the difference functionally between Healy and Trumbo in a good year?

He's bullish also in the sense that a club-controls player like Healy is not only NICE for teams like KC, Bal, and Tampa, but absolutely critical.  You're talking about a player who isn't even ARB eligible until 2020.

He's bullish too in the sense that a missing first baseman for a week or two in October hardly recommends and overflown volcano in the middle of downtown LA.  Like TJM sez, Ben Gamel has a 1B glove as does Dan Vogelbach and about 50 other players in the M's system.

He's bearish, though, in the sense that you have to find a club who will take the good with the bad on this kid.  20 HR and 53 RBI in 82 games is a lot of good, we gotta say, and Ron Shandler HQ sees the possibility of a .280-.300 AVG eventually on Healy's All-Star unie. Perhaps some other clubs do too.

Saw that the Mariners are interested in Asdrubal Cabrera. Is this just another rumor or are they serious? Is there a need?
-- Alexander S., Portland

Although Cano's return eliminates any need for depth at second base -- where Cabrera has played all season for the Mets -- I don't rule this one out since the 32-year-old would be a nice offensive upgrade over utilityman Andrew Romine and can play short or third base as well. And Dipoto mentioned the possibility of trying to add some versatility. Cabrera would be a nice veteran insurance policy in the infield, if the price is reasonable.

On this one Dr. D is far less bullish, simply because back in the day -- the McLemore day -- the M's 2B-3B-LF were David Bell, Joey Cora and Al Martin.  As opposed to the All-Stars that the M's are generally rolling out in those positions nowadays.

Johns demonstrates his fine feel for the game with this answer:

Patience, Patrick! Don't forget that Dipoto already made one of the biggest trades so far this season two months ago when he acquired Alex Colome and Denard Span, and I'm sure he'll make more moves before next Tuesday's deadline.

If the M's had dealt for Alex Colome by himself on July 31 then Dr. D would be one happy camper.  He gives the Emz the wonderful ability to shorten a ball game to seven innings, end of story, period, full stop. There are few things Dr. D !ENJOYS! more than to see the M's cobble a lead in the fourth or fifth inning and then nurse te game for you through the final innings to ---> the dominating ninth by Sugar Diaz.

Gratuitous baseball stat. Dr. D read the other day that the Mariners were the first team in the history of major league baseball to finish with 60 wins in their first hundred, along with a minus (one) run differential. Next closest, 50s Dodgers team that ran a +14 RD.

Last he checked, the M's were #8 in MLB in hitting and #15 in ERA, the combination of which is easily enough to merit playoff action.  And I dare you to tell me that the M's pitching staff is not BTA as MLB staffs go.

So, yes, absolutely, Dr. D and you would love to see some improvement over the next week - where, who knows, though he sure as shooting fancies that 6-man rotation.

If you enjoy this article and prefer to see the Think Tank sur-vive and thr-ive, you may wish to check out Dr. D’s fundraising shtick.  Or if you know you’re ready to join the Ownership Committee, here’s a direct link to the sponsorship page.  Already 30% to goal after a mere 4 days.  Thanks amigos!

BUT WHETHER YOU CAN HELP OR NOT please don't forget to throw a potato into the hobo stew pot if you're sittin' down to eat.  Funds are necessary, but the back-and-forth is the fun part.