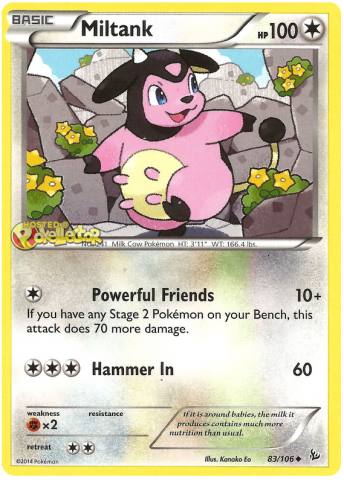 SABRMatt sez he likes pitching changes, a lot of them, in fact:

I like the wheels turning, the managers matching up guys, the variety in pitching styles you get...and the fact that this style of play requires teams to get good at specializing and finding advantages and depth. To fill out an entire 25 man roster. To choose which they want more, the 8th reliever or the third benchie.

Give the pitchers coming out of the bullpen a 1 minute clock...they can either (a) run to the mound like an athlete and then have a few seconds for a couple quick warm up tosses...or they can trot out and be ready to pitch immediately, but once the manager makes a move, they get ONE MINUTE...and then they are pitching. No commercials except between innings. Period.

James had pointed out that you want one actor in a movie.  You know what I mean.  If Liam Neeson's daughter is in peril, you don't want Harrison Ford playing the dad in the first 30 minutes, followed by a swapout for Bruce Willis halfway through.  Well, Bill didn't frame his argument in such a kludgy way, but y'know.

Dr. D is all about coherency.  So he was charmed by this idea, that baseball is a better game if Warren Spahn is throwing all 16 innings against Juan Marichal.  The ups and downs and emotions are coherent for both mound heroes.

Did you know, by the way, that Anthony Reyes lost the best game he ever pitched?  Reyes has two complete games in the big leagues, a 1-hitter and a 2-hitter -- and he lost both.  James has a list up, of starting pitchers who fired the best games of their lifetimes and lost that day.  Steve McCatty had this happen against the Mariners, in the era of BillyBall.  McCatty twirled 13 innings of 1-run ball and lost in the 14th inning.  Boy, do we miss Billy.

But this week, we're revisiting an old Pokemon habit.  Are Magic and Yug-I-Oh and those other trading card games the same?  In Pokemon, the fire cards are weak to the water cards -- the Charizard flame dragon gets hosed down by the cannon water turtle Blastoise.  But the blue turtle itself is weak to the green cards, which are weak to ...

There are like 12 colors in Pokemon now, a darkness color and a metal/mekanik color and a fairy color.  Yeah, a crunching machine with gears and blades might be weak to a Tinkerbell character ... I don't keep up.  In my week back into it, I only learned that my fave yellow Electric cards fizzle out, and that my hated Water cards are good and the ones I'm forced to use.

The Rock-Paper-Scissors aspect of the Pokemon card game unquestionably makes it a better, richer game.  It's less like "Sorry" and more like checkers.  You could argue, I guess, that baseball is already chess (because of the pitch options, defensive shifts, etc.), and that the added complexity is too much.  Chess becomes ... what game is too complex to be fun?  Nothing comes to mind.

YOU could argue that baseball is already as strategic as it can afford to be.  DR. DETECTO would certainly not argue it :- )

Was this unprecedented?  Had there ever been another team that used 13 pitchers as consistently as McClendon did?

Charlie Furbush is an interesting Pokemon monster to have on your bench.  He's got two attack moves, in Pokemon lingo.  He's got a LOOGY type of usage, and he's also got a "Two Innings" type of usage.

The most consistently effective card in our home games, by the way, is the dumbest-looking.  It's called Miltank.  It's a giant cow walking upright, super fat, with bunny ears, Madonna horns, teats emphasized and a dopey smile on its "face."  It's looking back over its shoulder, hoping somebody is coming with a pail.

This unbelievable card does 80 damage for only 1 energy attachment.  You keep a stream of them entering the game, and it dominates the dragons and giant alligators.  You can barely stand to look at it, but you've got to pay it $6M per season.  This is common in baseball bullpens and in Orkland.

Tom Wilhelmsen is a category of Pokemon, called a "wall" or a "sponge," like Snorlax.  He'll walk people, but he never seems to give up a home run (0.54 per game, lifetime, four seasons' worth of relief innings).  You get damage counters on him, but never get the KO.  You make progress but never win.

Oddly enough, in Pokemon you use this kind of card first thing in the game, to buy yourself time to set up other maneuver.  McClendon used Wilhelmsen exactly this way.

The second LOOGY, if used in 2015, will be a super-specific bench monster.  I've got a Psychic Pokemon that is useless other than that situation where your opponent brings up a supertanker "EX" card -- and then it simply "barriers" all damage.  For those 10% of cards called "EX," it is a simply perfect card -- but otherwise it's useless.

Do you want it occupying a precious spot in your hand, or is it too costly for its specialization?  Is Joe Beimel really worth it, if all he does is guarantee you that Chris Davis will not hit the ball hard this at-bat?  Hm.

People are complaining that baseball is "broken" in the sense that it should make rules against pitching changes.  But as long as it doesn't, McClendon's got a big advantage going here.  And he's exploiting it.