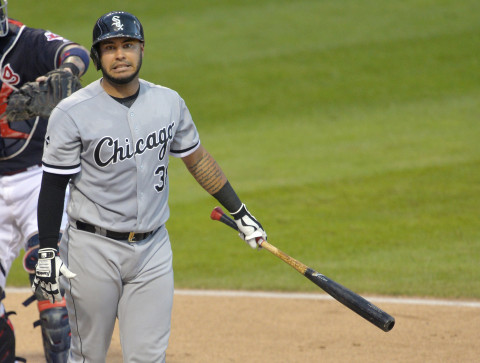 Greg Johns does his consistently nice job, giving you a primer on the M's roster in case you missed it.  Similarly, here is a graphical depth chart for 2019.

Catcher (2): Omar Narváez and David Freitas
What changed? Nothing yet, though this remains an area the club would like to have bolstered to help out Narvaez, who has struggled at the plate so far this spring while trying to learn a whole new staff, as well as working to improve his pitch framing and footwork.

MAINFRAME CRUNCH:  The catching defense could, we say could, become one of those hidden internal hemorrhages that suck runs off the Pythag.  It's worth wringing your hands about.  Johns suggests Martin Maldonado or another strong defensive catcher.

First base (2): Edwin Encarnacion and Daniel Vogelbach
What’s changed? Encarnacion has played more first base than expected this spring and the 36-year-old slugger appears targeted as the Opening Day starter, which would allow Vogelbach to take the designated hitter duties and also be available to play first base at times. The odd man out in this scenario for now would be Ryon Healy, the returning starter, who has Minor League options remaining and thus could open the year in Triple-A Tacoma without being exposed to waivers.

OH HAPPY DAY:  The M's, at last, truly forced to fish or cut bait on 'Bach.  Lest we forget, the Mainframe considers 'Bach's HIT tool -- and EYE -- to be special, special, special and come the season when he relaxes into his swing, there may begin the string of Ortiz-lite seasons.

Into the bargain here, we've got an aging 35-year-old MLB(TM) cleanup hitter and one more thing to hope for:  that he'll escape the Grim Reaper's trade scythe, or (while SLGGing a short-season .600) bring back something Sheffield-ish when he bails.

Shortstop (1): Tim Beckham
What’s changed? This one seems to be playing out as expected, with the veteran Beckham in line to open the season as the starter. J.P. Crawford remains the heir apparent to Jean Segura after his acquisition from the Phillies,

Dr. D won't bust the M's chops on this one.  Though John Sickels gave him a sky-high B+ rating in this scouting report, he's not really my kind of player.  "Smooth" defense and a lefty bat with 10 homers (?!) and a good EYE, it doesn't sound like waiting on to me.

Still and all, the verbiage reminds me of a young Craig Reynolds, back where she allllllll started.  A defender you're proud of with a bat that threatens 100 at short.  J.P. Crawford is at the perfect age that yells "MLB Ready," not too young and not having wasted any time.

Don't know where else to put this.  Jay Bruce reminds me SO much of something you'd have seen roaming around the field, unsupervised, for the 1970's Mariners.  Not to get on Dipoto too much.  He's a placeholder, we're sure.

We schmeckled a bit about the rotation in t' other article; Johns gives you something to munch on in the pen.  If you missed it, Hunter Strickland closes and there are seven (7!) slots wide open after that.  T'would be interesting if one of the prospects, let us say Dunn or Swanson, pulls off a big story in camp and becomes one of the seven.  In the meantime we can expect Dipoto to do some scavenging here, no?