Skip to main content
Dr's Prognosis
Fool Me Once, Shame on You. Fool me 42 times, shame on Howard
Yes, Dr. D is back for even more punishment 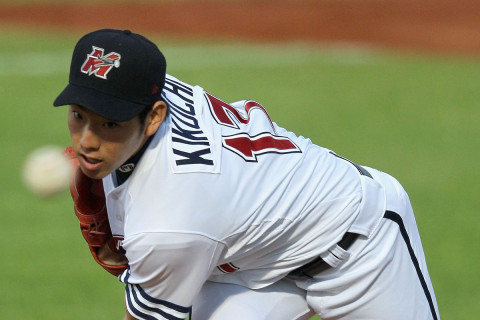 Dr. D started out his Mariners-shtickwriting career in 1995 with absolutely nothing, and he still has most of it.  You know how many franchises wish they were the LA Rams right now?  ... We can think of 42 of them.  Forget winning the Serious.  We are talking about HALF A CENTURY of never LOSING the Serious.

And yet, the Mariners in Stevie Nicks fashion jiggled their hips, waved a gossomer silk sleeve and hand-topped a top hat .... and Dr. D was right back in again.  Siiiiighhhhh.....

These are twin TOR starters who run up enemy hitters' ball-strike expenses very quickly.  The Mainframe can guarantee you that if they were ramping up for the Oakland A's right now, you could absolutely bank them for 3.59 season ERA's, 108/32 control ratios, and 3-4 WAR on the season.

An apathetic Dr. D was surprised to find that the M's TV broadcasts were not replays :- ) and his first glances at Kikuchi and Sheffield were sickening.  For him, that is.  See the title of the article.

Needless to say, Sheffield heads to AAA to gyp him out of his fairly-earned year-6 free agency -- and this nicely dovetails with the last two months we owe Felix.  Once again, as has been the case probably 20+ times in 42 seasons, the M's will farm out a pitcher who is very obviously one of their five best starters.  Gimme the odds on a rookie pitcher soaking 1,100 innings in his first six years -- to justify that winning-ain't-everything mentality?  MLB is SOOOooooooo different from the NFL.  I hope you mooks appreciate the heroism behind which Pete Carroll grabs an imploding team by the scruff of its neck and simply WILLS it to ten wins.

Were that we HAD an Oakland brass in Seattle.  But s' OK.  The Oakland A's hid behind vinegar barrels soaking up enemy Gatling fire last year, and when a 36-36 A's team decided it had the 25 men it wanted ... the streak to 97 wins began.

When you look over the 2018 A's roster a little bit, do you find a loaded monster truck's worth of talent that we'd all overlooked?  Or do you find a bunch of Jed Lowries who all had big seasons together?

1.  Lowrie himself, at age 34 playing 2b, had a career OPS+ of 103.  Last year he dialed it up to 120 OPS+.  I think the point is supposed to be that Dee Gordon could do that too; it's not the Prime Computation but!  ... we WILL give Dipoto credit for having pulled in some dynamic assets to break camp with.

It never seems to surprise you when Billy Beane pulls a 33-year-old journeyman out of his ear like this to emesis up 100 RBI for him.  And it wouldn't surprise ME very much if he pulled a 97-win farce out of THIS roster, give or take a reliever or eight.

3.  It goes on and on and on.  Stephen Piscotty, a talented 105 guy (kinda-sorta like Healy) who slugged .491 in 151 games, performing roughly as well as Mitch Haniger.  Chapman and Olson both coming through with 90th-percentile best cases at the corners.  But the real point is that not ONE A's starter had a poor year; every single dumpster-dive single A had an OPS+ of 111 or better, except their SS at 94 and Lucroy at 71.

The Mariners, as we sit on March 7, have talent in camp.  If you trusted their coaches to point a handful of M's toward UP seasons together, well .... what's our payroll next to Oakland's?  Why are we a writeoff at $150M and Oakland a powerhouse at $80M or whatever?

A DAY WITHOUT SUNSHINE IS LIKE A DAY IN T-MOBILE

The mainframe is well aware that we yakked up Boomstick, and Zunino, and Segura, and Cano, and I guess Gamel.

It would be one thing if we were re-filling the Big Screen with Jose Vidros.  But last year's chumps had an OPS+ of 102, and does Dr. D believe that Mallex Smith - Dan Vogelbach - Dee Gordon - Mitch Haniger -- Kyle Seager - Edwin Encarnacion** - a series of dice rolls could run a 102?

Word is that the M's might not find prospects for Encarnacion until July.  Divish-word, that is.  It's worth WATCHING as to see whether he forces the M's hand by then.  He had another 30 bombs and 100 RBI last year, has a 30% chance of replacing Boomstick for us.  Here, check out his player card.  It's a one-year deal.  Why *can't* the M's do that?  The Twins did Cruz.  Are *they* equi-powermoungous to the Astros and Yankees?

And so, alas, here Dr. D sits, annoyed that Kikuchi's start is not on TV tonight.

Power to the people,