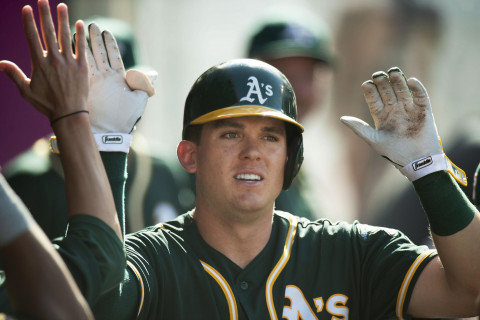 Dr. D enjoys listening to the GM during in-game broadcasts because he feels it loosens Dipoto's tongue a bit and, if we're lucky, provides a few clues as to the M's plans.  These clues might be real or re-imagined but nobody can deny that they're fun.  ;- )

Asked about Kyle Lewis, Dipoto stated that Lewis is heading for AA Arkansas, along with Jake Fraley, D T-W, and one other youngster "where they'll have a chance to move together."  This, to one Denizen anyway, suggested the first substance to any "re-imagination" beyond the use of the word.

If Dipoto can get a more fluid (S&S type) roster going at the top -- no Cano deal, e.g. -- and layers of real talent that is "staging" in waves down below that, well.... that isn't his invention by any means, but it is certainly a dynamic way to approach the building of an organization.  As opposed to a 25-man roster.

.... by the way, I wasn't really hip to the idea of Dom Thompson-Williams as a plus talent.  What say you...

Also, I "imagine" that you and I had thought of Julio Rodriguez, Jarred Kelenic, and Kyle Lewis as the next "stage" of M's impact players.  But of course "moving together" doesn't completely implying "playing together in T-Mobile."

SEAGER OUT, HEALY IN

As most of y'know, Seager's hand is "in worse shape than we thought," notably with tendon damage.  Healy slides back over to replace.  He played all of 2016 there and half of 2017; nobody's as solid at 3B as Kyle Seager but Healy has significant ML time there and significant ML time, period.

Shandler, $10 via digital download, has this to say about Ryon Healy:

A repeat of 2017, with a hot start that was harpooned by a sinking in his fly ball rate and HR/fb.

Of course Seager himself didn't light up the sky last year:  .220/.270/.400 was the tale of the tape on K-Swag.  So the M's may come closer to breaking even than they realized, provided they don't rush Seager's bad hand back too quickly.

And, with Healy being a young player, there's a theoretical UPside here still.  Leave us not delay in homer-listically clamoring for same.

The broadcast crew was noodling about what would happen if you took out Haniger's rookie slow patches - what would be his "ceiling" from here?"

Dipoto opined that every player has dips during the season; Haniger had a .191/.353/.265 July last year but then again, every player has one month like that except the most elite players.  I'd agree but counter that Hangier had TWO slow months, a .233 May, and a couple of injuries slowing him down.  He didn't LOOK full speed for 162.

Anyway, Dipoto did predict that Haniger's HR totals would grow from last year's 26 and that "If last year was his ceiling, that's a pretty high ceiling."  Maniger's WAR was 4.5 on FanGraphs and 6.0 on baseball-reference.

FELIX WITH ANOTHER TANTRUM

Ryan Divish reports that Marc-O and Kikuchi go in games 1-2 and then they go again in games 3-4, a week later, against Boston.  Felix is in slot #5.

Divish springboards from here to say that Felix could get to be a real problem in 2019; back when Erik Bedard took Opening Day for a single season, Felix went ballistic and the M's had a poor year.

Would be okay with me.  DFA the man.  There's an option I have in mind.