Skip to main content
Aiki Mechanics
What Causes an UP Season?
who wrote that forward, again? 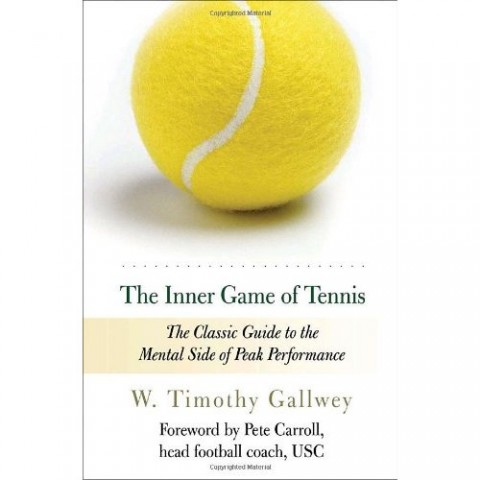 So let me see if I followed you correctly:

1) C the Z is a platitude with little meaning on its face...one of those "well duh...yes, we need to try to do that" things.

2) You don't believe DiPoto thinks the idea itself is revolutionary, but that he uses it as a focal point for a larger philosophy regarding player acquisition, and instilling mental toughness in his players.

3) You also don't believe the current belief that discipline cannot be tought.  You just wonder how much an organization can bend the learning curve downward and make it easier for guys to get it faster

I think DiPoto and Servais will trade off other things, in order to get their hitters (and pitchers) attacking the strike zone with a second-level plan.

It seems to me that if you haven't watched the 2005-2015 Seattle Mariners throw away at-bats, you probably don't "see" the strike zone game too well yet.

Lemme try another camera angle:  Jack Nicklaus taught "NEVER hit a QUIT shot."  In other words, just because you hit it into the water and blew your lead, doesn't mean you get to throw the next ball down and just whale at it, to get the hole over with.  Concentrate, believe, and battle the same way after a bad shot as after a good one.

In baseball terms, a PRO at-bat means you're out-thinking the pitcher, imposing your will on him.  This requires data on the pitcher.  Some teams achieve this better than others.  The Mariners have been achieving it WORSE than others.  Schwanke's article gets across the flavor of the chess game in the strike zone.

(1) If you can teach players to BB more, it won't be by much.  You're not going to get Ichiro to walk 60 times a year rather than 40.  And probably you shouldn't attempt it, either.  We're talking about differences that show more in UP seasons than they show in the BB column.

Nobody should expect Leonys Martin to walk 20 times more next year because of a Eureka! moment that Edgar bestowed on him.  But day-in, day-out thoughtful ABs, directed towards the SP's weaknesses, might accumulate and result in an 81 OPS+ season rather than a 55.

Sabermetrics has not touched the hem of the garment of, "What CAUSES a player to have a 2.5 WAR season rather than 1.5 WAR season?"  It cops out by blaming 100% of the variation on random fluctuation.  But!  In my view, the John Wooden approach is one that CAN make a difference in a player having an UP year.  Get your players into the HABIT of thinking and planning, and it can become a clubhouse epidemic.

(2) The minor leaguers are another subject.

Gallwey's Inner Game of Tennis is about the game that takes place within the mind.  This is assuming the athlete hasn't "quit" and isn't just whaling at the ball thoughtlessly, on reflexes.  Ask Mo' Dawg how much difference that makes in golf.  Better yet, ask Tiger.  At age 45, Jack Nicklaus' legacy was only getting better, while Tiger's is off the rails.  That's because of the attitudes and mental discipline of the two players.  Even at the supreme levels of sport, the Inner Game makes all the difference.

Americans tend not to appreciate this.  English soccer fans wallow in it, though.  As do Japanese baseball fans.  The AVERAGE Japanese fan enjoys the "ki exchange" between pitcher and hitter.  Not us!  We like windmill dunks and stylin' into the end zone.  Nothing against erudite SSI Think Tankers.

It's a cultural thing; English soccer fans are raised from age five to appreciate a player's intentions, attitude, and body language.  One time an English soccer fan casually explained Clint Dempsey's intentionality to me as though it were the most obvious thing in the world :- )

What would GM Detecto do?  He would demand that his players think on the field, that's for sure.  Brandon League goes, Jamie Moyer stays.

You just can't help but get in a dig at Martin can you ;)

Why the insistence that 80 is the up scenario, when his actual, non-injured, performance is a year at 90 and a year at 92?  With minor league numbers that back up the thought that there is growth on top of that?

are you saying that Martin already had TWO up UP seasons in his career?

Ok, OK, fine I get it you don't beleive in Martin...  I will just enjoy his 4 WAR season coming up all the more for it :)

In terms of what the article is actually about...  Totally agree.  JacyZ and JeDi may have had the same slogan (Control The Zone), but for one it was lip service and for the other it is a guiding life priniciple...  and everyone from my 3 year old daughter to my grandma who doesn't remeber my name can see the difference from a mile away.

Jack may have professed that he valued the strike zone, but his actions belied it.  He constantly brought in free swining power hitters, and prompted High K / low walk guys from the minors...  Who cares what he said, if I was a mariner farm hand I would consiously and UNconciously be swinging for the fences!  I want to get to the show!

JeDi on the other hand has brought in Strike zone effecient players at every turn.  If I was AJax, O' Niell and Peterson, I would be doing eye exercises RIGHT NOW, or looking for a change of address...

No, I don't insist that 80 is his ceiling

If Martin is a league-average hitter, he's a minor star.  Maybe a star, period.  Hope you're right about him chief.

I guess we just have different sticky notes on Martin :)

We agree about Control the Zone though...  I LOVE the top down org message...  BECAUSE it has been backed up by consistent top down org ACTION.

But Doc creams this ball, WAY over the LF fence.

And herein lies the difference between professing a philosophy and living that philosophy (GM-wise).

Is there a GM in the game who doesn't state they believe in "controlling the zone?"  Any GM who doesn't believe that should be out of the game.  Who would ever say, "I couldn't care less about my hitters and pitchers getting ahead in the count!!?"

So everybody believes in it.  Man, Branch Rickey did, way before Bill James was even born.

So far, Dipoto has been pretty consistent in adhering to his driving philosophy.

Sticking to a philosophy (you can almost call it a Baseball Theology) isn't easy in the day of attractive FA's being gobbled up by divisional rivals.  If you don't answer, are you a GM'ing rube or just a laser-focused maestro?  Well, that depends on next year's results, doesn't it?

I'm a bit surprised that nobody has mentioned the band'wagon mentality that might be at play here:  The Royals have been decently successful for 2 seasons, if you haven't noticed.  It is the natural course of events for GM's (in any sport) to emulate success.

Every NBA GM is looking at the Warriors' recipe for success and imagining how they can replicate  (Spoiler alert:  There aren't a bunch of Steph Curry's available in the draft).  C'est la vie:  We look at success and model it.  It makes sense, too.

But the proof is in the willingness to stick to a philosophy, in terms of roster decisions. If controlling the zone is your living/breating heartbeat, do you pass on a on an Ichiro?  Do you pass on an Leonys Martin?

Dipoto didn't.  So Dipoto's overriding philosophy isn't overriding, it seems.  Unless he has an equal philosophy that speaks of CF gloviness.

Which, btw, is a complement to Dipoto.  Living and breathing to a singular rule soon collides with real world choices, best choices, outside that rule.

More and more, I think Dipoto has a general view of the guys he wants, but won't live/die by that general rule if valuable players who don't fit the template (but aren't exactly opposite) become available.

And that boys and girls, is good GM'ing.

Montero and Romero are still hanging around, for example, and they don't fit the template.  Dipoto sees something there, maybe just necessity.

If you'll make the trade off that Doc's mentions above, ALL the time, then you're a zealot.  But if you're willing to close your eyes, once in a while---for good reason---then you're GM'ing well.

So far, that's what I'm seeing in Dipoto.  But that should be expected, shouldn't it?  Dipoto's at the tip-top of his profession (there are only a handful of these GM jobs), he should be pretty capable.

Jack Z. had us within a game or two of the playoffs.  Remember?  His philosophy worked for a bit, or nearly so.  Dipoto has to do better than that.  And so far, I like where he's taking us, even if I don't agree with every decision.

but has hung on to Montero. He pointed out it was because Jesus had a good year in AAA (2nd best hitter in PCL). Seems like he doesn't buy into the AAA numbers don't mean diddly myth. Seemingly very Jamesian.