Skip to main content
F-500 Forum
Editor's Choice - Walking the Walk
come with Dr. D if you want to live 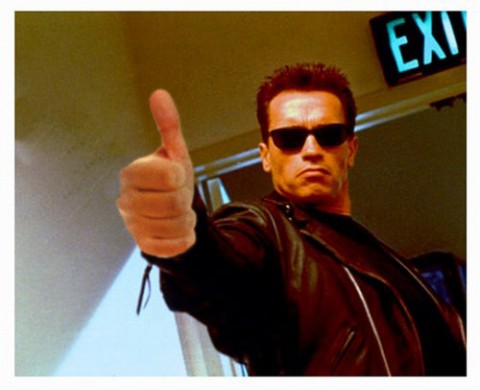 Walking the Walk?  Controlling the zone -- nothing revolutionary here.  But certainly someone thought it was newsworthy enough to create a video and blast it to the masses.

That's the phrase, exactly.  Walking the walk, as opposed to talking the talk.

Baseball coaches, at least through Ball Four-type lenses, are notorious for preaching one thing in March but forgetting it by May 1.  And the players know this.  It becomes like MLB's mandate to keep hitters in the box or I'll Call a Strike on You!  You Better Believe I will!  The players in ST nod politely and, in the locker room, snicker "Let's see where this is after the first homestand."

Again let's use Pete Carroll as our model of all things that are good and holy.  He may seem cray-cray at his first press conference.  But eventually players "buy in," and all that really means is that they decide they will be rewarded for behaving as Carroll wishes.  The guys on the practice squad, trying to get called up to the 53-man, understand that Carroll truly values toughness and every-down effort.

They're not going to get mixed messages from his coaches, either.  Nobody's going to give them a dirty look when they trot back to the dugout after a DP.  Not if they put a good plan on the pitcher.  Whoops, Dr. D is storming the top of the Mixed Metaphors leaderboard.

Moe gives the golfclap to DiPoto's "living his philosophy" and then points out,

So far, Dipoto has been pretty consistent in adhering to his driving philosophy.

Sticking to a philosophy (you can almost call it a Baseball Theology) isn't easy in the day of attractive FA's being gobbled up by divisional rivals.  If you don't answer, are you a GM'ing rube or just a laser-focused maestro?  Well, that depends on next year's results, doesn't it?

I'm a bit surprised that nobody has mentioned the band'wagon mentality that might be at play here:  The Royals have been decently successful for 2 seasons, if you haven't noticed.  It is the natural course of events for GM's (in any sport) to emulate success.

Every NBA GM is looking at the Warriors' recipe for success and imagining how they can replicate.  C'est la vie:  We look at success nad model it.  It makes sense, too.

But the proof is in the willingness to stick to a philosophy, in terms of roster decisions. If controlling the zone is your living/breating heartbeat, do you pass on a on an Ichiro?  Do you pass on an Leonys Martin?

Dipoto didn't.  So Dipoto's overriding philosophy isn't overriding, it seems.  Unless he has an equal philosophy that speaks of CF gloviness.

Which, btw, is a complement to Dipoto.  Living and breathing to a singular rule soon collides with real world choices, best choices, outside that rule.

More and more, I think Dipoto has a general view of the guys he wants, but won't live/die by that general rule if valuable players who don't fit the template (but aren't exactly opposite) become available.

And that boys and girls, is good GM'ing.

Montero and Romero are still hanging around, for example, and they don't fit the template.  Dipoto sees something there, maybe just necessity.

If you'll make the trade off that Doc's mentions above, ALL the time, then you're a zealot.  But if you're willing to close your eyes, once in a while---for good reason---then you're GM'ing well.

DiPoto has a Grand Theme here, control the zone.  But he also has the goal of a Run Prevention model.  And he has a sub-goal, cover OF ground in Safeco.  He has several Grand Themes, circling the clubhouse like a little toy racehorce track.

Leonydas, King of Spalding is the glove wizard.  But the question is, can the other hitters (#1-8 plus Clevenger) pass the Tipping Point and give you what you want offensively?  Sure.  You've even got extra hitters now, an 8-deep lineup of tugboats (sorry OBF !! LOL) to tow against the inertia that is the great iceberg of the Seattle Mariners.

I'm of the opinion that there is really no such thing as luck in business. Unexpected good things happen and unexpected bad things happen. It usually seems like you get more of the latter than the former but unless you are in a declining business or industry, the good and the bad come with roughly equal frequency. I've worked for some GREAT executives and one thing that separates them from the rest of us is their ability to handle the unexpected events. When unexpected opportunities arise, these folks hit home runs like roid-era Bonds. They're killers.

Iwakuma dropped right into DiPoto's lap, no doubt. And he's the one guy that management would go outside the budget to accommodate. Kind of a perfect storm. But give DiPoto some credit - he took advantage. He didn't miss, which is what you want to see. What odds would you have given Zduriencik in that situation? 50/50? My pessimism tells me there's a healthy chance he would have fretted and chiseled Iwakuma into an A's uniform or something.

It'll be years before we know if DiPoto's got that Gillick-level executive talent. I think he's definately proven to be bold and decisive - two killer traits for an executive. I hope he's great - like Obi Wan, he's our only hope.

Very instructive.  And can you imagine the Armstrong GM Committee being nimble enough to D'Artagnan in to the fray, and cut through the Dodger noise as LA tried to pull a fast one on Iwakuma?

Whether YOU the gallant SSI reader buy into Jerry DiPoto, you've got to love the fact that Kevin Mather made DiPoto a real GM, and let the real GM find his own managerial partner.  It might succeed or it might fail, but it is the right way to do things.

< Previous post
The Winter in POTD's
Next Post >
What Causes an UP Season?
Blog:
F-500 Forum
Tags:
Jerry DiPoto

--Acquire the players who demonstrate it?  Love it.

--Teach existing players how to do it?  TBD. (Whether it's physical pitch recognition, or as Doc suggests, 'thinking with the pitcher'.  I might suggest that many 20-year-olds object to thinking like any other human being, much less an opposing pitcher  :)

I fully embrace Dipoto's flexibility on this, as demonstrated with Martin.  No, he will never be a C the Z guy.  But after watching Jones and Miller (and before them Ackley) flail away out there in center like they were playing on roller skates, I am happy Martin is ours.

On the difference between the JZ regime and the JD regime in swooping in on Kuma?  I say there's a 100% chance either of them does it.  As well as any other GM in the same spot.  As long as they had they long green...which the front office gave them.

"Many 20-year-olds object to

many 20-year-olds object to thinking like any other human being, much less an opposing pitcher - See more at: http://baseball.seattlesportsinsider.com/blogs/f-500-forum/editors-choic...

Good article, Doc. This spring we all get the chance to unwrap the gift of "the regime change to DiPoto" under the tree, to begin to find out just what is the shiny new toy called the DiPoto Mariners. It might be a toy we enjoy for years, it might be a toy that breaks on Christmas Day. But it does carry with it the wonder and hope of a new toy, the previous disappointing toys having been discarded.