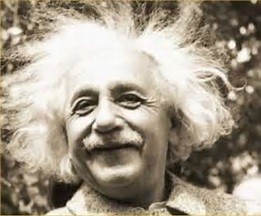 1.  The speed of light is somewhat slower than the pace at which the Mariner bullpen gets bombed.  Einstein said it was impossible. Altavilla says it isn't.

2.  You may have to be a HoF'er (and even then it may be nearly impossible) to string three career best seasons together after the age of 33. This means that some Nelson Cruz decline should have been expected.  Cruz's last three years, ages 33-34-35 seasons, were really his career best, with the age 33 season being (marginally) the weakest of the 3.  To expect another season like that may be asking too much.  David Ortiz ran his three best seasons at 29-31, and then saw some decline, although at age 36 and 40 he was pretty deadly.  Edgar's best were from 32-34, with (very) slight declines at ages 35-37.  Aaron's single best season might have been at age 37, but he was doing it in 100 less PA's than his great seasons earlier in his career.  But guys like Aaron aren't quite baseball mortals, and Edgar/Ortiz are just a heavenly notch below.  Cruz will hit.  But it's fair to guess he has some decline.

3.  Servais isn't very efficient in the way he uses his bullpen.  Or at least he isn't with a spaghetti bullpen.  We need our DL'ed RP's to get healthy.  I thought the skip was late to pull the Cuban the other night and he was late getting anybody uup in the pen last night.

4.  Regardless of his homer, subbing Mike Freeman in for your 1B isn't much of a sign of confidence.  The confidence that Dipoto/Servais had in Valencia as the everyday guy has collapsed quickly.  Freeman, btw, had started a total of 2 games at 1B throughout his entire MiLB/MiLB career.  How do you not start Freeman, and Motter, tomorrow night?  Freeman has an ISO of just .109 in 300+ AAA games, with only 8 HR's.  It goes without saying that he's not your classic 1B.  But he should get a start tomorrow night, even vs. the LHP.  Actually I would love to see Servais go unconvential, and roll Haniger into CF, with Motter and Heredia on the corners, Freeman at SS (or Motter there and Freeman in LF) and Valencia getting to swing away at LH meat, which is what he was hired for.  Bench Dyson/Martin vs. the LHP Perez.   It would be a brave move by the skip, and some sort of admission that things are wrong.  Too brave, I suppose.  Won't happen.  Bet on Dyson in CF, Heredia in LF with Motter and Valencia in the IF.  I can live with that.  But it means we will like have an o'fer with Dyson. I think I would lead off Heredia.  Make it so, skip.

5. The double disaster in this start is that we've been losing to divisional foes.  Our loss, their win, another game back.

6.  With the 5-0 lead, Gallardo should have shown a flurry of fastballs with the occassional dirtball to keep them off-balance.  you think Jim Palmer wouldn't have said, "Here, just hit this one to Belanger or Buford.  I'm good with that!"  Earl was rolling over in his grave last night.

7.  Moore is better than Gallardo right now.  Probably not that close. Might bet on Povse, too.  Soon enough Gallardo throws from the pen as #6.  Or 7.

9.  Dipoto can't cull Servais, 10 games in to Season 2.  To do so would be to admit, early and clearly, that the bigger error(s) is/have been his.  Talk to me at game 40, perhaps.  But if you're canning the skip at Game 40, it may indicate that it is too late.

10. Motter as Zobrist is becoming pretty likely.  Not necessarily that he hits like Zobrist (although he will hit decently well), but that such usage makes great sense.

11.  I said back in ST that I would give Gamel some 1B time.  We should have.  If we're not going to give The Big Vogbowski those vL MLB hacks, then we need another alternative.  You could see it back in ST.

13. Felix, Kuma, Zeus coming up over the weekend.  2 wins is the Over/Under line.  Bet the over.  But not if we get 6 Fri-Sun starts from Dyson and Martin.  If that is the case, bet that I have more than my usual wee drams of scotch.  I might make baseball great Jimmy Dugan proud.

14.  I'm not betting on Smyly in action in 60 days.  He's pretty glasslike.  It's part of his DNA.  Remember what I said about Odorizzi as the guy to get in that trade (if possible).  I was right.

We may need him in the OF more than at 1B. Seems the Utility guys can already handle first, and Gamel's got wheels defensively.

But as a flexible guy, who gets AB's while playing 1B some.....I'm way in. Valencia hacks at RHP, doesn't look like we will give Vogs the AB's (which I would prefer), so this is a workable solution....or should have been.  A bit late now.

The only redeeming quality of the start to this season is Motter. Hat tip to the style and flexibility. Get him in the game and sign me up for the jersey.

As long as they're both struggling

Just alternate them in CF.  I'm ok with the guy in CF not hardly hitting but at least being stellar defensively.  2 is 2 much.

You make a good point that a part of the usage issues may be that almost half the projected stretch run bullpen is on the DL.  Over half is not in place yet if you figure on a promotion later filing another role.   I did say I expected the bullpen to have some struggles early due to these issues but I think the usage has still somewhat compounded that.  So I'll amend the other thing I've been saying about the pen.

The bullpen should be a strength down the stretch if irregular usage doesn't mess with their effectiveness.

Motter does have some innings at 1b including 2 this year already.

Wish you'd do one of these a week Keith

But we'll take 'em where we can get 'em!

This happens to me from time to time:  I happen to forget to enter the Baseball domain before hitting "Add Content."  Then it's under "All" and that means half the Denizens don't see it.

But we'll link back in today's articles...

Said that we should call Motter Sunshine "for his play during this rough patch – and, well, because his hair resembles that of the quarterback in “Remember the Titans”."   I like it.   I'm using it.

I didn't see that movie.  The QB's nickname was Sunshine and he looked kind of like Motter?

Could be that nickname has SSI legs.  That is certainly what Motter has been the first two weeks.