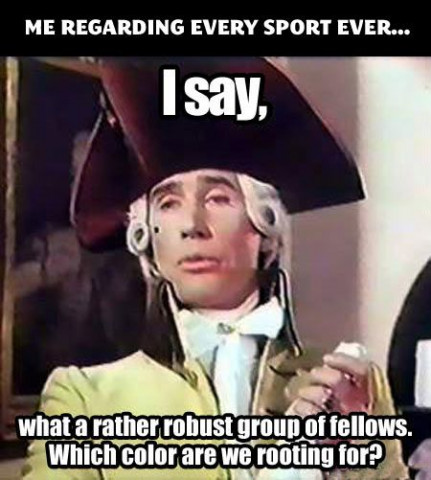 By watching players instead of the team.

After a ballclub has cashed in its season, which Dipoto did in February, all you can do is watch them as if they were the Rainiers.  And I enjoy Rainiers games, if they have legit prospects who could be playing WELL in the majors shortly.  Well, which is better, to watch J.P. Crawford in Tacoma hitting .350, or watching Domingo Santana going against Gerrit Cole and leading the AL in RBI?

That said, for ME there are another few weeks left of watching to see if the M's pull out of their tailspin.  No way in the world is this team so devoid of talent that it should be playing .250 baseball.  Ask Matt what the current level of "replacement player" is supposed to be, but ... I believe the theory is that if you went and got 25 waiver players they would win about 45-50 games in the major leagues.

Do the M's have 25 waiver players?  Their entire LINEUP has a 115 OPS+ ... they are #4 in the entire league in runs per game, and #3 in the league in OPS+.  That's not only way above replacement level, it is championship level.  Just to crush an ant with a sledgehammer here.

Several of Dr. D's friends:  "What do you get out of watching grown men chase a little ball around the field?"  How many times have you been asked this, with the same exact phrasing?

Dr. D:  "What do you get out of watching grown men pull catgut across strings?"

You have to find meaning in your hobby.

And why should you have to find meaning in the Mariners?  It's their fault they're lousy.

Because!  It's your hobby.  You don't do it for them, you do it for YOU.  Why should you be deprived of a summer of baseball?  If the pennant race is over, it's your pleasurable job to find good reasons to watch.  It's fun to watch baseball, and if you have to dig a bit, great.

It applies to your job, your childraising, everything, doesn't it?

6-4  Kikuchi   (This is another problem:  one night we get hitting, the next night we get pitching.  Our 1-2 starters have been cheated)

3-5  Felix      (See comment above.  Felix' run support has been enough to keep his games afloat)

He's rounding into form beautifully, with the K's and ERA and everything else to go with it.  Since his "Opener" game on April 26th, here are his game logs:

I find his 95-85-75 repertoire to be marvelously aesthetic.

DR. DETECTO IS BEHIND THE CURVE

J.P. Crawford is playing shortstop.  I hadn't heard what this means for Tim Beckham.  Maybe he's going to get some play at 3B, but then whence Healy?, who admittedly is the most likely candidate to be pole-axed out of a starting job.  Anybody help me out here?

.... slap me silly does Crawford have a gorgeous baseball swing.  I'd forgotten that we paid a king's ransom (Jean Segura PLUS) to get him, and that he'd spent 17 years as the #2 prospect in baseball before the Phillies decided that 70 at-bats was quite enough of a chance, think yew.

Mallex Smith is imminent.  But then will they have the guts to bite into Jay Bruce's playing time?

Felix is on the DL with a sore ERA.  LeBlanc is supposed to be close I guess.  But in the meantime?