Skip to main content
Pitching: Down on the Farm
Hmmmmmmmmm..... 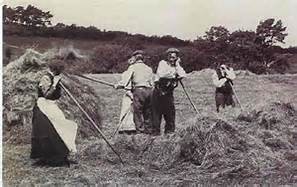 As I've said a bunch of times, I'm happier than a pig in the mud with our Young and Restless arms:  Povse, Moore, Whalen, Heston, etc.  Especially Moore and Povse. Super really especially those two.  So I studyfied them and learned myself up.

Moore and Povse both did something pretty interesting last year, down on their respective AA Southern League farms (Jackson for Moore, Mississippi for Povse).  Both were in their Age 22 seasons, both pitched at least 70 AA innings (108 and 70), both ran BB/9 rates of 1.5 and both had K/BB rates of at least 4.0.

So a hayseed like me, chewing on a blade of grass, ponders about just how often all that occurs and can it tell us anything about guys who do it?

So I searched it up with no real intent in mind, but with the sense that it didn't happen all that much:  Going back to 2005 (seemed a decent sample size), how many 21 or 22 years old, in the Southern League, threw 70+ innings with the other peripherals that Povse and Moore had?

That's it.  And actually on Sonnanstine, Cueto, Hellickson and Pineda I had to include guys who BB'ed between 1.6-2.0 guys/9.  So it doesn't get done, at least in the Southern League, very often.  Should look at the other AA leagues...but I don't have the time right now.  But here is something else interesting:  All but one of those guys pitched in the bigs by the next season.  Sanabia made it up during the same season but Hellickson took until 2010, a full year later (AA/AAA split in '09) to get to the show.  Sonnanstine threw 130 big league innings as a rookie, Cueto 174, Pineda 172, Sanabia 72, Nicolino 74, Urena 61, Ramirez 59 and Ohlendorf just 6.   I kind of like Ramirez as of the same template at Povse and Moore; Control guys who don't whiff 8+ a game.  He was pretty good as a rookie then struggles with control for two years.  The past two years, in a Ray's uni, he's been pretty good again.  but then....maybe he isn't a great template for our guys.

Mostly I learned that there is a pretty dang good chance that both Moore and Povse throw for the M's in 2017.  Well, I would have predicted that, but this gives it some statistical reliance.  89% of the guys who meet the comparison demand did it in my "study."  Pinada and Cueto were clearly power pitchers, even on the AA farm.  Truth be told, our guys aren't.

What does it mean?  Well Sonnanstine was pretty good as a Sophomore, but not otherwise.  Ohlendorf had two years as a middling #4 type.  Sanabia hasn't done anything.  Cueto, Hellickson, Pinada and Ramirez have been varying degrees of good/valuable.  Nicolino has 25 '15-'16 starts with a 4.5 ERA.  Urena has thrown 140 innings '15-'16 of 4.7 FIP ball.

So here's the safe bet:  Both throw for the M's this season.  Both throw more than just a handful of innings.  One of them is decently good/valuable in '17.  It is possible that Heston and Whalen are "first men up" when somebody in Seattle gets wounded, but that is no lock.  Moore and Povse both may well be better than those two guys.  Moore and Povse are not 40-Man guys right now, but if they are needed that can be remedied fairly easily.

Even if we add a Hammel it is likely one of them gets some MLB starts:  We had 7 guys who took the hill 8 times or more in '16, and another 5 guys who took it once or twice.  We have our Big 5 starters right now and then Heston, Whalen and Martin as guys with some MLB experience as starters.  Give us a Hammel and we have 6 real starters and then the best of the rest.  My small study indicates that it will be hard for both Moore and Povse to not be among the best of the rest.

There you go:  A small but tasty Holiday sampler.  I like the ones in the sampler box with nuts.  Jennifer says that makes sense for me.

This hayseed will have to ponder what she means.

Edit:  Ran the same study through the Eastern League, same years.  Rafael Montero, henderson Alvarez, Josh Banks, Jeremy Sowers and Yusmeiro Petit did it:  All were on a fast track to the bigs, by the next year.

Povse: enjoyed a good level of success in Double-A last season. While a promotion to Triple-A isn't out of the cards, Povse needs to work on FB command and improving his CB in Double-A.

He has a chance to become a solid #3-4 starter, but still has work to do with his command. He has potential put-away pitches in his fastball and change-up and will register strikeouts in any role.

Moore: Polished SP who is moving quickly and dominated A+. Lacks a standout offering, but has four pitches at disposal. Adds and subtracts from FB and locates very well. Best pitch is CU that is thrown with deceptive arm speed. Tight CB can be average, but tends to leave up in zone. May not be high K guy, but solid bet to be innings eater.

He fits a back-end profile as he doesn't have elite velocity nor a swing-and-miss breaking ball. The sum is greater than the parts, though, and he is a good bet to succeed in the majors.

Need to go order my copy too...

Young, advanced SP who found A- much to his liking. Started in mid-May and had success with plus command and control. Needs to add strength to add consistent velocity, but has deep pitch mix and polished mixing ability. Throws from high 3/4 slot and uses FB/CU combo deftly. Deceptive CU is menace to LHH, but needs better SL.

After a promising season in Low-A, Neidert will head to High-A. He'll pitch all season at age 20 and will be among the top young pitchers in the California League. He should sniff the majors at some point in 2019.

He has the look and pitch mix of a #3 starter, but he'll need to improve his slider in order to miss more bats. Because he throws with such excellent control, he should be a positive contributor with WHIP.

++ Moore and Povse both did something pretty interesting last year, down on their respective AA Southern League farms (Jackson for Moore, Mississippi for Povse).  Both were in their Age 22 seasons, both pitched at least 70 AA innings (108 and 70), both ran BB/9 rates of 1.5 and both had K/BB rates of at least 4.0. ++

In verbal terms I'd call that 1+ BB's (plus-plus *control* not command) and league-average strikeout rate or better (so, not a groundballer as such).

And, in verbal terms :- ) that's college age kids in the upper minors.

That's it.  And actually on Sonnanstine, Cueto, Hellickson and Pineda I had to include guys who BB'ed between 1.6-2.0 guys/9.  So it doesn't get done, at least in the Southern League, very often. ++

Aside from it being a small list in the first place -- few kids capable -- it also has mostly ML quality pitchers and it has 33% TOR starters.  Can't underestimate the quality of that list.

++ But here is something else interesting:  All but one of those guys pitched in the bigs by the next season. ++

The big takeaway.  Nice.  Apparently if you are mowing through upper-minors lineups without walking anybody, you're ready for the next step? ... um ...

We notice that HQ issues an emphatic warning that the kids aren't ready.  This hits me as boilerplate text.  When a Michael Pineda is 2 starts away from wiping out the majors the scouts will still tell you he needs to improve this and that and yada yada.

Goe wit Moe, not with HQ.  Hit the "arm" switch on Moore and Povse.

LOVE me some MOORE!!!

As an avid Beaver fan I followed Moore's entire College career of course.  And Moore has some qualities that you just can. not.  teach!

The guy is a bulldog of a competitor, will never back down, and will stick to his game plan come hell or high water.  He ain't scared of anything, and because of that he is able to let go of his ego.  All he wants is to be the best and to win, so he listens to coaching, takes studious notes (has a notebook like Moyer did and everything) and is a student of the game.  He has a true Maddux personality to go along with his Maddux stuff :)

They can label him an innings eater and a BOR all they want...  this kid is going to be a Maddux type ACE soon and very soon!  Mark this as the shot I am calling ;)