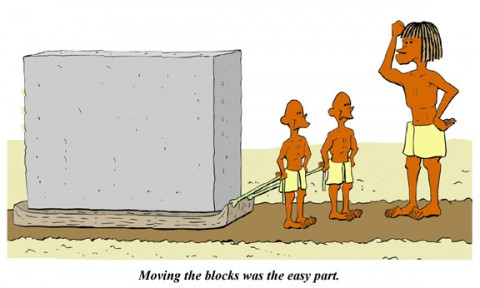 Shannon Drayer's Aug. 29 blog post had material on the M's follow-thru in the minors this year, including:.

How the near-worst to near-first turnaround has occurred is interesting. Coaches are setting hitting and pitching philosophies. Achievements are being acknowledged. Skills are being tracked and a style of play is being encouraged. You have heard about “C the Z” (Control the Zone), well, there is also “PTPA” – a.k.a productive team plate appearances – that are being tracked in a tournament bracket with individuals squaring off against each other to see who best contributes in the category. These are all things I’ve learned from people inside the organization over the last couple of weeks. During the postgame show Saturday in Chicago, I invited Double-A Jackson play-by-play announcer Brandon Liebhaber to give us a better picture of what all of this looks like.

This is the nature of the problem in "culture change."  The easiest thing in the world is to talk about a new culture in January.  The problem is -- at your workplace, mine, or the Mariners' -- everybody assumes that these goals will die on the vine as you get later into the year.  So, this September follow-up is great news.

Ben Gamel will be on the 25-man roster for the Angels' series.  Great.  Let's see the seeds of Gardnerhood, or Seniorhood, or the seeds of a Tyler O'Neill movement.

The M's own prospect page, which see later, concedes that Gamel's bat projects better in CF.  But they also project Gamel as sticking in CF, due to his strong arm, sufficient footspeed and plus instincts.

Servais pointed out in the TNT that the 2016 Mariners have shown resilience three or four different times.  True enough.  In terms of a 7-game series, they've got to play like they're down 2-0 or 3-1.  Both Fangraphs and FiveThirtyEight estimate their playoff chances at 7%.  Win six out of seven and that changes.

Mike Zunino is a big coup for the DiPoto development team, of course.  I'll give megaprops for the Edwin Diaz miracle, even if you want to reduce it to nothing more than a brilliant decision.  Which I don't.

D.J. Peterson hit .220 last year with no power, so his hitting (somewhat above) league average in AA/AAA this year has got to count as positive player development.

If you have never noticed the M's own top-30 org page, it's always info-taining - stylishly written with Baseball America type synopses thirty deep.  The page still has Kyle Lewis at #1 despite the ACL injury, and calls our attention to speedy SS Drew Jackson who had a solid year at age 23 in A+ ball.

This video rat cheer has some Jackson and some O'Neill footage.  O'Neill shows some of that Nick Franklin stretch from front foot to back wrists.  ... speaking of which, had you noticed Franklin's second half?

It lists Dan Vogelbach as the M's #7 prospect, so I guess we've got six quite estimable prospects.  They slot Gamel in at #15 and Boog Powell tumbles to #20 after his suspension.

Not sure why G thinks Gamel can't field...

Maybe G can clarify those comments...because all of the scouting info I see says Gamel is an MLB average CF and +++ corner outfielder...just as Gardner is.  And if that is the case, a 90 OPS+ has a lot of value.

I definitely think Gamel can field - he's quite good

I just think he's more of a fringe-average CF.  He'll be very plus on a corner for sure - it just depends how important that is on a corner for us vs. production at the plate.  Aoki is terrible in both aspects, so just getting a good fielder will certainly help that situation some. I just don't think there's a lot of long-term viability in putting two 90 OPS+ starters out there in the OF and then asking the other corner to hold down the heavy hitting.

If you think there's value in running back-to-back lefties in the bottom third of the order who are posting a .300 OBP with little power ahead of Zunino who has tons of power but hits .220, then I'd say you've been watching too much Mariners baseball the last 15 years. ;)  You can't throw away 3 innings a game at the plate.

If Gamel can really hit, then it doesn't matter.  Ichiro had extreme value even though he never walked or hit for extra bases.  Gamel doesn't really have a platoon split for his career, so if he can put up a .280/.330 line as a big-leaguer that'll be a nice get - though still nicer in CF since I think he's gonna have trouble slugging over .400.

I'm not sold on his ability to do that, and a .250/.300 hitter on a corner is less attractive whatever his glove might be.  It's not a theoretical exercise now, though - he's here, and he'll get to prove how long he stays and in what capacity.  I wish him the best - we really need one of these random DiPoto acquisitions to work out in a big way.

G, did you invent that?  If you did, you should copyright it.  Brilliant.

One person not getting attention in this thread is Heredia (understandable since he's already on the 25).

But what to make of his .220 BABIP to date?  Bad luck?  A permanent problem?  Ran about 60 patience points in AAA.  What might that lead us to expect over an extended period in the big show?

Yep, there's gotta be somethin' you do good

Whether that's hitting a hard .300, or drawing walks like Gardner, or whatever it be... come to think of it, Ichiro did everything good.  And still apparently does.

At first glance (like four swings) I fancied Gamel as a guy who would try to hit .300ish in Griffey Sr. fashion.  But it matters not which route he takes out of AAAA purgatory; he just needs to take one of 'em...

The Ms have gotten their minors on a winning track

But not by deploying a lot of future big-league talent.  Creating a culture of winning at the lower levels is good.  It's a nice step... but it's not the end game.

Disclaimer: I hate pretty much every glove player we have.  I think Braden Bishop is basically worthless, and I don't think Drew Jackson's .260 BA and .680 OPS in the hitting paradise of the Cal League is anything to crow about.  They're the sorts of players that you pray can put up a 75 OPS+, because then you might be able to watch their nifty glove work for a season or so until they crater down to a 40 OPS+ at the plate and you have to dump them for somebody else's dirty laundry.

So when people are including our ultra-fringy bats in top-20 (or top-5) lists because they can glove it, I remember the Oz Navarros of the world that I've watched over the last 15 years and I know they can't succeed at Safeco even if they somehow did squeak into the bigs for a moment.

I don't think we have a glove man who can make the bigs in our system right now.  Maybe SS Chris Torres, but he's 5 years out.  So is CF Brayan Hernandez, but his bat could help him more over the next half-decade. We'll see if he's still a CF then or if we're having the Ben Gamel conversation over again in 2021 with Brayan.  But that's another reason to add Gamel now - we can't afford to be missing our only useful CF if something happens to Martin.

Here are the only names you need to worry about in the Ms minors:

Hitters - Kyle Lewis (1st Rd CF/RF who should be an Alex Gordon type as a midpoint projection if that ACL heals right), Tyler O'Neill (think George Springer for our corner OF spot) and Dan Vogelbach (DH/1B thumper who got dealt because clone Kyle Schwarber was already there long-term for CHI-town).

And then buried in the low-low minors are three teens in glove-man Torres, hitter Rizzo, and the combo package of Brayan Hernandez.  Anyone else breaking out would likely be from this year's college class but they have yet to hit full-season ball and a couple of em are pretty old (ie, 24 in low-A).  But really, just watch those 8 names, with half of them being several years away at the earliest.  I'm leaving Gamel off because he'll be on the big-league club.  That's why we traded for him.

Pitchers: Nick Neidert and Luis Gohara are both young A-Ballers figuring out how to be pros.  They're also the only two TOR-potential arms showing in the system at the moment, and are 3 years away still at best.  The #3-4 arms look like Andrew Moore (the OSU control artist who wants to be a RH Mark Buehrle), Zach Littell (fireballing young righty with a nice curve), Yarbrough (Lefty who is throwing hard and looking good as a starter but may still be our future lefty set-up man), and I'm still throwing LJay Newsome in here, though I know others will argue.  I like him and his future potential especially with the added MPH I think he'll get with that motion as he ages. If somebody wanted to drop Yarbrough and Newsome back from Littell and Moore, though, I wouldn't quibble.

And then you've got your fringe starters / dedicated pen arms like Burrows, Altavilla, Blackburn, and the host of random pen arms, any of whom could jump up and be a stud for a couple of years.  Other guys I was watching were in the AZL like Orozco and De Paula, but they're gone now and no one else has really emerged from the pack.

That's it.  That's the thumbnail of our system.  3 good hitting prospects, 2 scrapheap reclamation projects, and 3 kids who are 4-5 years from being useful to the Mariners as 25-man pieces even if they work out.  2 TOR arms (but probably not aces, we're looking at #2s here top-projection), 4 guys who look right now like they might cut it as the 4 ERA #4 but not for a couple more years, and a handful of bullpen possibilities or emergency starters.

The Mariners minor league teams are winning, but they're not doing it with guys you'll see on the Seattle squad.  They have built a nice cocoon to nurture the kids who will make up the next wave of Mariner disappointments (er... talent) and now need to keep adding talent to those winning, positive cocoons.  The Ms aren't set up with a lot of risk/reward talent.  They're trying to get it done by hitting some doubles and singles, but if you're not gonna hit homeruns then you need to string more hits together.  We don't have a lot of chances.

I don't think any of our pitchers have the potential of Paxton or Walker, but neither of those guys have capitalized on all that potential.  If 2 of those 3 bats work out and one of Gohara/Neidert can be a #2, we'll be all right.  I've been saying that for years, though. Sooner or later it needs to happen, cocooned in the "Good vibes" of winning or not.

Thanks for the commentary, G

And I agree with your general impression that our minor league system is close-to-useless once you get past our top 7 or 8 prospects.  Have generally been discouraged by the lack of high minors talent in our system for at least the last 11 or 12 years.

I think Gamel is a better contact hitter than you seem to, based on consistently excellent minor league BABIP (means he's hitting the ball on the ground but hitting it crisply).  We groaned about Ackley because of what he should have been, but Gamel has a good shot to be at least as valuable as Ackley eventually was for us (1.5 WAR of mostly D) but with a bit more in the bat.  I think he's a .270-.280 hitter in the bigs a la Aoki, but with better defense and speed.  We shall see.