Skip to main content
Mariners Prospect Talk
I guess you CAN develop minor leaguers
that answers one question, at least 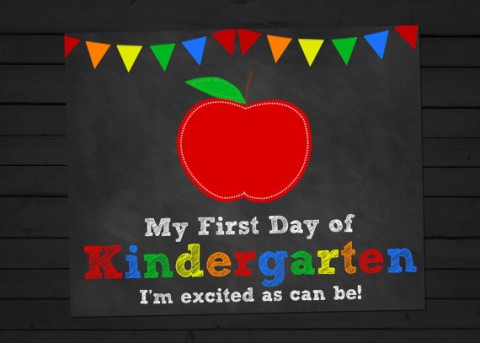 DaddyO 'shouted' that you can apologize for Zduriencik on the big names, but it's a lot harder to apologize for the state of the farm system after 7 long years.  He's right.

The world and his brother agrees that the cupboard is more bare than Dae-ho Lee's will be, after he hits his carb crash.  The News Tribune quotes DiPoto, even further, about the need for more contact:

“(The Mariners have) very talented players with a lot of upside to tap into, but it’s only going to happen if we can somehow develop more contact. That’s going to be step No. 1 from a development aspect.”

In other words, Zduriencik and company --- > helped themselves to "gifted" players with both hands.  But these gifted hitters have never learned much.  There is some good news here then, because we have always wondered whether you have to DRAFT for strike zone control.  DiPoto's quote -- and in fact his entire system -- stand or fall with the assertion that Yes, Virginia, there is a Santa Clause.  There wouldn't be any point trying, if there weren't.

So, if you can teach OBP, here we are with a big stash of underachieving wunderkinds.  Sooooo simple.

At Hey Bill, a lot of people have been asking him if he ever played catch with the players :- ) and then some reader asked the most basic question possible.  Emphasis mine:

Have you found that there are areas of sabermetric research that are particularly helpful to educate the players themselves about?
Asked by: PB
Answered: 2/10/2016
I wouldn't say so, no, but the first three things I would focus on are: 1) Teach young players at a young age that chasing balls out of the strike zone will eventually catch up with them, 2) Teach base runners that "smart" is better than "aggressive", and (3) Make sure that pitchers understand this: that if you go too far, you lose a year. You can throw 100 pitches, you can throw 110, 120, 130. . .but one pitch too many, you're going to lose a year.

That's fascinating.  40 years of the greatest sports research possible by one man, and he names this as the very first thing on his, um, tombstone.  Get teenagers* to simply buy in to a tight zone.

In the TNT's list, it says that Tony Zych is the #2 prospect in the system, after Alex Jackson.  You do realize that your best setup reliever is ranked #17 in the org IF he has been the bigs and fired 20 shutout innings at 97 MPH.  This kind of thing happened to Carter Capps, Carson Smith, and 89 other guys.  Now we've got a waiver claim* journeyman RP as the crown jewel of our system :- )

Dario Pizzano, Moe Dawg's kid, is turning heads.  I bet you DiPoto talked up his OBP to the News Tribune.

Maybe the M's really are going to get a club-controls 3 WAR rookie out of Powell.  This one would fly in with a bit more stealth than the Z boys did.

Worth noting about Powell is that, at this point, he appears to be one of those reverse split lefties, ala Ichiro and Aoki.  I like those guys!

Pizzano wears out RHP, mostly.  Over the past three seasons he's walked 128 times vR and K'ed only 89!  Bet'cha Dipoto noticed that on Day 1.  Even in Pizzano's "slumpy" '14 (mosly BABIP driven) he had on OBP of .366 vR.  I'm really glad, and not at all surprised, that he got the invite.  In one interview, Pizzano indicated that he was about to get the Tacoma call-up last year, just prior to the injury.

.404 lifetime OBP. Only 25, but was suited for first base, I guess. DiPoto is not looking for a table setter but a table clearer at that position. But then, who isn't. You gotta be Olerud if you want to walk and play first, and there aren't very many of those. Choi in the OF was apparently an unpromising experiment, or at least in a DiPoto styled Safeco fly chasing outfield.

The News Trib article states Pizzano's defense must improve. Will be interesting to see if Dario can develop the chops in the glove department. His SB numbers don't suggest much in the speed department. Boog's does, albeit that comes with some questions about his base running smarts. You can teach smarts however, but you can't teach speed.

Can you teach strike zone skills?  If it's your only path to the bigs, and you know it, it does focus the mind apparently. James Jones appeared to be learning, with a 38/43 BB/K rate in Tacoma last season suggesting lessons being learned. Still, a .365 OBP in AAA isn't going to translate into much in the Bigs, even with base stealing chops, unless you bring some power - or you are satisfied with 5th OF status.

He's going to have to have a rip-roaring ST, isn't he.

Ditto Montero, btw.  Pressure's on him.

Signed with the Orioles back in November.

He joins the Chris Snelling "if only" club in Mariner lore.

The TNT list says that they talk to each team about their own players, and then adjust using feedback from scouts and teams in their own division... Therefore, the MARINERS CURRENT staff had a lot of input into this list.

The list has completely dropped Deej out of the top 10. Same for Gareth Morgan and Brayan Hernandez.

Some how O'Neill and Marlette are 9 and 10 respectively.

I'm glad, yet a bit bewithered by Dario being a top 5 guy.

WOW...so Dipoto is not a fan of Peterson.

That...is interesting.  I, personally, think Pizzano is worthless chum-bucket fodder...his walks will all completely vanish at the big league level since he is a punch and judy hitter and they'll just knock the bat out of his hands...but...OK...

Did Texas have a choice after all?

Where Peterson is ranked makes me wonder if Dipoto actually gave Texas a choice between Peterson and Kivlehan... and then the truly scary point is that Texas may actually have chosen Kivlehan.

Can Peterson be fixed? Or is he a complete whiff?

Choi is no longer with the team folks. Picked up by LAA after being DFA'd in March.

Somehow, I thought Choi was gone??

Choi is in the Angels system now

Angels signed Choi off waivers in December, and he is on the Angels 40 man roster

Choi was rule 5'd by the Angels