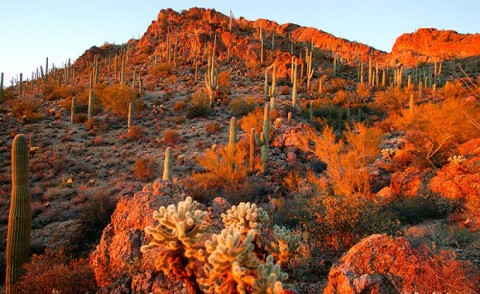 moethedog accidentally put his AFL article under the "ALL" domain, as Dr. D also accidentally does, about twice a week.  We moved it to the baseball subdomain here, so the "byline" unfortunately appears as jemanji. Keith wrote it.

Farmhand Eric Filia is still leading the Arizona Fall League in hitting.  His .410-.500-.641 line means he is leading in OBP and OPS, as well.

So I got to thinking:  What does it mean to win the batting title in the AFL?  Well, as it turns out, it is decently meaningful.

Of the past 7 batting AFL batting champions, all but 1 were up to the bigs within 2 seasons.  That  one player, Nate Roberts, evidently suffered a career ending injury.

Prior to '10, you had guys like Eric Young Jr. and Yunel Escobar who won the batting title.

None of this guarantees that Filia can hit MLB throwers (and I will admit that at age 25 he is older than the other guys) but it does indicate that winning the title in the desert likely shows MLB ability with the bat.

Reminder: There is quite a bit of AFL season to be played.  Filia could slump.

All the same:  Eric Filia:  Don't forget the name.

< Previous post
Is this a trick or a treat?
Next Post >
Korner: Experts, Laymen, and the Search for Truth
Blog:
Mariners Prospect Talk
Tags:
moethedog

It seems like out of every 10 pieces on the AFL nationally, either 8 or 9 of them will tell us some version of "it doesn't mean anything."  LOL.  But like you say, you go back and check the historical leaderboards and you reco'nize a lotta names.

Course the AFL consists of young players whose names are likely to be remembered anyway...

My first reaction here is that Filia obviously doesn't sweat the Golden Boy competition he sees a lot of.  In the NCAA he was an on-base machine, with an 80:50 EYE for UCLA, and this last year he was even more impressive with a 65:45 EYE in high A.

A bit older, as you note, but that's 'cause he's a college player.  What's he supposed to do but rip up college, go to high A, and tear that up too.

Thanks for the catch amigo :- )

Thanks for the catch amigo....and getting this posted in the right place.

Eric Filia is some sort of a different kind of Triple Threat:  Hit it hard, walk or hit it hard.

what position does he play?

I don't know much about him.

Edgar, of course, came up younger than Filia and then was blocked in AAA by the worst starting third baseman of the eighties (yes, really) because Mariners.

He's a bat-first outfielder, mostly RF. Not known for his glove. I've heard some suggest a move to 1B.

Doesn't really have a natural position

He's played mostly RF and a smattering of 1B.  He was listed as a 3B on the Peoria AFL roster, but I don't believe he's actually spent time there.

He's a guy I would like to see fast-tracked through AA and to Tacoma very quickly next year.

He needs to be in position to replace an outgoing vet

If he's going to hack it as a hitter, he's replacing someone like Gamel when he gets too expensive to be worth it...or, if you want a shorter fuse...someone like whoever we snag for first base.

"I love first base."  This I remembered from before the ALF started.  (edit AFL)  linkage: