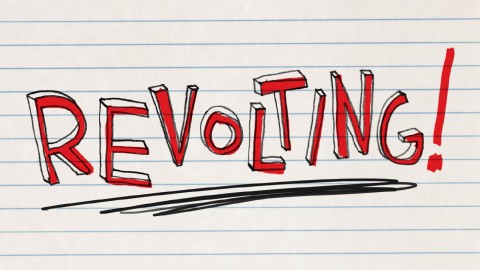 The word "revolting" gets thrown around a lot.  However, it's not usually used as so appropriately as when you throw 4 straight to the rodent Angels on Edgar weekend.

to turn away in mental rebellion, utter disgust, or abhorrence (usually followed by from):

Dr. D will go with "turn someone's stomach."  [By the way, being serious for a moment, WORD ORIGINS are greatly underrated.  SO much intellectual nourishment in researching the background of a vivid word.  Here, a "revolting" thing is a thing that can make the mob do a U-turn.  Many interesting applications ensue, from a snail on the sidewalk causing a walk-swerve on up to Marie Antoinette's supercilious entitlement causing a civil war.]

Many Denizens have, early this week, issued suits for Marital Dissolution to the M's.  If and when -- "if" being more operative than "when" -- the Mariners ever firmly prove that they can overcome the Paxton injury, they might reconcile.  But as in real Dissolutions, such would take firm proof and firm proof many times over, that things will be different, before Applicants will begin to consider reconcilation.

:- ) Dr. D grants his blessing for this attitude, though he doesn't feel the same way.

It's not his job to persuade Denizens to watch the Seattle Mariners.  But as you know, he lives to serve.  If you like, he can offer a few teeny-tiny consolations after a weekend that was, um, revolting.

The M's don't need to be the best team in baseball the next 20 games.  (Which is a fortunate thing, obviously.)  They merely need to hang in the WC race - that means playing around .500 - until such time as Paxton and Felix get back.  If they do.  The Paxton-Felix September Hot Roll M's remain a fantasy scenario; what will matter will be, Who's the best team in September and October.  Not August.

(2) Playing tough when things are going wrong, that's one of the best parts of sports.

The other team is running fast breaks, is dunking and high-fiving, you're down 9 in the 4th quarter, the crowd is going nuts ... sometimes a harassed team digs in and finds a way to put its fingers in the dike and grimly hang on.  When it forces an overtime from that position, sports doesn't get any better.

Playing from a grim position is --- > one of the things I ENJOY about sports in my old age.  Also, I enjoyed "Rocky" more than I enjoyed "Bring It On."  Call me a sap.

(3) If such a come-from-behind win ever DOES occur, then remaining engaged during the 9-point deficit makes the winning wayyy more fun.  For sure.

K-Swag said today, yeah, it totally stunk, but our job is to not let it get worse.  Just. So. Kyle.