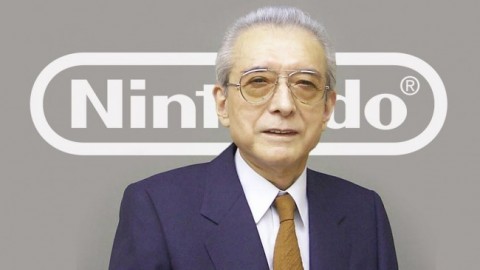 Mojician with a well-reasoned cross that establishes the fact that many sports owners are disliked.  See the Shout Box for that point and several other convincing points from The Counselor.  We all enjoy his fair-minded and affable reminders of the nuance in these issues.

Many M's fans, since August 2001, have argued "don't be ridiculous.  Of course Lincoln and Armstrong want to win.  Every owner wants to win."  True, but if you move beyond a simple input-output I/O paradigm, you advance to the land of Priorities.  Every politican, business owner, sportswriter, and indeed athlete has a long list of things he/she wants, and these goals are often at cross-purposes to one another.

Johnny Manziel wants to win.  So does Russell Wilson.  Right?  But Manziel wants to have a fun life first, and win second; RW3 wants the trappings of a sports career second, and to win first.

I argue that most sports owners prioritize winning -- relative to quarterly cash flow PowerPoint meetings -- more than the Yamauchi executives did.  Howard and Chuck wanted a snazzy financial P+L for Yamauchi first, and then if they ever could win the pennant, that would have been great too.

George Steinbrenner and Paul Allen and Mark Cuban and Arte Moreno and Mike Ilitch and Al Davis and Jerry Jones and many other owners have prioritzed the standings more than Hiroshi Yamuachi did.  This type of owner does not share Chuck Armstrong's sentiment that "our job is to provide a competitive team and a nice night at the ballpark."  Their sentiment is that the point of competition is to win.

This manifested itself in a lot of July 31st decisions to do nothing, no matter how small the payroll expansion or how large the leveraged impact on the ballclub.  Also, the top-down message permates.  Al Davis and George Steinbrenner, in their heydays, imposed their expectations of excellence on the field.  Some owners are more competent than others at this, but the attitude itself constitutes a whale of an advantage for the franchise.

And don't kid yourself that the Mariners were ever caught between any rocks and hard places.  The Mariners are worth 10 times what Nintendo paid for them, and they have icily rebuffed Paul Allen's overtures to buy the club and turn it into a winner.  It's a hugely profitable business, and one that results in mini-celebrity lifestyles for their owners.

We don't begrudge them that, but suffer from no illusions that Committee members are acting out of self-sacrifice.

That said, Hiroshi Yamauchi sincerely considered the Mariners franchise a "gift" to city of Seattle, when he purchased them to keep them in town.  He then quite evidently felt unappreciated for this.  He was indeed magnimous in giving us the local team.  And the "gifts" of Sasaki, Ichiro, and Johjima were rather pleasant, too.

But Dr. D still cringes at the attorney culture underneath him, at the idea of Chuck Armstrong sauntering into Bill Bavasi's office to draw up roster decisions on the white board.

If Howard Lincoln timed his announcement for a highwater mark in the standings, good on him.  The White House routinely times its announcements to the 48-hour news cycle - for example, burying an unfavorable announcement on Friday afternoon before the weekend. For all the sheer elbow grease that Lincoln has put in, I'd rather see him sent off with a faint smile than with a barrage of vitriol.

It's fascinating that the minority owners are going to take control now.  It always seemed they prioritized winning more than Yamauchi did.  It may be that official transfer does not take place until August, but in a real boardroom, the incoming power structure gains more and more influence as you get closer to the transfer date.

DiPoto was giddy over Kevin Mather's approval of the last-second Iwakuma swoop, one that Chuck Armstrong would certainly have nixed instantly with a shake of the head.  There are real signs of a change in Mariner culture.  's okay by me.

Did the committee run off Pat Gillick, the greatest GM in Mariners history, or did Gillick run himself off?  Maybe Gillick saw the core aged out, no prospects to deal, and a five year rebuild on the horizon, and showed himself the door.  Or maybe he got tired of suits micromanaging his art and getting cheap on him at the trade deadline.  Stand Pat will never tell.

That Gillick "showed himself the door" for the reasons you described.  Gillick took over four teams and turned them into four powerhouses, but ossified the rosters as he did so.  After his run at Toronto, I think he "figured out" that he was capable of this process and repeated it effortlessly, three different times.

The suits loved Gillick to death, actually considered themselves his disciples, and Gillick genuinely seemed to /cosign the strict budget idea.

I think Woody Woodward was legit too.

The guy who brought us Edgar, Griffey, RJ and ARod had to have something going well.  But, he didn't seem to win enough with players of that caliber.

But he was a great GM for the draft and player development.  The Mariners produced more top level talent and maximized more potential during his tenure than any other to date.

He'll always be remembered for the Heathcliff Slocumb trade. It's been almost 20 years and it still makes me angry when I think about it.

He read that prepared statement real really well, and he prepared it as if a defense attorney addressing a jury, with prepared mustard on his chin.

Nintendo gets the money, but keeps one foot in the box and Howard will be wearing their uniform.

Somehow I think he may still be kicking the ex-minority owners around.

Ding-dong, the witch ain't quite dead.

Have to confess, I'm not familiar with the idiom.  The rest of it was interesting as usual Zoom.  Do you see the incoming owners as having different priorities?

Agree witchoo, if a company 'legend' is in the boardroom, as long as he retains any fangs at all (capacity to leverage others) it's hard to disrespect his wishes.

If the minority owners really buy out Nintendo, close escrow, then the power blocs shift with the likely voting ...

There are no new owners.  All the same ones (with some owning more shares).

Nintendo's not being 'bought out'.  They will retain 10%.

Given all the talk about Nintendo "saving baseball in Seattle," we should never forget that taxpayer money built Safeco. The general public paid taxes for the stadium until fall 2011. It grates on me that Yamauchi and the other owners expected further gratitude from the taxpayers who funded something that Nintendo, Lincoln, Armstrong, etc. have reaped ample benefifts from.

And don't kid yourself that the Mariners were ever caught between any rocks and hard places.  The Mariners are worth 10 times what Nintendo paid for them, and they have icily rebuffed Paul Allen's overtures to buy the club and turn it into a winner.  It's a hugely profitable business, and one that results in mini-celebrity lifestyles for their owners. - See more at: http://baseball.seattlesportsinsider.com/blogs/f-500-forum/ownership-tra...

You still running a blog Arne?

Good to hear from you amigo.

Hi Jeff-My 95 M's blog still exists, I just haven't put anything new on it for some time. It's now at 1995mariners.wordpress.com

Not sure 'the general public paid taxes for the stadium' is telling the whole story.  Correct me if I'm wrong:

What I'd like to know if how much, if any, of the $1.4b valuation of the team came from the 'value' of the stadium.  Since the M's don't own it, can they claim it as an asset?

Yep. Safeco cost $517 million, with the M's picking up $126 million of that. King County sold bonds to finance it's portion.

Here is where the revenue to pay off the bonds came from:

I don't think Safeco itself can be claimed by the M's as an asset since it's owned by the PUD but the favorable lease terms certainly play into it.

I think the real bottom line here is that absolutely nothing has changed, unless you're one of the owners writing a check...or Nintendo cashing them.  The team, the leadership, the direction are all the absolutely the same.

Unless, of course, Doc is right that different personalities in the big office can lead to different results on the field.  I sincerely doubt it--but I also hope I'm wrong.

Yeah, in general I agree. The proof will be when DiPoto goes to management for the $$ to get that missing piece of the puzzle. We know that LincStrong turned Gillick & Pinella down when they asked. We also know that Lincoln said yes when DiPoto made a similar ask to get Iwakuma, a known (*cough*Japanese*cough*) individual. What will they do if DiPoto asks for $$ to get a CF or RP after the ASB? They are already in record payroll territory - something they made sure to emphasize yesterday. Will they go further outside the budget to try and win? Will they "stand pat"? Only time will tell.

You raise a question I've always wondered about

If at the deadline the players or manager are saying/implying, "We really need one more bat/starter/whatever"...how does the guy about to be benched or moved off the rotation feel?  What does that do to clubhouse chemistry?

My experience reading players' accounts of seasons is that overall the team knows it needs a talent infusion and are stoked to get help for the stretch run. I'm sure you're right, though, that the player(s) losing PT aren't stoked. However, the whole point is that the players losing PT aren't getting it done, at least not enough to avoid being replaced.

Pat Gillick for what it's worth

Was not known for July 31 trades, but one year after Standing Pat made a gracious comment about it.  To the effect of, it's a boost when you can do it, that it sends a message to the clubhouse that you're really in it.

If the M's traded for Jose Bautista, I doubt Nori Aoki would be thrilled, but the bottom line is the athletes are used to seeing the Cheney Carousel.  They live under roster pressure.

Flavor text:  I remember the year the Reds traded for Tom Seaver mid-season and the club was exultant.  "I bet the Dodgers were shaking in their boots when we got Seaver," stuff like that.  Course the Dodgers won anyway :- )

I remember a 'great' midseason deal for Bartolo Colon that only cost the Expos Cliff Lee, Grady Sizemore and Brandon Phillips.

But in fairness, I think these days these kind of trades are mostly seen as salary relief by the sellers...with few ultimate big names being moved (at least so far).