Skip to main content
F-500 Forum
Gamboge vs Tangelo vs Ginger
Dr. D is 'out' of this one before he was ever 'in' 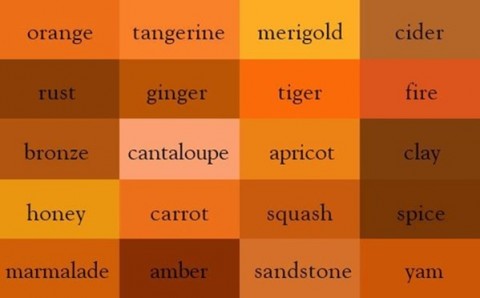 bill, i know your statistics are great for evaluating what players have done and figuring out who to get on your team and how much each player is worth, but hove you ever done anything to figure out what order to put guys in in a line up, or what pitchers to use when?
Asked by: bill byrd
Answered: 1/30/2012
Not very much.   I don't really believe in it, to tell you the truth.
I haven't seen the evidence that those kind of decisions can make a meaningful contribution to making a team successful. I have had major league managers ask me about those kind of decisions several times, and what I always say is just "Don't get yourself second-guessed, because there is no payoff to it.   Don't waste outs bunting, of course, and I really don't like the left-handed reliever matchup stuff, but you're not going to win the pennant by outsmarting people on stuff like that.   Spend your time worrying about the stuff that actually makes a difference, and just do what feels right and don't worry about it."

YOU AND I might agree or not, but you and I have not been asked this question by major league managers.  :- )   That's point A.

A coupla weeks ago, we mused on SSI that you could align all 30 ML organizations from left to right ... Billy Beane has 82% of the day-to-day power and Bob Melvin has 18%, compared to Jerry DiPoto who had 21% of the power vs. Mike Scioscia's 79%.  Whatever the actual numbers are, each GM would have a different practical impact on a ballclub's approach during a Friday-Sunday home series.

So if Jerry DiPoto is going to pick the 25-man roster with input from his hand-chosen manager -- and he is -- and if you buy into Bill James' lifelong conclusion given above, then what does a Bob Melvin do?  What would be the difference, in Oakland, between a Melvin or an Ibanez or a Macha or a Geren?

TIM BOGAR - Everybody's choice to serve as the local version of Bob Melvin.  Seems to have the John Wooden, Phil Jackson "Quality Assurance" approach in which --- > he talks "how" instead of "why."  Here's how to put the socks on to avoid a blister.  In the beginning years, this was what Mike Scioscia did, simply converse with ballplayers -- likeably and persistently -- as to HOW they were going to accomplish this or that.

If he's hired, SSI is definitely "IN" on him.

RAUL IBANEZ - The ultimate "org guy."  Every manager has a first job, right?  Here's a second candidate whose competitive drive and relentless positivity strike the right wavelengths on Dr. D's antennae.  But you know what, this whole list is pointless before it ever gets out of the starting gate.  DiPoto's hire WILL be a guy who brings "environment," by definition.

We're not talking red vs. yellow vs. blue.  We're talking orange vs. carrot vs. persimmon vs. peach vs...  But.  That's a light bulb in itself, isn't it?

BUD BLACK - Could be the forward-thinking type who has (1) a proven ability to manage and (2) a rep for helping pitchers.  It's kind of like playing poker for matchsticks or playing it for hundreds of thousands of dollars; we can safely presume it takes more nerve to bet the same way under bone-cracking pressure.  SSI doesn't underestimate Jerry DiPoto's need to get this one right, and how comforting it could be to partner with a Bud Black - provided that Black "feels" right in interviews.

It's like your daughter rages, "You just don't want us to be together!"  The appropriate response:  "No, not JUST.  I would also prefer it if he lived in the Eastern Hemisphere."  ... no, Bud's okay by us, but can we get at least the fantasy of unearthing the next Bobby Cox?  That would be the primary objective with Tim Bogar.

DON BAYLOR - Gets brought up a lot.  SSI presumes this is because of the diversity imperative.  It's been almost 15 years since he coached; he's 10 years older than most managers retire; he's hardly going to be a new-school thinker.  Dusty Baker is in the press, in connection with this job.  He was pretty good in the 1990's.

DON WAKAMATSU - You kiddies weren't around when the Yankee$ ping-ponged Billy Martin five different times.  If we bring in Wak, can we get Ichiro to play 5th outfielder and pinch-bunter?  Hey, there was a time around Seattle when they'd a done that.  For real.

Other things you say when your employees / children / pets accuse you of being a bad boss:  "Raul has always been your favorite!" ... "No, my favorite is whoever whines the least.  That's usually Bob Melvin."

SCOTT SERVAIS - Lessee.  Could DiPoto hire himself?  Ted Turner did once.  He got away with it for like one game.  Jerry Jones threatened to do it when he replaced Jimmy Johnson.  But this move would be cleaner.

MIKE BUTCHER - Moreno powerflushed him this week for letting Arte's $15M pitcher throw 84 MPH fastballs; Butcher supposedly has a touch for young pitchers, and we've noted the similarities between Richards/Shoemaker/Santiago and Taijuan/K-Pax.  It's weird; nobody will trade a Dustin Ackley within the division, but they could care less about trading a pitching coach to a bitter rival.  Somewhere in there, you get a bold statement about how coaching makes all the difference.

The P-I also mentioned Phil Nevin, Alex Cora, Dan Wilson (?!), Dave Roberts, and Charlie Montoyo (a minor league juggernaut with 7 AAA titles).  It brought up Gary DiSarcina, who coached 3B for DiPoto and won a minor league manager of the year.  The P-I also mentioned the 72-year-old Sweet Lou as being "in good health" :- )  If that occurs, Dr. D will happily hand over to SABRMatt the keys to the taco stand and just root baseball in 2016.

Nah.  If there were ever a situation, ever, where you went "Whoever DiPoto picks is fine," this would be it.

One thing about DiPoto, you

One thing about DiPoto, you won't get the sense the he's just fishing. He'll know exactly what he wants, and exactly who is out there that fits. It's just a combination of availability and, as you say, "clicking" in a sit-down interview.

Right or wrong, DiPoto comes across as a guy who's on top of things, while to me Zduriencik came across after his first season as a guy where the GM job was simply too big for him. He was "underneath" it, so to speak.

Now this may be illusion, but it certainly is impression for me.

The real challenge for DiPoto will be overcoming the "org" factor comes into play, that nebulous something that inevitably sabotages even the best efforts by M's hirelings. Is Mather a sufficient wizard? Has he sufficient powers to so disperse, dilute, keep at bay, and eventually prevail over the foul stench of Mordor (Howard and the Committee)?

Zduriencik's habit of backing away at the finish line of trades

Also speaks to that annoying indecisiveness.  He came off as all gruff and cigar-chewing, but if you edit out the persona, underneath there did seem to be that syndrome where the water was just barely over his nose and mouth on his tiptoes.

Easy for me to say I guess :- ) but personally think you're spot on.

JD may set the new standard

...on the day-to-day power metric.  It seems only human that after his frustrating years with Scoscia he would come in dead set on making sure the team on the field is run the way HE wants it to.  Understandable.

And in that sense, I'm guessing no one gets even the exploratory phone call unless JD is convinced the candidate is on board wth this.  If the James theory prevails of just doing what feels right, it's going to be what JD feels is right, no?

All well and good.  But JD's repeated use of the word 'energy' in firing Lloyd suggests that there MIGHT be a singular way he believes energy is conducted to every player, across a 162-game schedule: "this is the way we do it, because it WORKS!"  Which, of course, runs fully counter to  the old coahing mantra of knowing which players to pat on the backside, and which to kick in the backside.

I'd be more worried about this one-size-fits-all approach if JD himself had not played.  He understands different players have different personalities, and thus require different motivational approaches.  And I sure hope that understanding is also high on his list of qualifications for his field manager.

A little bit of the Joe Maddon 'feel' here could do us a lot of good.

It hadn't occurred to me till you just said it Diderot.  But yeah.  When an exec comes in, fires the guy under him, and then holds an all-hands where he emphasizes "Things will be on time, every time" then he is most certainly saying that the previous guy was not on time.

And now that you mention it, that synchs with the "slightly nauseated / on the verge of tears" facial expression that Dr. D fancied he saw on TV.

Already we've come a long ways from Armstrong and Hargrove.  If this administration doesn't work out, at least it will fail in a way that SSI can appreciate.