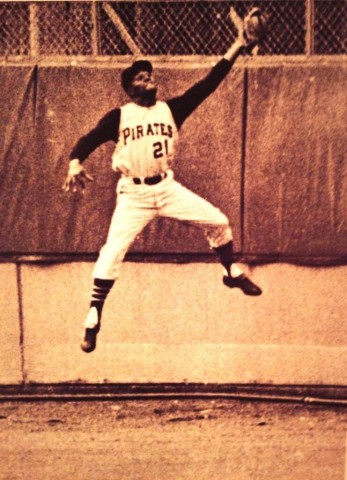 In "Hey Bill" there was an, um, Jamesian idea this week.  Rooted in Farmers' Almanac-style command of baseball history, grounded in logic, and characterized by enjoyment of baseball rather than of numbers.

Talking about neglected great pennant races,  1966 NL chase would offer a decent book's worth of stories I'm thinking.  Pirates were in first 60 games,  Giants about 100,  the Dodgers who wound up winning it,  27.  Have you ever looked at that Pirates team and figured out how they missed that year?
Asked by: Manushfan
Answered: 5/9/2018
There is something about the '65 Pirates as well.   The '65 Pirates started the season 9-24, then were the best team in baseball the rest of the year.   That always stuck with me, particularly early in the year when people say "you don't win the pennant in April"; I wonder if there is any team in history which more clearly LOST the pennant in its first 33 games.  To start out 9-24 and then go 81-48 the rest of the year is pretty extraordinary.
The '66 team is interesting as you say; there were only like ten .300 hitters in baseball in '66, and the Pirates outfield had four of them--Clemente (MVP), Mota, Matty Alou (batting champion) and Willie Stargell.   All hit .315 or better; Clemente and Stargell drove in 100 runs.   Clendenon (1B) and Gene Alley (SS) both had career years, both hit .299 with good numbers across the board.
The '66 Pirates didn't have anybody on the team (pitcher) with more than one decision and a losing record, but didn't really have a #1 starter due to Veale (their #1 in '64 and '65) not having as good a season.  But it's easy to understand why the pennant race gets forgotten.   Pennant races in which the team which is expected to win does win always get overlooked.  '64 American League race is beyond description, every bit as great as the '67 race, but nobody remembers it because the Yankees won.   Same with '66; the story doesn't work, as a story, because the Dodgers won.
- Bill

Dr. D doesn't like the cliche either, but he knows what (uniformed) baseball people are getting at.  Earl Weaver said once that he could have used 3 pitchers in April, with the off days back then, but ... it's a long season and April ain't a great month to ride your pitchers hard and put them away wet.

Still, you and I both have seen teams take command of pennant races in the first 30-40 games of the year; happens all the time.  And LOSING them in April ... isn't that what the Mariners normally do?  :- )

Baltimore is 12-28, a shellshocking -16 games behind the Red Sox and Yankees.

You don't have a long lineup without hitters at SS, C, and CF, or some combination thereof.

Mike Zunino, him being the cake that Jack Zduriencik baked while JeDi did the eating thereof.

Jean Segura, him being (at the time) a 2-for-1 "overpay" by a GM very determined to get some reliably impactful players onto his roster.

Chessplayers call that last one “consistency” and praise it highly.

Going 3-for-3 in hitters and none of them are glove butchers ... I think we can relax; it's a real good team.  John Gibbons manages the Blue Jays, plays against the Red Sox and Yankees, and just finished with the M's.  He sez you aren't going to find a lineup better than the M's.  Dropping our slide rules just for the moment, sitting back in our chairs ...

Probably a fair number of you feared for the M's pennant lives in April.

On TV they were talking about how Jean Segura "doesn't need a strike to hit the ball hard," reminding them of Puckett and Vlad.  I continue to agree with Mo' Dawg that Segura reminds me a little bit of Clemente-lite, with the slashing way he attacks the baseball suddenly.

At the moment, Segura's 106 OPS+ has him at #11 among 30+ shortstops, not jaw-dropping but plenty 'nuff to bridge the [cruise missile] to the [HOF'er] and long the M's lineup.  He's batting .304 with 48 hits already, generating the "traffic" that JeDi craves and pressurizing the enemy pitching.  Had you noticed he is second to Maniger with 25 RBI?