Skip to main content
Dr's Prognosis
Felix Is Adjusting. Gradually.
but Dr D wants to know where goeth the F/X 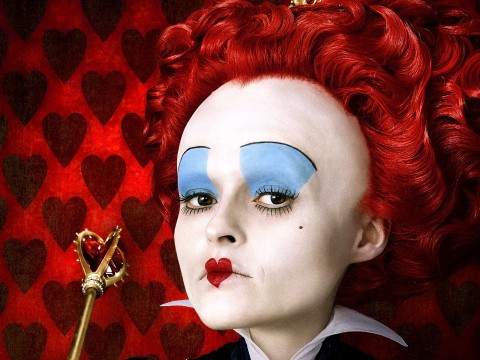 GRRRRrrrrrr what's this?!  No F/X data on the Wednesday Giants game?!  Off with their heads!  The F/X culprits cannot be found, you dare to whine at Us?  Off with YOUR HEAD!

At least there was videotape evidence that the game occurred, and it showed:

FACT 6 - Felix was willing to "pitch backward," starting with a breaking ball, tossing his slider on 2-0, etc

Saw it time and again.  Felix would accept the 86-87 velocity and hit the mitt with his fastball.  He would "hump up" to 88-89 and miss the catcher's glove by 2', within the zone.  On this particular day it worked out for him; Zuumball would set low-away, Felix would 'hump up' to 89, miss with a jam pitch on the hands, and get the K.  (Prince Fielder isn't going to miss that horse puckey.  Adrian Beltre isn't going to ... whoop, sorry.)

2016 - That Felix hadn't begun to accept himself.  He'll be better than that this year.

Apr 12 = Drew Smiley this is important

This is a bodacious schedule and it positions the M's to (1) start their TRUE number one at Safeco on Opening Day, so that they can win that day.  And it (2) positions them to throw two lefties at Houston in the three-gamer. Houston's lineup hit Smyly to the tune of a feeble .143/.217/.286 line the last two years, for what that's worth, whereas the Angels racked Smyly up.

In anime', the word "TRUE" is used apocalyptically, as in "To date you have not suspected.  Now behold the TRUE power of a Super Saiyan."  It is in this sense that James Paxton is the TRUE number one of the Seattle Mariners, whatever the "reputation" and chitchat might allow.

DOUBLING DOWN ON BEN GAMEL

Not that it's an argument on SSI, but:  Dr. D likes Ben Gamel.  He just watched the SF tape and noticed, again, the loosey-goosey stance and the aaaaaahhhhhh-inducing way that Gamel connects his hands and left shoulder to his CG.  Sooooo wonderful.  David Ortiz is another guy who connects his hands to his hara like this, not that we expect Gamel to hit 600 homers.  Probably only like 400.

Here is a predictable jack into the RF seats yestidday.  No, Heredia definitely has the inside track from where we sit, but we likes us some Gamel too.

Think that's the 1-2 against the Royals Thursday, right?  Nice OBP and HIT tools considering they're your "Team B" table-setters.

Who da 7-8?  Your guess is as good as mine, but suspicion is that Dan Altavilla is encroaching the 8th inning.  Can't chase him out of the strike zone.  Like Diaz.

Me personally .... Diaz.  Altavilla.  Scrabble only if he sees 2/3 or at least 2/4 lefties in a game.  Scribner very happy with that.  SiiiighhhhhVincent that's 5.

Probably Miranda and Pazos both as the 6-7; who said Ariel Miranda cannot throw pitches to right hand hitters?!  Get out of the ruts you feebleminds.  He goes to the pen and suddenly he is a bad matchup against the league's RH's?   Casey Fien:  nada.  Dillon Overton, mebbe.  Without a doubt the 4th benchie rather than the 8th reliever, who can be summoned overnight if you need him anyway.

Zych or Cishek or Simmons, whoever arrives first, to replace the 3rd lefty.

That will be an interesting transition to watch. Is Felix just trying it out now, when stakes are lowered, to see what he can get away with? My guess is he wouldn't throw junk at Prince Fielder or Adrian... but maybe he wants to make sure that extra oomph isn't going to suddenly be tameable before letting it slide for the season. Right time to experiment and see what adjustments are worth making.

I do like the Gamel->1B idea for keeping all 5 of these guys on the roster at once. Question isn't one of anything more than, will Jerry prefer that to simply trading later on for what he needs?

I could have sworn

He was clearing 90, but there's no indications anywhere that that's correct.  He was in the zone, relying on his defense while still getting Ks.

In my opinion a few excellent hitters might have gotten good wood on a pitch here or there but there's only so many excellent hitters on any team.  This version of Felix dishes out an unpredictable mix of 73 pitches through 6 innings.   If you say there's better available, I'm listening.  But this performance would win most nights and likely continue for 8 or 9 innings.

Totally with you on the bullpen.  It should get better throughout the year.

Ya, he had some zip on it I thought too

He won't have every pitch

every night he pitches.  2 straight games is a good sign.   He should get one more televised game from Peoria before the season.

Paxton out with the flu messes the schedule up.  Hard for him to get the opening day after being pushed back.  Maybe next year.

Eventually we'll see a full squad game.   These lineups have only gotten more MiL as the spring has gone on.

It looked like the gun mighta been a little cold.

Hunter Strickland struck out Tyler Smih with a challenge fastball right down the middle at... 92? Giants broadcasters said he sits 95+ and touches 100 and Tyler definitely looked behind it.

Man, that's great to hear. My stomach did some slow circles when I saw all those "86"s, and only began to recover when I realized no one was swinging at them like they were mush.

and BTW, when Dr. D says "mushy" I think he means soft and without command, as opposed to with crisp late break and making the ball do what you want it to inside the zone .  ... for the benefit of others who just joined us.

If a pitcher throws a curve ball that breaks at 30' instead of at 15' and has no idea where it is in the zone, this would be the proverbial MUSHY pitch with unconvincing break and vague location ... Felix' heater was, last year, mushy in contrast to fastballs of his previous seasons...

I'm of the opposite opinion

I'm of the opposite opinion and think Felix's success will depend on how much of his fastball velocity recovers, and how well he can command it. Theres no such thing as a TOR starter with a wild high 80s four-seamer. The hitters can just sit on the offspeed.

That said, I'm back to a wait-and-see mode. Felix was 90-92mph with command in his 2nd WBC game and was locating. It could be that he was hyped up for a short outing as every other start before that and after has him looking like pitcher in steep decline, but we just won't know until its gametime.

We will know VERY soon with Felix though. By the middle of April it will be pretty evident. I'm very concerned, but that 2nd WBC game is giving me hope that there is still something left in the tank.

The Mariners are not a little concerned too

Not sure 'wild' is the term even for Felix in 2016, though.  He lost his pinpoint command, causing X number of balls to drift over the plate, causing Y number of nibbles to put him behind in the count.  It ain't like he can never hit the mitt and the batters can just forget the fastball.