Skip to main content
Aiki Mechanics
Launch Speed vs Throughspeed
What do you MEAN, you don't have this month's BB's 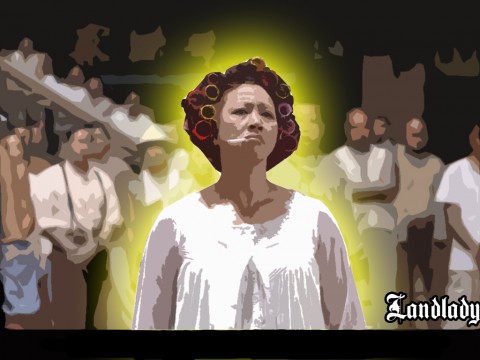 40 homers and 99 RBI had happened only 16 times in history before last year, but here we were watching Nelson Cruz, Bryce Harper, Mike Trout, Albert Pujols, and Carlos Gonzalez all do it together.

The problem wasn't that Nelson Cruz was an overrated slugger, any more than Harper and Trout are.  It's the disappearance of the tablesetter.  There used to be all kinds of guys who batted .300 with no power at all, but in the 2010's there have only been 12 players who did it.  The disappearance of Rod Carew and Ichiro, says James.

He outlines the concepts of Launch Speed vs. Through Speed, although he doesn't call them that.  As you know, the two things compete against each other.  In Tao of Jeet Kune Do, Bruce Lee states that a boxer must move the dial as far towards "launch speed" as he can without "flickiness."  Meaning, what is the minimum power required to get the job done?  Set your tradeoff there, because In The World of Kung Fu, Speed Determines The Winner

Nice bat. Do they make it for men

Read the article if you want the rest; for instance, James further argues that too many .250'ish, 35 homer men in a lineup are redundant, like "three run homers end rallies."  But you can never have too many Rod Carews in a lineup.

James praises Ichiro to the skies for having a SLOW bat -- great launch, but the drag actually keeps the bat in the zone longer.  You can watch this as Ichiro explodes into a swing, but then finishes before the bat even reaches the 1B line.  You'll be able to watch for the same thing with Ketel Marte - if his swing gets too long and flowery, he's focusing on the wrong thing.  But if he doesn't, maybe he'll be one of the 15 players this decade who bat .300 without power.

Here is a Leonys Martin blossomy swing, showing that when he hits one of his 6 homers/year, he wants it in the second deck, not the first.

But this is about as much 'elan as you're going to see out of a Ketel Marte followthrough.

If a golfer finished right there, what shot would you have guessed he'd just taken?

A final point:  James (nicely) implies that he can never get scouts -- baseball people -- to take him seriously on this.  Bat speed is throughspeed, they'll say, and that's the end of the discussion.  James firmly insists that baseball is skewed, flawed, inefficient when it trades 40% hard-hit balls for 55% solid-hit balls.  There's a little bit of a BABIP advantage if you swing hard and two-hop the grounder, but not as much as if you get more line drives.  I'll trust him on the math; maybe SABRMatt can counter for us and land his next assistant GM gig with the calculations.

From an aiki standpoint, Dr. D couldn't agree more with James.  Quickness is the Golden Theme of sports competition, and Power is important but it is subordinate.  Ted Williams' #1 principle was absolutely to be "quick - be QUICK!" at the plate, although Ted and Nelson Cruz can be quick and powerful at the same time.

For all of the M's talk about 99 ways to control the strike zone, you wonder if some of their guys shouldn't just focus more on "quick launch, drag the bat through the zone."  Notably their new center fielder.

And it is undoubtedly true that major leaguers don't use the KBIZLT swing as much as they used to.  Remember when many teams had guys like Wade Boggs and George Brett?

But here's something else for you to consider.  Kyle Seager uses a KBIZLT swing.  So why can't he hit .300?  Why is HE failing to be a table setter?  It's not his ambition...he's not going for massive second deckers.

With chuckholes in the outfield, and bumps in the infield, and fewer scouting reports, and "great athletes" defending rather than "freaks of nature" defending.  Agree that it's a little harder to hit .300 against today's defenses and specialized relievers.

Seager is a guy who lets the bat fly, though.  He can definitely go inside-out too - he's a complete hitter.  His special talent, though, is lifting the ball in the air.  For a guy his size, who makes so much contact, he turns on the ball unusually well.

On the Carew-type .300 hitter you've got a guy who invests 550 at-bats trying to tennis-serve the ball past the SS ...

Matt, I'm not sure that defense positioning is dooming the .300 hitter.  Teddy Ballgame faced the original shift and did just fine, you will remember.  I do think that we're seeing a trend toward larger ballplayers (Aaron and Mays both were about 180) and a moremuscular, leveraged swing that focuses on lag and speed.  But lag can be exploited.  Even with the increased speed, you have to get the bat started earlier and it becomes more difficult to hold up.

Short, quick and the other way was killed by all the Tom Emanski-type videos that have changed the way hitting is taught.  "Loading" the bat seems to be central, whereas making the bat "quick" is lost.  When was the last time you saw somebody choke up with two strikes, for example.  Oh, scouts love guys who can drive it through the opposite field gap, one-hopping the wall, but they discount guys who hit 150 ft opposite field ropes.

In lists of Top (pick a number) prospects, the focus is on Slugging, more than on Average or the ability to take a free pass.  it is almost as if Eye is seen in the same realm of BABIP, that there is a randomness to it that really isn't batter controlled.  Walks seem to be regarded as a pitching failure (and not easily predicted) and not a batting victory or batter controlled.

This despite Billy Beane and Moneyball.  Dipoto is attempting to capitalize on this market inefficiency.  Strange that it still exists, isn't it?

Oh, everybody loves the prospect who both slugs and walks, but the MiLB guy who hits .300 like a machine, walks, whacks 30+ doubles but only 8 HR's gets discounted.  See our own Pizzano to get the idea.  How many Top 5 lists does he make?  Deej is eating his fumes in terms of MiLB performance, but he's the hot prospect and Pizzano a tweener-of-sorts.

To some degree, the souped up bat used until kids are 19, or so, makes lunar launches the play of the day.  Heck, everybody does it now.

When I was in high school, back before there was dirt and Formula One bats,  one of my friends was an All-State catcher, 2nd team All-State QB, and future college QB.  He was a 5'11 wirey guy who was tremendously quick in any 10 ft circle.  He was superb athlete and a great hitter.  I think he hit 4 HR's his senior year, leading a very good team.  I'm still in the same building, now as 35-yr HS teacher, and we have freshman who have a fraction of his athletic ability (being generous) who hit more than 4 HR's.  We have nobody who goes the other way.

Dipoto has to overcome a bunch of (baseball) cultural inertia to get where he wants to go.

McGwire, Bonds and Sosa still impact the game.  Is there even a modern Carew?  A modern Ichiro?  not in terms of average, but in terms of aproach?  Even Altuve doesn't quite fit that bill.

Here's to Marte being that kind of guy and Pizzano being Boggs-lite.

Would you say the Royals EXPLOITED a hole in the market in order to grab a couple of pennants?

That's an interesting angle to view this, the Moneyball angle.  Wonder whether the other 31 orgs are "copying" the Royals mindlessly, or whether they are thoughtfully realizing that they've underestimated contact.

I've been researching this type of thing, and it's clear to me that the physics of succeeding by "reaching base on balls in play" and succeeding by "hitting the ball hard in the air" are quite different.  For even very skilled humans, attempting to do one makes you worse at the other, and the statistics bear this out.

Only a very elite few have been able to consistently hit both ways over the long haul, and they are the slam-dunk Hall of Famers.  Not surprising given that a hitter only has microseconds to figure out what to do and then actually do it, and all the uncertainty associated with a moving, spinning object in mid-air.

In the Dead Ball Era, there was only one way to succeed so everyone did it.  Now there are still plenty of guys with Dead Ball skills, but very few are willing to give up the notion of hitting the ball hard in the air.  Even the Gwynns and Bogges and Molitors got their dozen-plus homers.

There was Ichiro, of course, and, just in a quick glance, it looks like Dee Gordon comes up as a guy embracing Dead Ball skills.  But you have to look pretty hard.

This will be interesting: Leonys Martin is a guy who might get better if he stops caring about an ISO over .100.  Ketel Marte is someone who might be much better not trying to slug (it looks to me like his ISO over .100 this year was pretty flukish).

And the M's have an ultimate Dead Ball player coming up through the system in Aaron Barbosa.  Will they embrace him?