Skip to main content
A Glimpse into the Future
...carrying with us memories of the past 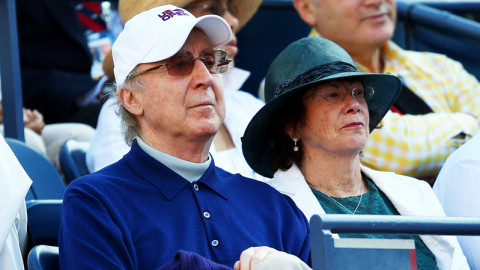 This weekend is a bittersweet one for Mariners fandom. Within our little community, of course, we mourn the loss of Jeff / Dr. Detecto - an irreplaceable friend and inspiration to us all. I cannot possibly do his memory justice in this post, but my hope is that he will be honored by its publication. On the baseball side of things, Saturday's matchup will be the projected return of erstwhile rotation king Felix Hernandez, whose decidedly sub-royal results in recent years have been the subject of his every start. Only this time around, the writing is firmly upon the wall - an offseason split looming, its necessity acknowledged by all. As the former ace seeks to rehabilitate his Hall of Fame trajectory (or even just his chances to start in 2020!) and the hometown nine their Major League talent base, the two will now do so apart for the first time. For a time, we can see the King and Court reunited at SafTarget Field (change is life), and remember former glories. But a few starts from now, those memories will fade - joining our treasured recollections of the glory days with others who have gone before. We wish Felix the best, but he is no longer our future.

That, however, is a thing also on display during this weekend's most ill-thought-out seasonal promotion: Toronto Blue Jay baseball. Joining infield fixture J.P. Crawford comes the first wave of minor league reinforcements - the first-fruits (second-fruits?) of GM Jerry DiPoto's endless mad tinkering with his real-life fantasy squad. Outfielder Jake Fraley may be destined to fill the fourth OF role for a future contending Mariners team, yet the limitations of his upside are as of yet not proven, and he has as good a chance as any of our MiLB outfields to stick in the starting nine. Tonight's starting pitcher makes his return to Seattle, but - fresh from his mental rehabilitation in AA - will make his first actual start, instead of following Yusei Kikuchi's one-inning 'off night' performance. Jitters managed and hopefully less feeling the need to prove his worth, Justus Sheffield should show the seeds of the future for the middle of Seattle's rotation.

September will provide an even larger window into the future's potential, as other intriguing callups will no doubt be made. Justin Dunn in particular is a pitcher whose talent I look forward to seeing; his upside perhaps now surpassing Sheffield despite some uncertainty regarding his eventual role. He will undoubtedly be joined by other deserving teammates, who have earned their first chance to make an impression upon Seattle fans in the glare of the Big Show. But for now, the arrival of Fraley and Sheffield - along with the return of the Once and Future King - provide a sense of anticipation and intrigue for the weekend's games which have been desperately needed in this rebuilding season. Watching them, as well as a resurgent Seager and emerging mainstays (Vogelbach and our catching tandem among them), should greatly up the entertainment value as the 2019 season winds to a close.

A playoff run is not likely in the cards for 2020... but seeing the shape of our next competitive team is a realistic goal, and that revelation starts with tonight's matchup. Jeff's with us in spirit... in the tamber of our conversation, the enjoyment of the game, and the sweet, sweet sound of that CRACK when bat meets ball, the crowd rises in anticipation, and another white sphere sails high into the warm, early evening air. Will the park hold it? Will it fly away? Only time will tell, but its journey is one well worth watching. I encourage each of us to pull up a chair, pour a glass of your favorite drink (or his), and turn on the game... and enjoy a first peek at the good things which lie ahead for us all.

...would be to build up this community, rather than merge into another site. If possible.

Any ideas, beyond what I've shared above? I can't provide the content to keep us moving forward, not solo and from Mexico. Back to a chat board? Any article writers willing to chip in on a regular basis, on a more 'comment on current news' kind of format like we've had here?

I'm on board with that

But nobody seems to want to post often.  It's been mostly quiet for awhile.  Could pick back up after the first truly white-flag season in team history comes to a close.

When thinking about the idea of creating a post, I've noticed that my comments don't seem to invite much conversation for whatever reasons.  I know my ideas aren't always popular and I've certainly said some crazy and stupid things from time to time.  My only guest post here was a flop.  In hindsight, trying to find some magical link that made Zduriencik's hitter selections make sense wasn't bound to go well.  I've never had another post idea, generally finding my thoughts in responding to other ideas and comments.