Skip to main content
Postgame
M's 1, Orcs 0
Why can't we have some fastball meat 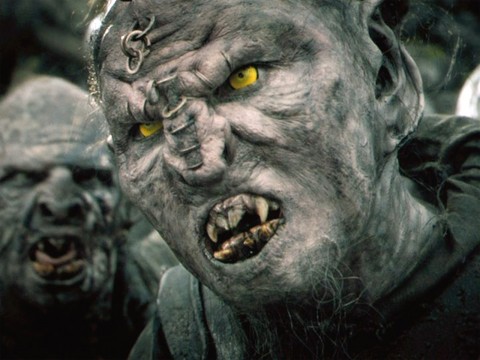 I asked Cindy, what would she write about the game or season?  She says, Robinson Cano going down reminds her of Ken Griffey Jr's injury in 1995 and the "Refuse to Lose" attitude from all the replacements.  :- )  I dunno about that echo, one way or another, but in 1995 it did seem like a different Scrub every night.

On Wednesday, John Andreoli had his family in from Massachussetts (?) to watch him collect his first ML hit and also to make a really critical diving catch in RF, one that not many RF's would have made.  Good on him and it reminded me of Alex Diaz in '95.

With two straight W's against the hated Orcs, we've put 4.5 games of distance between us (!) and nearly dropped them off the charts:

Haniger is day to day, as are all of us.  So by the time the M's get back to Safeco Field on Friday, maybe we'll be over this "automatic two outs" rubbish.  Dr. D has gotten used to making pitchers sweat and he's deeply resenting this "Free Parking" slot the gameboard is giving them.  Not only is our right fielder out, but our right fielder IS OUR SUPERSTAR PLAYER FOR QUADRATUM'S SAKE.  Mitch is batting .296/.381/.568 and we were all trying to decide whether he is the reincarnation of Al Kaline, Harmon Killebrew or Mike Trout (whose actual career SLG is exactly .568).  For future reference, Ken Griffey's SLG was .537 for his career; let's make sure Mitch's SLG doesn't fall below that line.  Here, why not type

There, I think we've established our point beyond any reproach, don't you

On a flat night in which players seemed to be playing A-7 "Omaha Lowball" poker, lowest score wins, Heredia had 2 of the M's 6 hits to raise his AVG to .299, his OBP to who knows what (about .450) and Dr. D's expectations to his batting leadoff.

A little more seriously, speculation is open again as to what Heredia's future might be.  (Defensively there has been some UZR complaint, but (1) Dewan has him even-steven on the year, (2) JeDi assures us that the M's internal metrics are sensational, and (3) the dude can play CF for me any time.

Where Heredia's 15:12 EYE, and magnificent OOZ%, might take him is an open question.

His curve ball is very obviously his best pitch.   It's a huge 2-plane yakker that he is throwing 78, 79, 80 MPH with great arm action, as a combo change-speed / swerve pitch the way Barry Zito used to, and Wednesday he was 20-for-24 throwing strikes with it.  How many clean base hits against it?  Um, none.  The 20 strikes were almost uniformly crackling in to break knee-high.

2.  The pitching is beginning to REMIND me (cause me to remember, put me in mind of) David Wells, Jimmy Key, Barry Zito, other 90-MPH control artists with 1+ BB rates and huge weaponized yakkers.  ... and you could tell a lot from the hitters' reactions:  they were consistently fouling 90 MPH fastballs back over the 1B dugout, telling you that they were trying to figure a way to barrel up his curve and change.

3.  Fact is he's got 4 pitches, though, not 2.  I just love the kid.  Not to make Baseball's Hall of Fame, but ... to have several good years pitching well for the Mariners?  Well, of course.  Why would he not?

It was a flat night, though, a day after a dreary rain-soaked game, no Khris Davis.  Nobody looked like they wanted to be there, except Gonazales.  So we don't expect him to run a 0.00 ERA the rest of the season.

7 IP, 0 ER, though, that ain't nothin'.  If you wanted me to trade Marco Gonzales to you, next six years, you'd need to give me a whale of a lot.  That's what I think he'll do over that time.

Tale of the tape

Went back and watched some youtube video of both Wells and Zito,  I tried to discern if there was a whole bunch of difference in their curve balls and really couldn't.  Oh, Wells may have thrown one that was a bit more bloopy and Zito's may have had a later break, but that may have ben the particular  videos and camera angles.  Maybe Wells threw his in the dirt fewer times, working it up in the zone a bit more, often near the top.  And maybe Wells backdoored it a bit more.  Maybe, on all of that.  They both shared a nasty cutter of some sort, up and in on the hands of RHB's and their changeups were a Monty Python "and now for something completely different" pitch, rather than the heart of their arsenal.

I wonder if lefty-bloopers age particularly well because A. Their arms seem to last, due to less fastball stress and B. Their game is built around the "feel" of having a batter off balance.  And that is a learned thing, something developed over time.  I also wonder if (like Marco this season) lefty-bloopers have more than their share of performances where they get bashed?  If your stuff tops out at 86 and your FB isn't a "No Mas" offering, then when you're off where do you run and hide?

Wells was either sharp or at least giving you a chance to win in 85% of his starts over those three seasons.  Marco is at about 60% this season.

Such things come with experience, I suppose.

rss feed seems to be back

I just got the backlog. We'll see if it keeps going from now on...

Big price. Can't say I love or hate this one, at first glance. Regret for Moore certainly, and a nice feeling about our 8th inning.

Ws Posting as you typed in your.  Go one thread to the left.