Skip to main content
Hottest Groks
State of the M's Blog-O-Sphere - Nov 2017
popcorn-machine winds, icy rain and gopher balls have left a landscape rather different than 5 years ago 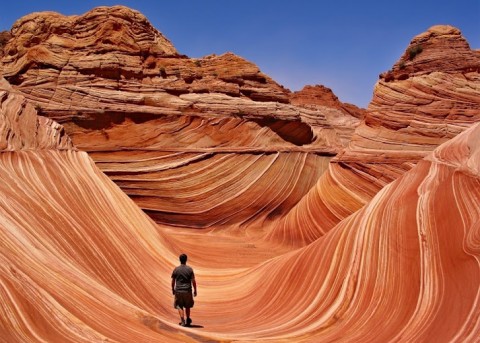 Chucky wrote a comment, thanks for throwing a 'tater in the pot bud, and we realized it could feasibly make for a lively chat ...

[Rick sez] Btw, outside of Root sports during the season and the statistics sites for statistics, doc, this is the only place I go for Mariner information anymore. You’re a great gatekeeper. To borrow from Simon and Garfunkel: I get all the news I need from the Jemanji report. The other great thing is the community vetts and augments your stuff so well. This has gone, for me anyway, from the best Mariner site to the only Mariner site.

There are other sites that talk about the Mariners?

The biggest is undoubtedly still U.S.S. Mariner.  Have to admit, totally without snark, that it's been quite a few months since I visited.

Second biggest no doubt is Lookout Landing - the SB Nation super-network site that is going to give you 100 comments on any given article.  Many times the comments are worth the price of admission - or would be, if there were a price.

Prospect Insider these days gets only the occasional article from Jason A. Churchill (nee' DiamondGenius) and his key staff guy, Luke Arkins, does a solid job.  It's not Luke's fault that at SSI there are 25+ commentators like Mojician and Mo' Dawg and SABRMatt who could be working the Jonah Hill role for some MLB team in Moneyball :- ) so I've really got to come down on the subject pretty much were Rick is.  If I were a doggie my ears would perk up at the sight of Rick, or Wishiker, or dozens of other Denizens showing up in the Active Threads area.

So yeah.  I personally think you're fine to just use SSI Chucky.  'course I *would* say that, as the proprietor of the area :- )

Bob Dutton's Twitter feed has, or had, the role of making sure you're not missing any big news going by.  A morning check of Big Bad Bob is going to ensure that the M's didn't just trade Jimmy Graham for Derrick Rose while you were busy typing in a comment about Thiago Vieiera and his fifty saves next year.

Rick's specific comment about "one stop news shop" got me thinking.  Aside from SSI, the only baseball stuff that Dr. D frequents are stats sites (like b-ref.com) and BJOL, along with the occasional Hardball Times article or Jeff Sullivan/Fangraphs shtick.  The Denizens here are plenty for me.

But I do like SportSpyder for the M's and perhaps ---- > a weekly linkage to that would cement the "gatekeeping" idea, make it predictable and reliable?

SportSpyder had one kinda-interestin' link this morning, that being SodoMojo's push for a deal involving Arizona 1B Yasmany Tomas.  (Wish Mo' Dawg would write a front-page article on that Cards hitter he has his eye on.)

James' Twitter feed mentioned last night that Kyle Seager led the majors in "long fly outs."  So his slash line was unlucky in 2017.

Want some chatter on Martin.

After years of complaining that the Mariners are HORRIBLE at keeping players both healthy and maximally productive for their ability, the Mariners are trying something new and bringing in a guru in combining sports psychology, sports performance analytics, and training science into a big-data-driven department to oversee player conditioning, mental skills training, and conditioning science.

She wrote a book...any of you want to read it and tell me how she thinks? :)

Who was that strength and

Who was that strength and conditioning guy Zduriencik brought in with whom everyone was at first so enamored? His popularity was quite faddish, it faded away with diminishing results.

This SEEMS different than that guy...but...we'll see

That guy (from P3) figured out something...

That baseball is not overall an athletic endeavor compared with football or basketball, so his efforts were better spent in those sports. He's still a very big deal with those athletes. Baseball has more in common with golf in terms of long days and swing planes and vicious cuts after standing around for long periods of time. And that's just on the hitting side. Pitching isn't like anything else in those endeavors. Hopefully Dr. Martin has a plan. I'm very curious to see it in action.

i reload a Google most days

A Mariners search with specific parameters.  Sometimes find more obscure sites that way.  That's actually how I found SSI which is not so obscure now as when the 2 pitch debate that got traded for Montero a year later showed up in that search.  Drayer and Edgar&Dave are others I check in that weren't mentioned.  And Mike Curto.

I'm not biting on trying to explain how a woman thinks Matt.  Steering clear.

Not biting is indeed the wiser course these days, but there was a time when...

One of my favorite movie musical numbers sung by Richard Harris in "Camelot" when he becomes perplexed by Guinnevere (Lynn Redgrave). It starts with a soliloquy that rehearses his frustrations, but resolves into a poigniant love song.

Hey Dr. D - not so sure USSM would be no 1 anymore unless that's based on their historical reputation only (even that would be debateable).  Whilst I highly rate Marc W's efforts at USSM, they routinely get less than 5 comments for a single post whereas LL sometimes surpasses 1,000 comments on a gamethread.

LL churns out lots of articles daily (3-5?) whereas last time I checked USSM a few days ago, the last article was uploaded in late September, over a month ago.

I didn't stop reading USSM because of their particular attitude slant...I stopped because they didn't have enough current content.

That blog is mostly dead.

I write for Denver Stiffs, the SBNation Nuggets blog

SBNation wants a ton of articles and Lookout Landing delivers. There are some smart baseball people there, especially about the minors. They have press passes to Tacoma games and talk to broadcasters and coaches. If you want some insightful stuff that isn't here, go there. On my current semi-hiatus from the Mariners I don't go there often. Y'all have most of what I need for my occasional mariners fix. But I do recommend it. ;)