Skip to main content
POTD
Edgar
as viewed from 60 feet, 6 inches by Mo and Pedro 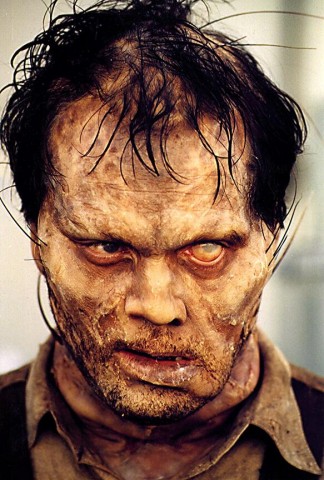 Got to wondering what baseball people talk about when baseball isn't being played.  ... no, seriously ... if you have any suggestions on what % of this winter's non-baseball shtick ought to be, lemme know?  We do about 10 articles a week; maybe you'd throw a few potatoes in the pot on, hm.  1 per week on the Seahawks, 1 per week on Konspiracy Korners, 1 per week on random Sports Is Life stuff we've been noodling on... or not.

Back to the first sentence ... five years ago "today" the Dec. 2013 Hey Bills were massively tilted towards salaries and stuff about baseball history, like when Josh Gibson and Satchel Paige HOF movements started.  There was one on Edgar, though, that I hadn't remembered:

I realize your position with the Red Sox might prevent this, but can you share what your 2014 HOF ballot might look like? I'm also interested in who you would vote for beyond the first ten, if you believe there are more than ten on the ballot deserving of eventual enshrinement. Finally, are the any voting process reforms that you'd endorse? Many thanks....
Asked by: EdgarFan
Answered: 12/24/2013
As to the ballot. . my Red Sox position certainly does not prevent me from saying what I have to say about the Hall of fame. But I don't think I've ever had a ballot. I mean, I KNOW I've never had an actual ballot, but I don't think I've ever drawn up a what-if ballot. It's just not me. As the voting process reforms. . .I've written about that issue hundreds of times, on this site and in other places. I wouldn't know how to summarize them here. Guessing that you are a fan of Edgar Martinez; I would certainly vote for Edgar Martinez.

(1) The fact that Bill James has never been offered one of the BBWAA's 400+ ballots, never ever.  What do you make of that?  There are a million cool places to take that, aren't there?

(2) Had you realized that James was decisively FOR Edgar?  For some reason my impression was that he was a maybe-probably.  He ain't.

I don't care much about the Hall of Fame one way or another, but the concept that "DH's are beneath the Hall of Fame" is one of the few things in sports that really aggravate Dr. D.  On a lot of levels.  As with everything else, Edgar has handled this with soooooooo much class.

Wikipedia's entry on Edgar had two quotes from the two best pitchers :- ) that I hadn't come across.

Retired Yankee great Mariano Rivera, when asked whether there was anyone he was afraid to face, said that he was never afraid, but "I will put it like this: The only guy that I didn't want to face, when a tough situation comes, was Edgar Martínez. The reason is because I couldn't get him out. (laughs) I couldn't get him out. It didn't matter how I threw the ball. I couldn't get him out. Oh, he had more than my number. He had my breakfast, lunch and dinner. He got everything from me."[9] Versus Rivera, Martínez was able to log a .579 batting average, with 11 hits during 19 at bats.[10]

Hall of Fame pitcher Pedro Martínez (no relation) also named Edgar Martínez as one of the toughest hitters he had to pitch against in his career because, Pedro said, he was very disciplined at the plate and "would foul off pitches that would wipe out anybody else."

Gratitous Paxton shill.  Edgar was considered lace-china fragile until his age-32 season; one year he came in on a ball from 3B, freakishly did a flip over the back of the catcher (correct me 'cause I'm remembering it a little wrong), and busted three ribs or something.  The yearly story was "what a player he could be if he could ever get healthy."  This went on for 5 years past where Paxton is now.  At age 30 and 31 he played 42 and 89 games, respectively.

Ah well.  That's probably not fair but it's just a baseball chat :- )

Random stat.  He averaged 99 runs per year and 96 runs per year.  That's despite playing his age 41 season, and age 40, and all those years, and despite not being able to run.  Or hit homers.  He's got to be the slowest, weakest player ever to rack up 100 runs and RBI a year long haul.

We are doing a lot of griping about the M's 16-year playoff drought.  Probably will do an Echo Chamber on some of the awesome comments from earlier this week.  But hey, what do you think of Edgar being in the dugout as our hitting coach?  :: basks ::  And doesn't Edgar personally take a lot of the sting out of being a Seattle Mariner fan?

Normally that's called the bullpen and since Paxton is right on the cusp of getting 9 figures as a starter, I'm pretty sure he isn't of a mind to go be a super closer. Edgar didn't get more healthy, the Mariners just let him into the batting box 4 or 5 times a game and onto the field almost never. They essentially covered him in bubble wrap and prayed - and it affected his earnings.  He wrapped up his career with a bunch of one-year deals due to that fragility and expected cliff.

The act of throwing is strenuous, and Paxton might tower over Bedard but seems to have his sort of tissue construction.  If the Mariners have ANY plans to pay him, they'd better figure out a routine that keeps him on the field.  They haven't found one so far.

Edgar being the Mariners' hitting coach is a dream, though.  Cruz's post-PED renaissance is stretching out to Edgar-like levels of consistency. Cano is hitting about as well as a 34 year old second baseman ever has. Seager struggled some this year, but not all year.  Haniger and Gamel both came out of the game like gangbusters and Mitch is picking that back up. The unfixable Zunino has become a productive hitter using HIS most valuable trait (power) rather than Gar's (patience).  Edgar's ability to help everyone with their own individual gifts and swings remains amazingly impressive.

The Mariners are extremely lucky to have him.  Maybe it's time to call Moyer up again and see if he wants the pitching job.  Maybe he can show Paxton how to stay limber enough to pitch into his late 40s.

Moyer as pitching coach. I

Moyer as pitching coach. I like it. Anything is an improvement over Stottlemyre, who I'm sure is a great and a knowledgable guy, just not productive as a coach.

Edgar as hitting coach, Moyer as pitching coach. Who else can we bring back? We need a manager, a bench coach, an infield coach, an outfield coach, a bullpen coach, and a baserunning coach.

According to Thomas Wolfe, "You Can't Go Home Again." But you might just kinda peek inside.

If we're getting nostalgic for Managers

1. He holds most Safeco home run records and he is an all time fave.

2. He is a work horse grinder overachiever just like Edgar.  (These guys make the best coaches)

3. He has an overabundance of passion and quiet swagger.

4. He is not currently employed and he has been retired for far too long.

Or just bring Lloyd back.

Manager: Ken Griffey Jr.  His All Star Game deployment when he got to play manager was hilarious; I'd like to be entertained if the team's going to stink up the place.

Bench Coach: Raul Ibanez.  He'll do most of the under-the-hood work while Jr. gets all the credit, but Rauuuuuuul never seemed to mind that type of role.

Pitching Coach: Jamie Moyer.  After all of our young SP prospects invariably blow out their arms and can only throw in the mid-80s, who better to teach them how to succeed at that velocity?

Bullpen Coach: Randy Johnson.  He'll be part of the machine that grinds our young pitching 'spects' arms into burger, since they'll all get converted to the 'pen where he'll whip them incessantly about their paltry radar gun numbers while snarling something about 'domination' and 'intimidation.'  Nobody will really know what he's saying because they'll all be too intimidated to pay close attention.

Hitting Coach: Gar.  He can just keep doing what he's been doing, though some more commercials would be good.

Baserunning/3B coach: Joey Cora.  He'll handle the press conferences when Jr. inevitably ruptures his patellar tendon getting out of the manager's recliner in the clubhouse (which he'll stoically no sell for about three days before finally admitting that, yes, his leg is ruined--again!)

Infield Coach: Omar Vizquel.  The water bug of water bugs; if nothing else, the infielders will feel wholly inadequate when fifty-something Omar runs higher UZR numbers than they do.  Always compete!