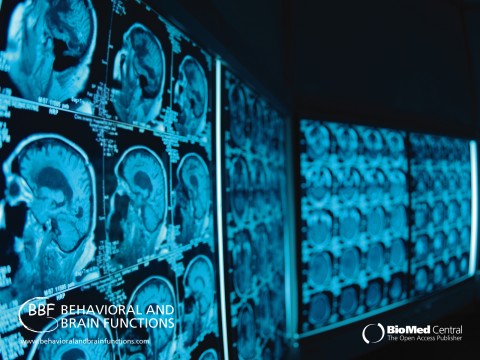 A few cubicles over, we had summarized James' (and my) suspicion that "injury prone-ness" could be the brain getting overzealous about stitching pattern labels onto a perceived syndrome that may not actually be there (much).  Terry added a 112-MPH launch-velocity anecdote.  With his permission I'll annotate.  With your permission you'll throw a potato into the comments pot about pattern recognition - how much RBI's have a real basis, or whether it takes us too long to assign a new pattern (Dipoto vs Armstrong), etc.

. . . I spent 18 months in a neuroscience lab. This might be useful background. James's intutition is spot on.

Slap me silly.  As my immigrant grandmother always said, what this world needs is more journo's who used to work in neuroscience labs.  ;- )

Part of what I learned is that the mammalian brain is at its base level an hypothesis generating machine.

Our IQ's would go up 10 points if we simply knew what a good guess was, and how to use it.  People claim "Occam's Razor" is a way to tell what's true.  Actually Occam's Razor is a way to simple make a preferable guess -- no more and no less, a guess more likely to help -- and to go from there.

If we all would simply begin with "My guess is that -- > James Paxton Is/Isn't Injury Prone," and go! from! there!, everybody understanding that the guess/pattern was a framework from which to work?  We'd be, um, effectively smarter.

That's one reason the SSI discussions on Paxton are intelligent, because people do realize that they're posing hypotheses and then they are reasonably discussing the hypotheses.]

The brain is always guessing, trying to make sense of things.  That's good, end of story.  Some people consider their own guesses "the best information available at the time."  That's bad, end of story.  It's especially bad in religion, for example.  ...

Here's a passage illustrating that:

(Gary) Lynch was introduced to Rick Granger, a computer scientist recently arrived in
from Yale. Granger had what he thought was a fantastic neural network model based on the work of the Swiss theorist Jean Piaget.

“Flabbergasted hardly begins to describe my reaction to this,” Lynch said. “I knew from some obscure course at Princeton that Piaget was total crap, and Rick's model had no neural in it, at least as seen on this particular planet. ‘Son,’ I says, ‘no idea what goes on back there at MIT and Yale, but you needs to get yourself into a man's world. Let's put those empirically derived learning rules into a simulation.’ ”

Granger went to work building a computer model of a learning system incorporating what Lynch had learned about LTP, (long term potentiation, a theorized process by which memories are made) in particular the timing rules dictated by the interactions of the AMPA and NMDA receptors and theta rhythms. The simulation used the random access storage system of the olfactory cortex as its base model. Granger ran multiple simulations on the model. He installed a computer terminal in Lynch’s office, with very precise rules about which keys Lynch could touch and which he could not, so that Lynch could examine the results of the simulations.

“One night, I am sitting in my trailer across from the university credit union, punching away on the machine . . . . and a network using LTP rules starts making categories - and then categories of categories,” Lynch said. “There's a moment to live for.”

If your interest in this article is casual?  Lemme sum up:  Granger programmed a simple set of rules -- simple compared to a human brain -- and that little set of rules was so powerful, packed so much punch, that the machine started mimicking a sentient person's thinking.

The power of pattern recognition.  Queen to h1 checkmate, baby.

It was astonishing. The machine – with heavy 2001: A Space Odyssey HAL implications about exactly who was really in charge here -  took over. Or, more precisely, Granger’s simulated network took over, and began building an utterly new system. The system, remarkably, was self-organizing. It was downright spooky.

“If you take the olfactory cortex and model it biologically and realistically and you use LTP rules, the thing automatically makes hierarchical categories,” Lynch said. “In other words, it goes, animal, bird, robin in three successive iterations without us telling it ever to do that. It just does that. The capacity of the thing is just dumbfounding. . . . It is a magnificent machine for assembling disparate things in the environment into categories and treating them as wholes and stacking categories on top of each other. It’s astounding.

And the way the human brain EDITS the 9,000,000 likely patterns at that moment -- weeds out "Impala" and pull-down menu's itself to "Car" - on occasion seems to occur in less than zero time.  Here we suggest a Zen contemplation on just. how. powerful. your neural net really, really is.

Many neuro studies find it "spooky" that the time used in our reflex actions is so small that it seems to defy physics.  Here is an article based off a neuro study of "precognition."

Lynch was fond of saying that if you weren’t being surprised, if you weren’t learning completely unanticipated things, you weren’t making discoveries,  you weren’t really doing science. The results of the neural simulations were utterly unexpected, or even imagined. Granger and Lynch had stumbled upon what seemed to be fundamental insights into a mammalian learning process that reshaped the world even as it was taking it in. If the model was correct, categorization took place inside the brain unconsciously at the neural cellular level. LTP sculpted the world even as it was being experienced. Such a system ought to multiply the storage capacity of the cortex many times by the mere fact of making the categories.

And Terry's conclusion brings the house down, also.

Many times in science, logic, and politics, our EGOS are in competition with our CURIOSITY.  You people at Seattle Sports Insider are an oasis in my life; your interest in ideas never ceases to inspire.

I lost my appreciation for Bill James when I saw some of his political posts.

Looked like the garbage my liberal sister in law spews.

This is the only portion of my online life that crosses over with Trump supporters who speak rationally. I am not trying to paint you with a wide brush, but I am genuinely curious if you could answer a few questions for me.

How do you feel now that we are 8 months into this experiment? Is this administration accomplishing what you hoped it would? Did the events of this past week make you rethink your support given the company that also strongly supported the president?