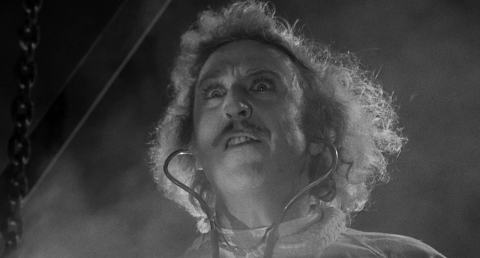 Mo' Dawg (Keith) has an article up under the "All" domain rather than under the "Baseball" domain.  So you won't see it even in the handy-dandy "Active Threads" conversation menu.  Don't miss it.  He lists 15 laws of Mariner physics and that gives Dr. D the chance to run a freebie URL!  Yeah baby!

Picking and choosing from his physics text.  Moe sez, and Dr. D volleys,

1.  The speed of light is somewhat slower than the pace at which the Mariner bullpen gets bombed.  Einstein said it was impossible. Altavilla says it isn't.

Heh!  True.  We notice however that the M's pen overall has an xFIP of 3.63, #11 among 30 teams.  And Altavilla's xFIP is #2 among relievers, second to Evan Marshall.  We agree with Moe of course and in fact made the point first.  But tough luck has made things look weird.  Objects distort visually when they approach the speed of light.

2.  You may have to be a HoF'er (and even then it may be nearly impossible) to string three career best seasons together after the age of 33. This means that some Nelson Cruz decline should have been expected.  Cruz's last three years, ages 33-34-35 seasons, were really his career best, with the age 33 season being (marginally) the weakest of the 3.  To expect another season like that may be asking too much.  David Ortiz ran his three best seasons at 29-31, and then saw some decline, although at age 36 and 40 he was pretty deadly.  Edgar's best were from 32-34, with (very) slight declines at ages 35-37.  Aaron's single best season might have been at age 37, but he was doing it in 100 less PA's than his great seasons earlier in his career.  But guys like Aaron aren't quite baseball mortals, and Edgar/Ortiz are just a heavenly notch below.  Cruz will hit.  But it's fair to guess he has some decline.

Hope there's nothing to this.  Moe has been right all too often, though.

Cruz has been a strange distortion of physics for a long time, like Nolan Ryan was; we hope James' corollary applies "Common sense tells us to let him find his own limits."

3.  Servais isn't very efficient in the way he uses his bullpen.  Or at least he isn't with a spaghetti bullpen.  We need our DL'ed RP's to get healthy.  I thought the skip was late to pull the Cuban the other night and he was late getting anybody uup in the pen last night.

I guess Zych was activated today, giving the M's an all-important ownership of the end of the Baseball Almanac.  As Aardsma gives them the front of it.  What's the over/under until Zych takes the 8th and stabilizes the roles?  Maybe 2.5 Zychs?

4.  Regardless of his homer, subbing Mike Freeman in for your 1B isn't much of a sign of confidence.  The confidence that Dipoto/Servais had in Valencia as the everyday guy has collapsed quickly.  Freeman, btw, had started a total of 2 games at 1B throughout his entire MiLB/MiLB career.  How do you not start Freeman, and Motter, tomorrow night?  Freeman has an ISO of just .109 in 300+ AAA games, with only 8 HR's.  It goes without saying that he's not your classic 1B.  But he should get a start tomorrow night, even vs. the LHP.  Actually I would love to see Servais go unconvential, and roll Haniger into CF, with Motter and Heredia on the corners, Freeman at SS (or Motter there and Freeman in LF) and Valencia getting to swing away at LH meat, which is what he was hired for.  Bench Dyson/Martin vs. the LHP Perez.   It would be a brave move by the skip, and some sort of admission that things are wrong.  Too brave, I suppose.  Won't happen.  Bet on Dyson in CF, Heredia in LF with Motter and Valencia in the IF.  I can live with that.  But it means we will like have an o'fer with Dyson. I think I would lead off Heredia.  Make it so, skip.

Guess we should have listened to Dawg more when he tut-tutted about the Opening Day roster, especially his warning to include two infielders if you're going to venture a 3-man bench.  He's looking like Nostradamus right now.  Could be a F-T-L time traveler.  Has anybody seen him and John Titor in the same room together?

Here is the preview for tonight's ballgame.  MyNorthwest is usually the first one with the lineups but so far they've just got this confessional by Dipoto.

By the way, the Rainiers' manager suggests that Ben Gamel's first chance will come when the M's face a blizzard of RHP's.  And that Heredia would logically play when we face several lefties.  Shows what he knows.

5. The double disaster in this start is that we've been losing to divisional foes.  Our loss, their win, another game back.

As Dipoto says above, They're "relying on the length of the season," as are we all - metaphorically speaking.  Unfortunately, like they say at ESPN, in reality we're all day-to-day.

7.  Moore is better than Gallardo right now.  Probably not that close. Might bet on Povse, too.  Soon enough Gallardo throws from the pen as #6.  Or 7.

Divish tweeted that Moore and Povse "could be in AAA by June."  Dr. D retweeted.  He's going to use his Twitter account again, mostly for baseball.  If a Pacific Rim nuclear war erupts, he'll probably mention that too, however.

9.  Dipoto can't cull Servais, 10 games in to Season 2.  To do so would be to admit, early and clearly, that the bigger error(s) is/have been yours.  Talk to me at game 40, perhaps.  But if you're canning the skip at Game 40, it may indicate that it is too late.

True as the Second Law of Thermodynamics.

SABRMatt or Wishhiker or somebody could look up recent Fast Firings.  I think we all know that Dipoto isn't a Fast Firer.  And I HOPE we all know that the Mainframe wasn't beginning to suggest a firing of Scott Servais.  Merely chatting about the weird start and how Servais fits in.  Dr. D would not have Servais on a hot seat, no way no how.  Wait till 2-10 at least.

10. Motter as Zobrist is becoming pretty likely.  Not necessarily that he hits like Zobrist (although he will hit decently well), but that such usage makes great sense.

Amigos, will your affection for Motter survive a 1-for-18 streak on his part?  Serious, as-emotionally-neutral-as-physics question.

Or, if you can't find the like button, feel free enter a 1-line comment.  Remember, you can surf over to SportSpyder and link us to stories we've missed; that's a GREAT quickie potato into the hobo stew.

Since we requested more comments, the Denizens have thrown 3 times as many potatoes as we ever thought possible.  Dr. D is grateful!  Makes the blog as fun for him as it is for you.  Which is to say, a lot more fun than the Mariners themselves.

You know what makes a potato delicious?

You know what makes being a fan of the Mariners delicious?  Absolutely nothing other than the people that are suffering with you.

Even the bright spots aren't as fun without them.

Heredia in the 1 slot? Here's to 2 times on base

For those who haven't paid super close attention, Heredia has a history of working counts very well.  It hasn't been ruled out yet that he could be an OBP guy in the bigs.

One of the many fun subplots; it's the main plot that is failing us.

Thanks for the daily material!

Long-time reader, first-(or maybe second?)-time commenter.  Been reading your and the gang's schtick for many years and really appreciate it.  Helps keep a sometimes unbearable team entertaining.  So thanks!!!

I guess the bright side to this woeful start is that the rest of the division is all clumped around 5 wins (+/-1), so our 2-8 start isn't quite as bad as it could be if Houston or Texas had streaked off to 8-2.  That being said, it sure is getting late early this year.  :(

The deal is still, I'll try to be more "daily" and you guys keep throwing potatoes into the pot.  Lovin' it.

A leadoff guy who gets on base would be pretty cool.

Was it conscious or unconscious that the still shot of Gene Wilder preceded your Saddles quip?  :- )

I gave you credit for picking the picture of Wilder as (a twin-ish) counterpoint to my picture of Einstein, which it sits next to.

Paul Fry is gone for a bit of international cash

The Orioles have acquired LHP Paul Fry from the Seattle Mariners in exchange for 2016-17 International Signing Bonus Slot No. 105.

So no, we couldn't sneak him back through waivers because he's a lefty who Ks 11 per. Might as well give him away then, I guess.

DiPoto is trying to drive me insane.

Can you say Andrew Moore?

No, that's how they added Freeman to the 40-man

So in order to compensate for Segura's hamstring injury they had to throw Fry overboard.  Tried to slip him through and failed.  Not well thought out, but that's the problem with maxxing out the 40-man with spaghetti, none of which you are willing to part with and yet somehow none of which can cover for your 2nd-week injury.

Putting Freeman on was #40

Someone had to go off the 40 man when another position player was needed due to Segura injury.

...we've lost some where I was happier with the methodology, so it's about time we win some purely for sake of the results. I mean, I won't complain about the pitching settling back down. But I've been too well-trained as a recent-year M's fan, 1-2 runs a night (with good pitching, wasted or no) just seems too... depressingly normal. I apparently need more of a recalibration than the last half week (not to mention 2016) has given me.

Has Felix forgotten how to walk people, or is that just me?

We better get used to 40-man roster crunches... there few more people coming back, and hopefully a couple coming up. Much as I hate to say it, we're either going to lose a few more like this... or JeDi needs to spin a mega-trade or three with impeccably precise timing. Speaking of JeDi...

Article-potato for the readerishly inclined among us: DiPoto interview from MLB.com. http://m.mariners.mlb.com/news/article/224022128/qa-jerry-dipoto-talks-mariners-direction/ - quite a few interesting scraps in this one. Such as:

"...I then learned how not to get so invested in your mistakes ... when you see the Draft pick or the trade that just isn't going right, don't compound the error -- solve the problem. Whether that be sending the player back to the Minor Leagues and letting him breathe a little bit or whether that means go find another alternative, it could be any number of things. [Former Arizona GM Kevin Towers] taught me that the job won't allow you to sit and watch the player sink; you will lose the player. You have to do the right thing for the human on the other end of things."

"We have now hired multiple people whose job is to sift through all the Statcast™ data, because it is mountains of information that we're still trying to fully understand."

"No, I never turn off the phone. I think now we're at 41 or 42 trades in total. I suppose it's Jedi mind tricks; we're talking the other team into dealing. For the most part, we know who the core of our team is ... this is a team that needed to be augmented on the periphery."