Skip to main content
Dr's R/X
The Mariners Had the Best Team in 2016 ...
but I'm not seeing a lot of runs on these white boards yet, gentlemen 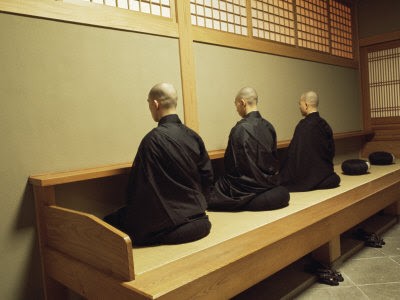 IN JAMES WE TRUST - ALL OTHERS MUST BRING DATA, Dept.

Let us all take a moment and assume Zen position.  Body relaxed and seated.  Spine upright or forward is fine, but leaning back will cause sleep and/or vertigo.  Eyes open and gaze down.  You might find it helpful to assume a slight smile, which indeed promotes positivity when thoughts appear in flow.  Keep "soft concentration" rather than agitated focus.  Enjoy the first 60-90 seconds it takes for your mind to settle into its meditation.

Now remember Brad Pitt acting out Billy Beane's part, throwing numbers at a white board.   Use all five senses to make the daydream as vivid as possible.  How much gloss did you see on the white board?  What did Jonah Hill's voice sound like?  What did the seats at the table feel like?  ... were you chewing gum, and if so, what flavor?  What did it feel like to realize that the other teams were leaving bases and runs on the white board for you to easily obtain at no cost?

Leaving culture, player attitude, and technical coaching out of it for the moment,* recreate the AL West offseason prior to 2016.  Which GM won the white board game?

How? did DiPoto win this game by such a clear margin?  Which bases were the free bases?  (Answers welcome below! .... )

The essentials of Tejas' season, if you're searching for comparable seasons, were as follows:

(2) This mediocre roster played a full +13 games over their Pythagorean expectation, that being more than four series' sweeps' worth of "undeserved" wins ...

(3) ... which moved them not from last to mid-pack, or from below average to above average, but moved them from .500 into the #1 seed in the playoffs

(4) Acing out a division rival that was clearly better than them...

(5) ... and which caused them to be perceived by everybody as a powerful team, despite general knowledge of Pythag

I don't specifically remember a case like this occurring in my lifetime.  For sure it has.  But I have never noticed a team getting AS lucky as Texas, IN THIS way, where they got credit for massive skill.

If you like to toke the dealer, throw a suggestion into the comments section below.  Would enjoy hearing about teams that had years like Texas ... and why they did.  For that matter, would like to hear why TEXAS had the experience that they did, beyond that floated in the next section.  Roster-based suggestions like yours, that is, rather than suggestions like mine based on conjecture and horse hockey.

And yet when the Mariners played Tejas, there seemed an inevitability to their 12-7 record.  Did there not?  It "felt" lucky when the Mariners scratched out a narrow little win, and "felt" scripted when Adrian Beltre jacked one into the seats.

Well, the stuff about "knowing how to win" is just noodling.  Dr. D has many takes on the 2016 AL West, most nonsensical, a few less so.  But here's the big one:

When you go back to the white board this November, assume Zen position again.  Then, notice that you go in to the winter with the best team.  "Playing catchup" is not the paradigm you seek.

Luck that they built on.

The Rangers in the first half played extremely lucky.  Then they traded for ALL THE PLAYERS and got Yu Darvish back.

2nd half Texas was

2nd half Texas was significantly a more talented club than the 1st half despite the run differential. They were both very lucky and good.

The Astros will likely be bettter next year and the Rangers worse.

The division will be won or lost in the offseason.

That's a scary thought. This is going to be a tough off season to make substantial improvements.

Going into next year, the Ms

Going into next year, the Ms have to go in with the assumption that the roster is going to get worse.

Cruz, Cano, and Seager just had near career years at the plate and aren't getting any younger. Felix is another 1-2mph decline away from being completely finished. Iwakuma is both worse, older, and had a career high in IPs this year. The only significant upside pieces are Paxton and Walker, and both have extensive injury histories.

A quality SP, 1B, and SS are the biggest need.

I'm being half serious - but

I'm being half serious - but did it have anything to do with Rougned Odor cold cocking tough-guy Abreu in the jaw on television? That combined with Adrian Beltre's sheer immunity to pain sets them up as a tough-as-nails group of guys, no? I feel silly even positing this, especially since you asked for data... Ha.

But they say a picture's worth a thousand words: 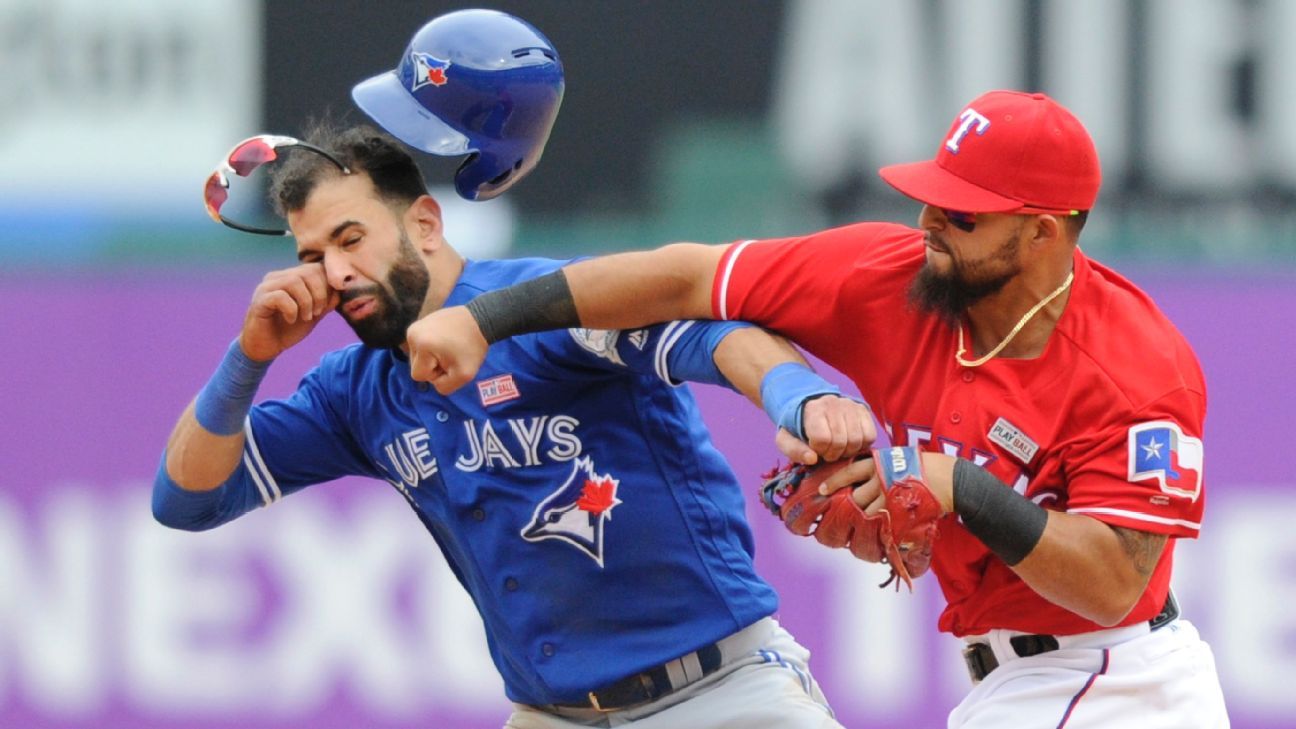 "Team that knows how to win"

It seems like the Mariners only felt comfortable when they were behind. That point in June, where the Mariners were on top of the world?  They just finished a road trip, then they came home, and were in first place.  Then swept by the Twins, then won a series, then swept by the Rangers, then had a six game losing streak to the Red Sox and Tigers.  That was rock bottom, and they had to climb out of a hole after that.  As soon as the Mariners were a .500 team again, they started playing well.

What made the Mariners hard to watch this year was that it kept losing the head to head match ups against the contender teams when it really counted.  The Rangers in May.  The Tigers in June, the Blue Jays in September.

My theory is this:  The Mariners are haunted by their own ghost.  The team hasn't made the playoffs in so long that the players press when they should be cruising.  Texas got to 10 over, then played .500 ball the last month.  That has to be some sort of skill set. The Astros are just like the Mariners. 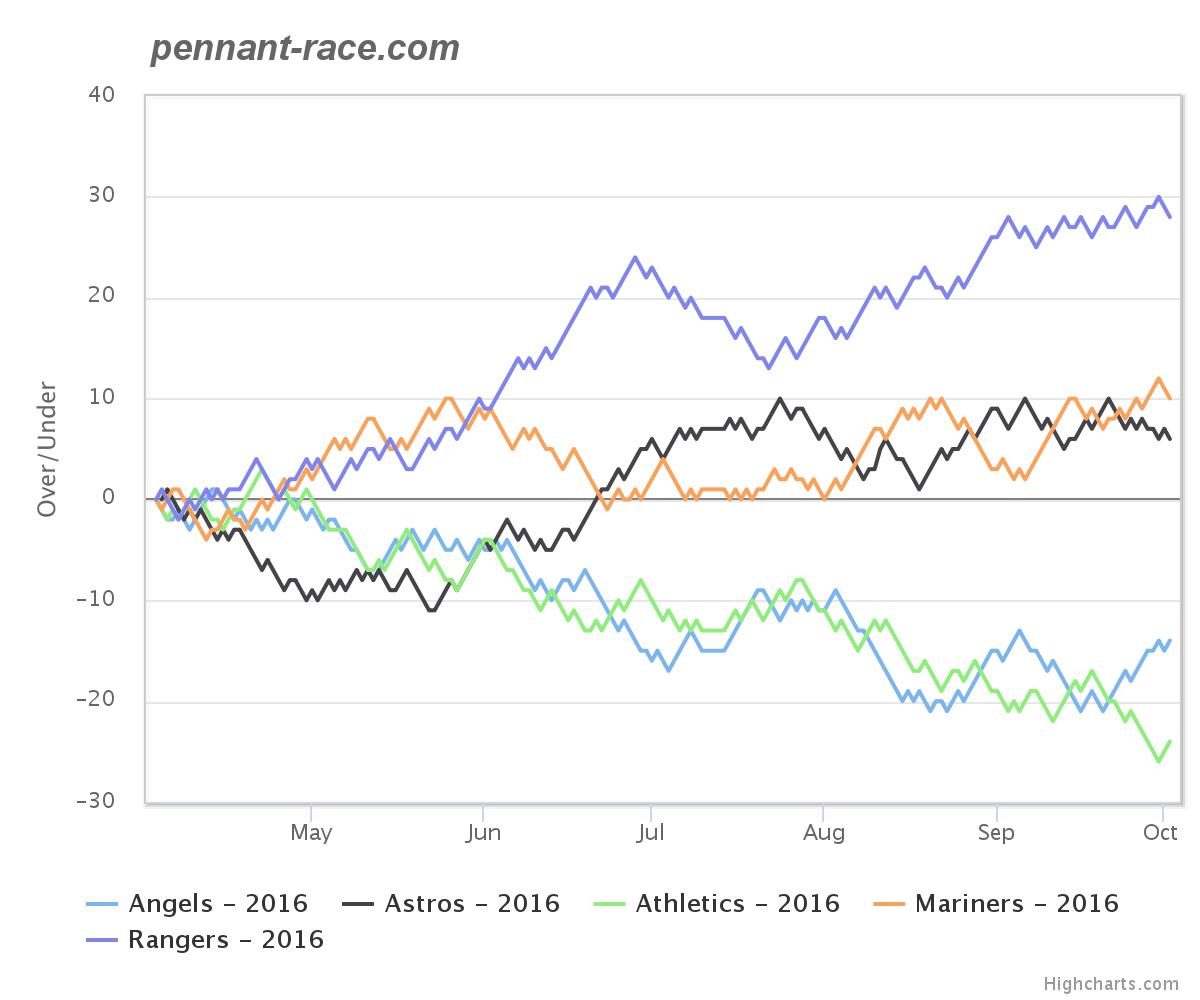 According to B-R, the M's were -22 in Runs Saved, 5th worst in the league.  Baltimore, Detroit, Minnesota and Oakland were worse.  Boston was +49, Cleveland +16 and Texas was at 0.

And they did that being platooned.  Guti was -1.2

Basically we ran a pathetic defensive COF out there. It appears to have cost us 2-3 games.  Did you know that the M's were 3rd in runs score in the AL but FIRST in runs scored by non-pitchers.  (Was there a better 3-5 in the league than Cano, Cruz, Seager?)   Basically that all means that in non-interleague games, games just against AL opponents, the M's were 1st in runs scored.

They were 6th in runs given up.  They were 7th best in total errors and 6th in Fld. Pct.

It does look like they underperformed.  COF defense appears to be one reason.

Let's please not sign both of Aoki and Smith.  It did not work out this year.  It may have cost us a playoff spot.

Lind and Lee cost us a combined 5 runs defensively.  I can almost live with that were it not for the fact that Lind was a .729 hitter vs. RHP, his specialty.  Lee was .775 vs. LHP.  I do bring back Lee.  But I'm giving 1st base to Vogs and letting him grow.

I would actually prefer we don't bring back either of Smith or Aoki.  Give a COF spot to Gamel, buy a good glove COF'er and use Heredia as your 4th guy.

How any times in M's history have three player combined for more than 112 HR's.  Our three bonkers went nuts....but we still sort of/kind of failed.  Pitching was decent.  Still we didn't win enough to be playing tomorrow.

Fix that problem and we're good.  Well, it would help it Marte found his bat again.  The league caught up to him and schooled him.  Time to adjust and improve kid.  But we have to find somebody to challenge him for the position.  It can't be handed to him again.  Did you know that O'Malley had a better RF/9 as SS AND a better Fld. Pct?  Had a slightly better OPS+, too.  Marte wasn't much this year, anyway you look at it.

a dime gets you a donut that DiPoto fixes that.  Good call.

Reminder though that the runs lost on defense are baked in to the ERA+, so the M's healthy lead in run differential and [OPS + ERA] would have been even larger than it was, given competent OF defense.

I wonder which SP's were hurt the most by fly balls just out of the reach of the lamp posts.  K-Pax and Taijuan?  Karns?  Younger SP's probably have a tougher time shaking off bad breaks.

About the only good thing about the current shout box situation is that occationally the shoutbox on the main page will be from some random article. Todays one happened to be a 2013 Paxton article. James Paxton. SSI BEST BET. I've been on board since then with Paxton, glad to have stuck with him. Have you made any more best bets? Since Maurer?

Miranda is a best bet, in my book.  Did you know he ran a 1.09 WHIP for Seattle this year?  He's a 27 year old lefty and Cuban to boot.  Lefties figure it out at 27 and Cubans run odd trajectories, anyway.  He gave up 2 HR/9...which is something you might expect from a rookie.  Next year he will miss in better spots.

He's a best bet to be a #4-5 who , once he learns to keep the ball in the park, will be a very nice addition to the staff.  He's better than Miley, except for the innings-eating credentials that Miley brings.

His interview on KIRO is prbably a good way to begin firing up the hot stove...

That interview is fantastic. Servais is surprisingly open. Love the comments on Cruz. Sounds like he's happy with Zunino and a new SS wouldn't hurt his feelings. I love the idea of Pedro having a little chat with Felix. And I'm kind of amazed Servais went there, even though they prodded him into it.

How were they not average on paper?  Co-MVPs came out of nowhere (Ichiro/ Boone).  SP was mediocre names.  Their only stars outside of the bullpen weren't stars the year before.  The All Star team was loaded with Ms that had never been there before.  Pythag? 109-53, so not quite the same in every aspect.

Let me just forget Edgar, Buhner and Olerud.  Why not?