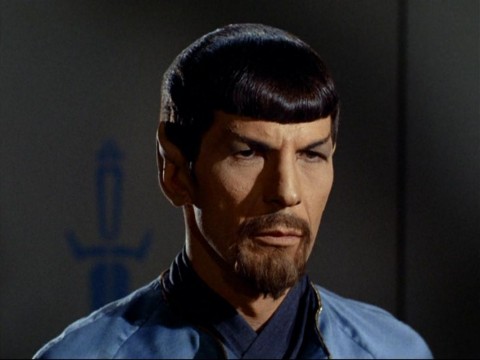 First a' three today.  Probably.  Be there or be square.

To start the festivities, Kendall Graveman threw 27 horse-hockey(TM) pitches.  Every ball a foot outside or right down the middle, usually the former.  The M's dutifully punished him with two walks and then Adam Lind(TM) roped a 105-MPH* three iron off the deep right center wall.  Weirdly, an Orc apparation then materialized at the base of the wall, backhanding a ball that I'll guarantee you Ichiro! would not have gotten to.  Either Josh Reddick is a much better outfielder than I realized, or he was playing 40 yards off the line.

Nate KKKKKarns was using his two-pitch whipsaw, per Dr. D's recommendation, which as you know guaranteed his success at the highest levels.

He did spin one curveball high and inside, and Khris Davis swatted it over the LF fence.  After the first third of the game, the Orcs were nominally ahead 1-0, but for once Dr. D was unworried.  The rhythm of the game was entirely in favor of the Elves, and we looked forward to a redemptive 5-2 victory.

Robinson Cano took the random Orc SP way deep to Cano's other power alley for a double and then Nelson Cano fisted a jam shot 300 feet deep between the other two outfielders.  (Try hitting a baseball off the handle of the bat from end zone to end zone!)  Adam Lind smoked a hot shot to left-center field, away from the shift, tying the score and putting 2 on with nobody out.  The Mainframe purred approvingly.  Mordor was under assault from Gandalf's reinforcements now, Samwise.

Unfortunately, Kyle Seager ripped a hard shot the other way, deep to LF -- 4 straight deep shots off Graveman to lead off the 4th -- but an Orc ran it down.  Iannetta got his pitch and just missed it, another hard fly ball to center field.

Whereupon!  In a "coin flip" game, Nelson Cruz then flushed 0.44 runs down the toilet.  On the fly ball to CF, he lumbered over to 3B like a Treant.  The Orc center fielder -- do we even want to know the names of these rotational Orcs? -- quizzically lobbed the ball over to 3B to end the inning.  I guess Cruz wanted to be in position to score on a single with two out.  He was also in position to score from whence he came.  Generally speaking, when you flush 0.44 runs down the toilet at your own initiative, you then deserve to lose a 1-run game.

But Mike Blowers had predicted that, on the third time through the lineup, the M's would cap Graveman's keister and report it to the police as a tragic accident.  After all, Graveman is a Billy Beane pitcher but he is not exactly Jake Arietta.

Blowers' prophecy was fulfilled in the 6th, when Robinson Blinkin' Cano and Nelson Blinkin' Cruz led off with back-to-back singles.  Anybody feel like they're watching the Big Red Machine(TM) out there?  Kyle "afterthought" Seager pulled a hard line drive down into the corner, scoring Cano, and Chris Iannetta singled in Seager.  At one point the hit tally was 11 to 4, and Dr. D wondered about this one morphing from Coin Flip Game to Mariner Romp Game.

The lead Orc manager then broke Craig Wright's rule of 27, allowing Graveman to pitch to Nori Aoki fourth time through.  Little Ichiro enjoyed this very much:  he slashed double down the line the other way ... and then took off for 3B on a stolen base.  An Orc catcher bounced the throw past third.  Aoki took a shinbone to the face, brushed off his face, ordered a taco, hot sauced it liberally, threw it down, then looked back and still scored in plenty of time.

The Elven leadoff hitter had taken it entirely upon himself to play Sweet Lou Add-On.  Actual leadoff hitters(TM) will sometimes do this.  The M's led 4-1 and KKKarns was in a rocking chair.

Karns ruined what would have been another glorious statline, spinning another curve ball to Khris Davis, who hit it deep over the CF fence.  The game was 4-3 going into the lates.

One of the local big blogs had unmercifully excoriated Scott Servais for choosing Joel Peralta as his short-term 8th inning band-aid, ranting that Servais had shown that he's over his head as a rookie manager.  When they did, Dr. D wrote them an angry open letter, which he then unpublished.  Let him know if you're dying to read it.  Otherwise he will trust to his better judgment and leave the article in dry dock.

Steve Cishek racked up yet another "hard save" with a 1-run lead.  Dr. D does not know what the stats on that are, the "hard saves" especially when you are facing the 2-3-4 hitters.  But Cishek spotted them a strikeout-runner 1B and cruised anyway.  Results aside -- 12 IP, 14:3 CTL -- Cishek is:

So you can pencil the lad in for 30 saves this year.  Maybe 32-for-38 or somesuch.  I dunno what the M's bullpen stats are, but they must be giving Evil Spock's a run for their money.

With the M's fireballer heading to the DL for at least a few weeks, I'd thought we should know something about his replacement.

He has 59+ innings in the MLB, with 4.25 ERA... nothing special numbers... and while throwing over 1000 innings in minors, still nothing makes him stand out.

This year for Tacoma though, he so far has almost stopped walking people. Before this year, his walk rate was well over 4 per 9 innings. this year he has walked 2 in 16 innings, while still striking out 20. Not the MLB competition, but it is something.

Fastball is 90 MPH give or take, with a slllloooow curve (under 70 mph), and change that is roughly splits those two other pitches at 79 mph... so he sounds like another Peralta, but??? we will have to see... but I am missing Zych already.

Hard to understand, with a glance at the numbers and video, how he gets guys out.  But that's what he's been doing.  Thanks Rain.

one of the good things about living in another time zones is your articles post in my evening. Could have sworn there was an article I had read but couldn't find it when I woke up the next morning

I read the open letter too - showed up on my Feedly, which keeps a copy even when something is unpublished.  It was a good read - nothing wrong with a little back and forth.  I hear it helps traffic too ;-)