Skip to main content
Zen
The Golden Goose
One Zen idea that gives you, Gentle Reader, a "broken" life advantage 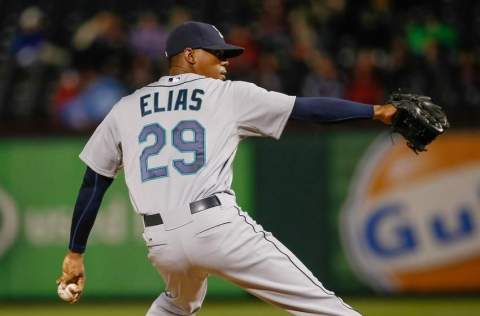 "Broken" like a trading card game has a card that is so "over powered" it wrecks the game.  Blastoise in the original Pokemon TCG spun energy in a way no other card did.  A broken maneuver.  Players who figured out the right combo of cards always won.  The game became useless.

Robert A. Heinlein always obsessed over man's evolution from Homo Sapiens to Homo Superioris.  This one concept alone, the life concept of the Golden Goose, does it for you.  A "broken" life strategy.  You're welcome.  As y'know, we live to serve.

Moshing off Bill James Online is, of course, an "over powered" move in favor of Seattle baseball fans.  ..  So Dr. D is a one-trick pony?  Sue him.  Plus, it's February.

Bill: "When there's a pitching change, television is going to show you a commercial." That is the most damaging thing baseball does to kill my enjoyment of the game. One team is rallying. The other team needs to put out the fire. Bring in the reliever. COMMERCIAL - la di da di da, la di da da, (change channel, do something else) - get back to the game, but the excitement is completely drained. They must have done some studies on this, but, perhaps, they weren't good studies. Those commercials that come on the pitching changes are hurting the product. Fans would probably have a better affinity for the sponsers, if they weren't so intrusive. Bring back those bullpen golf carts. Let him have 3 or 4 more warm-ups and lets get on with it. . . or no warm-ups as someone suggested to really deter mid inning changes.
Asked by: hotstatrat / John Carter
Answered: 2/3/2015
I would agree with all of that; it is the MOST damaging thing we do. Just a quasi-philosophical observation, because I am a Quasi. . ...when a direct benefit competes with an indirect benefit, the direct benefit has a competitive advantage such that it can overpower a larger benefit which comes in a more circuitous manner. The money that comes to teams/leagues/broadcasters from having a commercial break is a DIRECT benefit. The improvement in the quality of the game which would occur if they would stop doing this would, in my opinion, be a great benefit to the game, but it is an INDIRECT benefit. It comes first to the game itself, then the viewing habits of the fans. . .eventually it shows up in the pocketbook, but it meanders in that direction.

Not all of you kiddies will have heard the fable of the Golden Goose.  The, um, guts of it are:

That's pretty much steps 1-4.  The moral has something to do with greed.

:: sigh :: Like with Gary Larson's Far Side, it's sort of ruined if you explain it.

But --- > every single system in your life can be viewed as a golden goose.  If you do not ask too much of it, you can go back and withdraw that $20 again and again.  But if you leech it, you botch the whole thing.  F'r instance, Dr. D just spent an hour watching TV shows of Mrs. D's choice.  Usually he forgets this Golden Goose principle, but when he does, it pays off huge.  Happy wife, happy life.

Dr. D has  almost stopped watching the NBA because the last two-and-a-half minutes takes approximately six weeks.  You go to a commercial set and a couple of free throws break out occasionally.  Really:  I don't watch much any more.  The NBA is slicing open its Golden Goose that way.

Pitching changes are inherently coma-inducing.  On the other hand, the 2015 M's will live or die by coma induction.  It's like a 52-year-old playing a 14-year-old in tournament chess:  you can OUTSIT the kid.  Lock up the position and force a boring game into the 4th and 5th hours.  Guarantee you the kid will lose concentration and blunder, or will attack stupidly, or something.

Speaking of geese that lay golden eggs, here is BaseballHQ on Roenis Elias:

Decent, unexciting debut, but is there more here than meets the eye? Near-100 BPV in May-July. Gets plenty of swings and misses with change-up, curve ball. Bunch of GB, too. Ctl got wobbly in 2nd half, then September elbow strain ended season. If he puts injury behind him, gains stamina... UP: 15 wins, 3.50 ERA

We get either him or The Good Taijuan in the first week, and after some pitcher or other goes down, we get both of 'em.

... That which is in the interest of today's gratification may be inherently against the holistic good.  The 2015 Mariners may "outsit" the Rangers in a lot of games -- gain a subtle but palpable advantage in the grind of the 6th, 7th, and 8th innings of close games.

Baseball's rules are broken, but the Mariners are built to take advantage.  If basketball has no shot clock, and the rules mean that a 4-corner spread "stall" offense is to your advantage, I guess it's up to basketball to change the rules.

So we can relax into the leisure of a Mariner victory that isn't going anywhere soon.  And when Felix and Paxton are on the mound, grabbing the ball and hucking it as fast as they can, enjoy.