Skip to main content
Zen
A Little Parable About Fighting Spirit
lessee, how can I talk that guy into catching me in a short rib 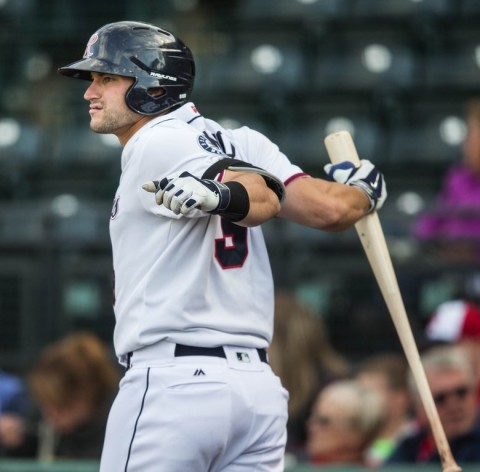 On March 8, 2016 in Israel, Yontan Azarihab was wandering out of a shop when --- > a card-carrying member of The Religion of Peace jumped onto his back, starfished him tightly all four appendages, and invited him to  chicken-fight the passersby in the street.  Possibly to indicate his insistence on the matter, the stranger began plunging a blade into the side of Azarihab's NECK.  Satisfied with his progress, the stranger ran into the store and left Azarihab to stumble out onto the sidewalk and collapse.

Whereupon Azarihab focused his vision enough to realize that his piggyback friend had left the knife in Azarihab's neck and his attention away, onto the shopkeeper.  Azarihab got back on his feet, Soldier, and pulled the knife out of his own neck.  He calmly walked back into the store and did unto his neighbor as had been done unto him.  The details become hazy to Dr. D after this point, other than that (1) the terrorist was shot dead by police later that day and (2) this little police blotter does not exactly describe the Spirit of '17, Seattle Mariners version.

You start looking through the stats and you realize that all sorts of things did good.  Hey, their ad hoc Internal Affairs bimbo rotation had a great result in September, did you know?  In Sept. the staff had a SLG allowed of merely .406 -- compared to .469 the month before and about .425 the rest of the season.  Its K:BB in Sept was 3.20, as opposed to 2.37 the month bfore, 2.29 in June, 1.96 in May ... you get the idea.  Despite Marco Gonzales, or rather because of Marco Gonzales, the M's 4-IP starters led them to some of the best saber pitching of the year.

It wasn't exactly because of a Top Down conviction.  Asked about his desire for a "marquee rotation addition" this winter, Dipoto responded inertly, "Would we like one?  Sure.  Do we need one?  No."  Not exactly the interview version of yanking a blade out of your neck and making its planter wish he'd picked a softer target.

Yet again, like an RNC or DNC spokesperson reading cue-card talking points, Dipoto narrowed his eyes and delivered the crowd's daily hypnosis into his "15-to-18 outs starter" vision.  Dr. D followed on by reminding the Denizens that for Erasmo Ramirez and Ariel Miranda, for Andrew Moore and Andrew Albers, this is a percentage play.  As baseball percentages go, 5000% is a good percentage.  That's how much better the M's pitchers were after they went to the LaRussa plan:  86 tOPS+ in September, compared to 115 in August.

Look at it this way.  Everybody knows that every pitcher is better throwing out of the bullpen, right?  Fifteen pitches at 96 MPH rather than a hundred of them at 91?  So why isn't 4 IP a variation on that?

Why isn't it a variation, is 'cause it IS a variation.  Give Miranda or Erasmo two times through a lineup and they're way better.  That's all.

Contracts coming off the books this winter:

Then Dipoto talks about finding a 1B, either Alonso or Duda or Moreland or LoMo, and somebody to play RF/LF after Hereniger moves to CF.  I guess you'll have to tell me where to put $30-50M after you pull the knife out of your neck, 'cause a new Skipper isn't going to be conjuring the pizzazz out of his laptop.

JeDi does make the interesting point that Guillermo Heredia played the whole second half on a ripped-up shoulder, and that he should be judged on his 1H numbers.  Fair enough:  he batted .274/.341/.365 with a .297 BABIP and good EYE ratio, nice work for a dazzling glove-first player.

But generally speaking, if you're looking to avoid another 78-84 and this time the loss of your job, you might want to think about deploying that $50M in ways that share dripping knives between two, not one, participants.

Zuumball's game.  Gimme 25 like him and one nail for everybody's bat.  (Was nice to see Zunino's SLG finish at .509, only one slot behind Logan Morrison.  Zuumball would have led 4 league teams in slugging average - from catcher.)

Dipoto was also asked whether Dan Vogelbach -- the player of the year in the minors, now -- could be part of the 1B solution.  "No.  Yes.  It remains to be seen.  In 2018, who knows."  Don't they have a Rule 5 or something for guys who keep repeating levels and stuff like that?  Well, maybe 'Bach will pull the knife out the PCL PITCHERS and plunge a few more times in 2018.

< Previous post
Echo Chamber on Bach
Next Post >
Does Vogelbach's Weight Bother You AT ALL?
Blog:
Zen
Tags:
Dan Vogelbach

Phelps is an ARB4 guy - which means he's probably going to be sitting right next to Diaz and Vincent and Pagan when the season starts. Smyly is also still Arb eligible next year; my guess is the Ms give him a contract for 2018 and 2019 with an nice option for '20 if he's recovered in '19.

I really like the idea of Darvish and Ohtani. Let me throw another idea out there - if the Ms sign those two they're obviously throwing the chips all in. I know Dyson is probably the better choice, but what if they traded something not-too-shiny for Ichiro? The idea would be to let Ohtani pitch, then day off, then two days in the field, then day off, then pitch. The three days he's not in the field, you have Gamel-Haniger-Ichiro, the other two days you have Gamel-Haniger-Ohtani. Heredia can pick up some of the days, too, for all four, and maybe on the day when Ohtani pitches to give Ichiro more breaks. Ichiro back in area 51 (albeit part-time) in a year that the Ms are really competing? Priceless.

Missing from a lot of the analyses of Ms needs is the need for a backup catcher. Ruiz looked REALLY worn-down at the end. I doubt he comes back. So who? Marlette? I think the Ms feel he needs another year in the minors. So who?

I'd really like to see the Ms re-unite with John Hicks, who's played the last couple of years with Detroit, after being lost on waivers in December 2015. Besides the fact that Hicks has really started to hit (.766 OPS in 2017), he also has played a bit of 1B for the Tigers when Cabrera went down. The Tigers are rebuilding and looking to the future and Hicks is already 28. Would an Ian Miller or Christopher Torres kinda guy be of interest to them? Let's see ... Backup catcher for Zunino - check. ... RH hitting backup 1B to either Alonso or Vogelbach - check. What's not to like?