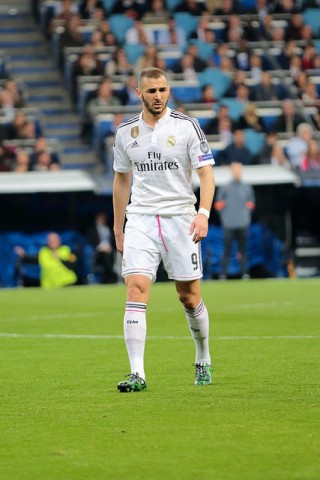 Yes, and as the two sides gear up for their match on Saturday in Madrid at the Santiago Bernabeu Stadium, there are several storylines leading up to the match.

Both Madrid and Barça have their own potent attacking tridents. The Catalans have Luis Suarez, Neymar and Messi while Real Madrid feature Karim Benzema, Gareth Bale and Cristiano Ronaldo (BBC).

Lethal as the BBC may be, they have been scoring at a depressed rate according to the stat sheet. Not only that but the B’s (Bale and Benzema) are just returning from injury. Bale has been back for a couple weeks, but this will be Benzema’s first game back from injury. It will be interesting to see if he shows any signs of rust or, stress from the wave of controversy that awaits him in France.

Word out of Spain is that four-time Balon D’Or winner Leo Messi could make his return after two months out due to injury. Spanish newspaper Marca reported earlier in the week that the Argentine returned to practice Monday.

The other two prongs in Barça’s trident have been potent as ever without Messi, with Neymar leading La Liga in goals scored. It will be noteworthy if they have any trouble inserting Messi back into the mix after the chemistry between Neymar and Suarez has grown so much.

El Clásico without the classics

This Saturday marks the first time in 15 years that Madrid and Barcelona are playing each other without Iker Casillas or Xavi Hernandez. Xavi has moved on to play in the Middle East and Casillas was shipped to Oporto in Portugal.

Although both squads have moved on swimmingly without their legends/captains, it will be a rare sight for fans of both teams to see the pitch without either.