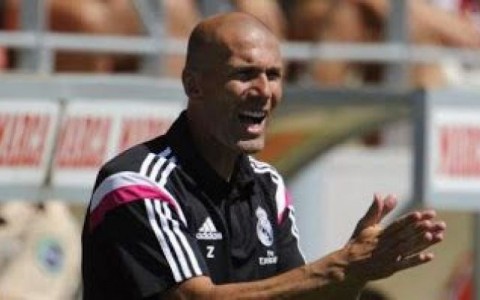 The Copa del Rey, what a great tournament. If you are not a fan of Real Madrid or Barcelona, it presents your team with the opportunity to hoist a trophy at the end of the year. Or if you happen to be a fan of one of the lower division clubs that start out in the tournament, it presents your club - of whom some of the players may be your relatives - the chance to share the pitch with some of the best players in the continent, if not the world.

Although if you indeed are a madridista or blaugrana, the Copa del Rey presents your with the opportunity to watch your squad's B team get some run. Not to mention, score some cheap tickets to watch in the stadium for once.

This is especially true for Real Madrid, who treat the tournament as glorified exercise, although that changes when they run into Barcelona. But if they happen to win the thing, no one will not not celebrate.

Thus we find ourselves on Wednesday watching as Real Madrid opened up their tournament as visitors against Culturesa Leon, a third division club from León, in the north of Spain. And wouldn't ya know it, they left out Gareth Bale, Cristiano Ronaldo, Karim Benzema and other headliners for the match up. Still, their bench players are no slouches, as they could probably start for many Champions League level clubs in Europe, best exemplified by the final score of 7-1 in favor of the away team.

Marco Asensio, Alvaro Morata, Nacho Fernandez and Mariano all scored for Madrid, with the young Asensio and Morata bagging two goals a piece. The seventh goal came via an own goal by Leonesa's Gianni Zuiverloon.

Los blancos, dressed in purple, could not get the clean sheet however, as Benja likely became a local legend by netting a goal for himself six minutes from time expriring.

The goal of the match, more likely the week, and possibly the year came from Nacho. Not one for goals as he plays in defense, he incredibly contorted himself in the air, striking a volley from James Rodriguez (remember him) at the edge of the box and into the goal. Pretty much everyone was in disbelief as celebrations held up the match for what seemed like warranting an entire half's worth of extra time.

That's all for about another month as Leonesa will likely get to experience what it's like to get thrashed at the legendary Bernabeu stadium for the second leg November 30.